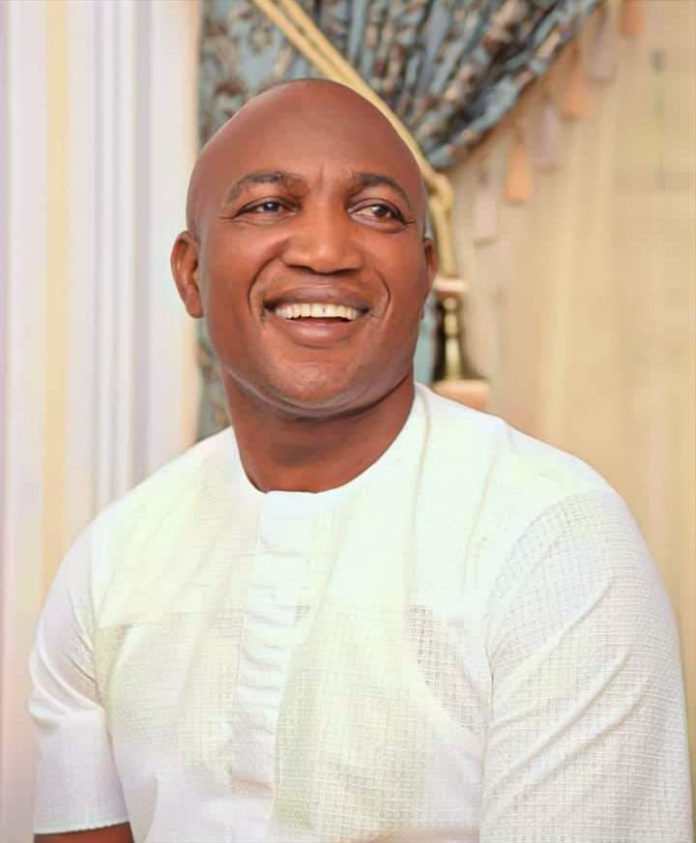 Expectations are heightening among inhabitants and political watchers of Bayelsa state politics as the state gubernatorial election slated for November 16 draws nearer. The query is centred on whether the Peoples Democratic Party (PDP) should continue to rule the state or there should be a change of party. In another insight, many are not inclined to supporting any political party to produce the next governor of Bayelsa state, but an individual whom they believe will embody them very well. If the postulations of people should be anything to go by, then Chief David Lyon, the flagbearer of the All Progressives Congress (APC), may be the next governor of the oil rich state.

Since Wednesday September 4, that Lyon emerged winner of the APC governorship primary election in Bayelsa state, it has been Hosanna in the Highest by the residents of the state that cut across party lines. What may look like expo of what should be expected in the election was what happened on the said September 4, when Lyon, in the APC primary polled 42,138 votes to defeat his somewhat closet rival, Diseye Nsirim, who scored 1,533 votes in the direct primary election, which was espoused by the party. The love Bayelsans have for Lyon was shown, when they didn’t vote for an immediate past minister and former senator who was in the race.

This love from Bayelsans for Lyon is immeasurable given his affable nature and philanthropic gestures. Bayelsans say they can give anything to support Lyon, a man whose interest for the development of Bayelsa, compelled him to institute all his business investments in the state. Also, the man behind him in the state in the person of Chief Timipre Sylva, Minister of Petroleum State, regarded as the leader of the APC in Bayelsa State, is not only loved by Bayelsans but also across the states in the Niger Delta county, for his grassroots brand of politics.

It is believed that when Sylva was Governor of Bayelsa, he did not only place people-oriented projects across the state but also empowered people beyond family or village lines. Another fact that may likely work for Lyon is that Bayelsans are wondering why Hon. Douye Diri, a serving senator, should be flagging the PDP flag in the coming election. Many believe that the PDP in the state had already politicized the party by this move.

Another crush that the PDP may face in the election that will pave way for Lyon is the fact that Chief Timi Alaibe, who was loved by the people failed in the PDP primary. If he had won, it would have posed a difficult time for Lyon in the coming elections. However, Alaibe came second in the primaries to the chagrin of majority of Bayelsans who believe that Diri is a stooge to the present Governor Seriake Dickson and was handpicked in the PDP primaries by the governor. It won’t be foolhardy to point out that since the residents noticed to godfather-like politics Dickson is supposedly playing with Diri, the people have pitched tent with Lyon, irrespective of party affiliation.

A commentator in a forum had this view about the PDP and APC candidates, saying, “After looking at who PDP presented and that of APC, it’s quite clear that David Lyon will come out victorious barring any unforeseen circumstances. Once again, PDP shot its self in the foot by presenting a weak candidate who is apparently perceived as a Dickson boy.”

It could be this notion that formed the views of Lyon against Dickson a fortnight through his Media Aide, Chief Gift Ebiki, saying that the governor is yet to understand that the entire PDP National Working Committee and the PDP Governor’s have abandoned Dickson in his wilderness. Juxtaposing to the claim, Lyon said, “This became clear that no National Executive officer of the PDP came for the flag-off of his candidate, Douye Diri; the only person that came was Chief Emma Ogidi whose maternal home is Ogbia Local Government Area of Bayelsa state; that is always at the beck and call of Governor Dickson.”

From calculation, it sounds obvious that the people will not want anyone that is associated to Dickson to govern them again because of what they christen his monumental woes. Although, no government in the world is perfect but if public opinion (which is part of governance) is anything to go by, then Dickson-led government seems to have failed the expectations of the people of Bayelsa in the areas of efficient road network, drinkable water, skyrocketing school fees at the state-own university, palaver with civil servents’ salary, and others. The people also blame ex-President Goodluck Ebele Jonathan for the choice of Dickson when he was president, something they added that has brought them untoward hardship and mishap in governance except Dickson’s attacks to opposing views.

Outlooks are that Sylva and the APC in Bayelsa made the right choice in Lyon, and if they had chosen Heiniken Lokpobiri, whom they believe can’t even win in election in his family, Dickson would have by now been celebrating the November 16 guber election before the date. It was however clear that before Lyon faced the APC primary, he had a team that was 100 per cent ready to face the primary. Today, speculations are that he has doubled the spirit of the team and Bayelsans are volunteering to join the team in making sure that no lapses are created for Dickson to have a field day on November 16.  There are strong overtures and convictions that Lyon is better to everyone in the race at the moment.

Conversely, when the businessman and oil guru, Chief David Lyon was cleared and confirmed qualified by the APC screening panel on Tuesday, August 27 2019, he had never shied away from telling the world his readiness to take Bayelsa to the next level when he becomes governor. Without a doubt, the people of Bayelsa have faith in him and are agog that his hurried entrance into the governorship race has started to change the political landscape in the state for positive. They also believe that Lyon, who said before the APC primary in the state that he was optimistic of winning the APC ticket in a free and fair contest and he won, will win the general election come November 16.

Odimegwu Onwumere is a Port Harcourt-based Poet/Writer. He can be contacted via WhatsApp: 08032552855, or E-mail: apoet_25@yahoo.com