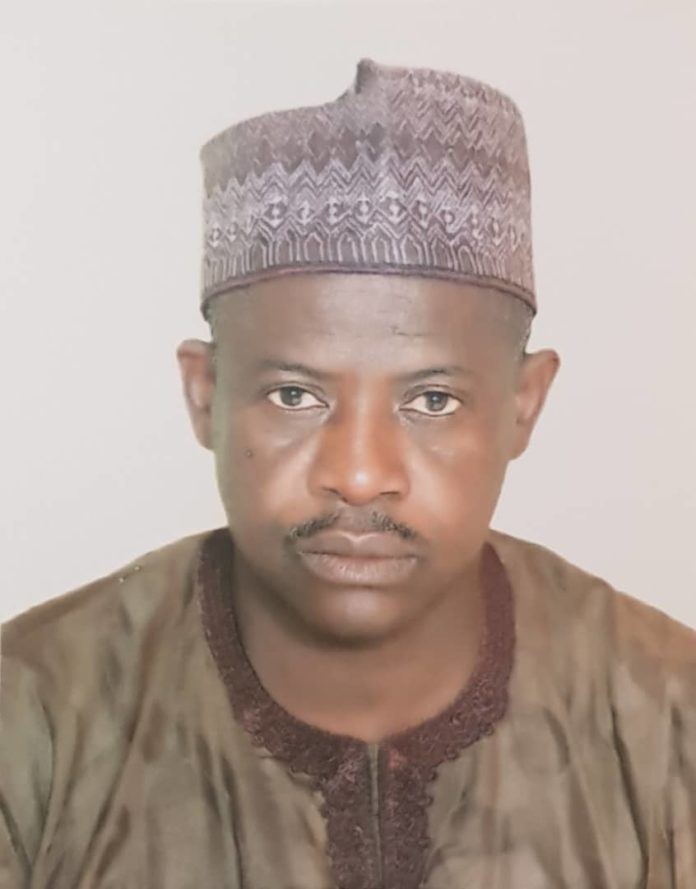 Salisu Ahmed Barau aka Wacos was a member of Bauchi State Executive Council during the administration of Malam Isa Yuguda. After a successful tenure as an Honorable Commissioner, he created a niche for himself in politics and remains an activist ever since then. He is presently a member of Bauchi State All Progressives Congress (APC) Media/Publicity Committee, charged with the task of rebranding APC for 2023 elections.

In this interview he granted reluctantly to our North-East Bureau Chief SANUSI MUHAMMAD, he said his mind on the state of affairs in Bauchi state under the administration of Peoples Democratic Party, PDP.

Q: Assessment of PDP’s one year in power

Wacos: Before I provide an answer to the question, let me put it on record that PDP inherited a healthy treasury to position it kick start running the affairs of governance with ease unlike what APC inherited from PDP in 2015 due to the then economic recession. Before it exited from power, civil servants were paid their monthly salaries as when due. The PDP government inherited no backlog of salaries. All counterpart funding with development partners were paid which necessitated the World Bank to start the Bauchi water project. APC had settled its obligation with the Universal Basic Education Board (UBEC). From UBEC only, PDP receipted over N5billion from the stewardship of APC. That

Bauchi state had the money for projects and other services were confirmed in the 100 days in office Media Interaction with the governor. Therefore, APC can best be described as a party with good financial discipline and the interest of the state at heart. And to be fair to the PDP, it has so far awarded some few road projects across the state nearing completion. Although, those few roads under construction lack any economic value to the state other than for cheap political gain within the localities they are situated, but it serves the intended political purpose it was designed to achieve from the ignorant. I hate to talk of the cost implication involved and how the contracts were awarded, but we all know that there are ongoing road projects at inflated costs in selected favoured locations attached with sentiments. What we expected was even distribution of projects as was customary but it is not the case. Secondly, as part of the PDP’s grand design for 2023, it has successfully introduced tribal and regional sentiments into governance. The PDP is targeting only Bauchi local government for votes in 2023 as we can all understand while votes of other areas are of no political value to the party so it believes. Thirdly, the situation it inherited on security to lives and property is still maintained. We salute the courage and determination of the Nigeria Police and other security agencies. They are doing a wonderful job in Bauchi state despite several obstacles.

Q: Issue of tribal and regional politics in government

Wacos: That is a very clear issue for further verification if there is a need. Political appointments are based on tribal affiliation or family connection in Bauchi state today. Anyone in doubt should peruse through the list of all political appointees with emphasis on the governor’s close aides. If that is done, then contractors should also be asked to give a sincere brief on how they were able to access contracts from the government if it is at variance with what we all know. Let me shade more light at this point. The contractor handling the supply of fuel to all government-owned generators in the state is a son to the governor. If that is not the case, was he awarded the contract through due process as may be claimed? Was he engaged in oil and gas business before or he was chosen for the contract because of his family connection? I think it is only in Bauchi state of today that due process means nothing and the State House of Assembly is watching helplessly. Most of the contracts awarded by the government in power if probed will reveal several scams. Let us not visit the State Universal Basic Education Board (SUBEB) or the State Water and Sewage Corporation or the Ministry for Local Governments and Chieftaincy Affairs that serves as a drain pipe of public funds. We are not complaining because we are seriously monitoring the government with uttermost concern as stakeholders in the Greater Bauchi Project.

Q: But several projects were executed within one year worth N45billion in Bauchi State

Wacos: That is a troubling question on the lips of all except beneficiaries of those claimed projects. The public official that made the pronouncement failed to give details of the projects and their cost implications and how they were awarded. I believe the man was trying to play over the intelligence of the governed because he occupies a public office accidentally.

Q: Allegation of purchase of 105 exotic cars at N3.6billion

Wacos: Most people are yet to believe that hard fact that sounds like a folktale. How can a responsible government of a poor state like Bauchi that depends on the monthly Federation Allocation for survival even dream of venturing into such a waste if not for a hidden selfish interest? It is not only the way the contract was awarded that is the food for thought but the company involved which has neither an office anywhere nor ever executed a contract of any nature anywhere for reference. Although, we all know how the contract was hurriedly awarded as revealed, but the worst part of the whole scam is that the vehicles were not even brand new ones as awarded. The first 12 that were delivered came through the Benin Republic without custom papers which generated a storm between the government and the targeted beneficiaries. Those 12 vehicles were reconditioned at the workshop of a local vehicles dealer in Bauchi. Adda Nigeria Limited is one of those companies referred to briefcase companies that can do anything under the sun for lack of credibility.

Q: You mean the company didn’t bid for the contract?

Q: But APC National Legislators are beneficiaries of the vehicles

Wacos: First, let it be clear to all that APC national legislators had at no time requested for vehicles from the state government for fear of mortgaging their integrity. They are not the greedy type but are satisfied with the little they have. Despite that, if the state government decides to extend support to them with public funds through a legitimate way, then they are liberty to accept such support without strings attached. They are indigenes of the state and are entitled to what is due to them. What we may hate to hear is when it comes to the level of probing the scam. APC national lawmakers should be exonerated because they are not part of the scam. They were only offered a gift in their positions by their state government. That should be placed on record for posterity. After all, not all APC national lawmakers are beneficiaries.

Q: What can you say on the N200million seized by the DSS at Bauchi airport?

Wacos: We appreciate the swift action of the DSS because that money must be from another monumental scam to do with AMCON. The money was timely seized and we learnt it was deposited at the CBN while the discreet investigation goes on. We are monitoring the case as it progresses because we believe the amount belongs to our state.

Q: What of the frozen N11billion at FCMB belonging to the state?

Wacos:  EFCC was brought in to unconsciously deny beneficiaries of that money for political reason. It was money meant to settle some executed contracts and other services by the exited government. EFCC was misinformed and it worked on that false information to have frozen the account. The State Accountant-General was mean with the truth because he was in the best position to have briefed EFCC but he failed to do that because he feared to offend the incoming government. The money is still hanging and we are made to understand that the PDP government is now making efforts to convince EFCC to open the account. That is wrong because the money was already allocated to those beneficiaries. If EFCC is not satisfied, let those beneficiaries be invited to give accounts of the services they rendered. We have already made a formal complaint to the presidency and other relevant organs of government for their information. We know of the ongoing desperation by the state government and how it intends to achieve its aim through the EFCC. We are carefully monitoring all the moves and we know what is involved.

Q: Possibility of APC bouncing back to power

Wacos: There is no fear in that because the present PDP administration has already cleared the coast for the return of APC to power. APC doesn’t need any vigorous campaign in 2023 and no matter the game plan of the PDP. Let me give a simple analysis of the situation. In 2019, it was APC that defeated APC, not PDP. It was those protest votes from Bauchi and Tafawa Balewa local governments that caused the defeat of APC not the numerical strength of the PDP. Despite that, the gubernatorial election was heavily rigged in Bauchi local government in favour of PDP which we all know. Today, those brains behind the rigging are a disappointed lot because of abandonment including aggrieved APC members that supported PDP to victory. They are today referred to by the PDP as ‘Yan Dale’ meaning imposers. Name any aggrieved APC member that supported PDP to victory in 2019 that has not been disappointed by the governing style of the PDP. Mind you, apart from few APC members that defected to other parties in 2019 which we still regret, majority of those aggrieved are still card-carrying members of the party and very relevant in the polity and we relate very well and we shall soon overcome the internal differences that divided us temporarily.

Q: Who is APC’s likely gubernatorial candidate for 2023?

Wacos: That is too early to say and I’m not in the position to say who will fly the party’s flag for the race but I know there are over 10 most qualified aspirants in the waiting warming the party and to slug it out within themselves when the time is ripe. Any of them that emerge as the candidate will have less to do with the campaign because of the situation at hand courtesy of bad governance of the PDP. We hope it will continue to be like this up to the appropriate time of the campaign when we shall just push them aside and take over with ease for a better Bauchi state.

Q: Education Minister and those occupying political positions in the Federal Government

Wacos: APC in Bauchi state is proud of the stewardship of Education Minister and his Trade and Investment counterpart and several others. They are committed to the ideals of the democracy, survival of the party and determined to always render the necessary support needed for success. We are grateful to them for regular support. 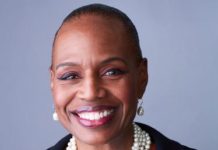 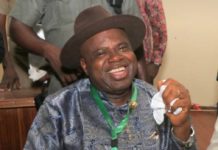 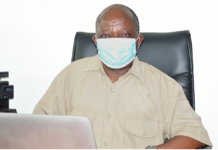 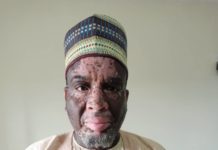