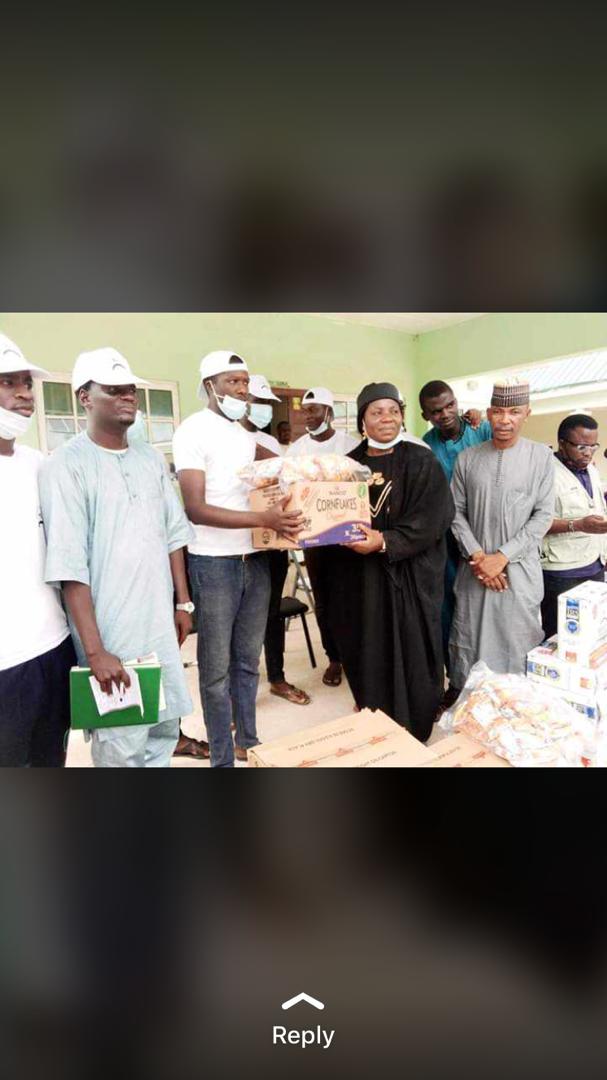 The Chief Protocol Officer to the Bauchi State Governor, Alhaji Umar Hassan has donated food items worth thousands of naira to the State Orphans and Vulnerable Children Agency (BASOVCA) for onward distribution to orphans and vulnerable children.

Presenting the food items to the chairperson of the Agency, Hassana Arkila, at the premises of the agency in Bauchi, the Chief Protocol said the gesture is to complement the efforts of the state government in alleviating the plight of less privileged members of the society.

Umar Hassan who made the donation through his humanitarian group, Ummaruje Care Foundation, said the group was designed for the laudable programme, welfare of orphans and other vulnerable groups in the state.

“The donation of these food items to your agency is part of our desire to assist in improving the living conditions of orphans and vulnerable families in our society. Our Foundation will work assiduously and support the administration of His Excellency, the Executive Governor of Bauchi State, Senator Bala Abdulkadir Mohammed in providing succour to the citizens for the betterment of the society,” he said.

Represented by the Chairman of the foundation, Inuwa Abdu, the Chief Protocol assured that the gesture will be extended to other categories of people across the state.

Umar Hassan used the medium to appeal to the entire people of the state to renew their support to Governor Bala Mohammed for the success of his administration and to achieve the desired objectives.

Responding, the chairperson, Bauchi State Orphans and Vulnerable Children Agency (BASOVCA), Hassana Arkila, who described the gesture as a timely intervention, said it will go a long way in assisting the agency to achieve its target of making the lives of the beneficiaries better.

“Whoever assisted orphans, Almighty Allah will reward him abundantly, I pray Allah to reward you for donating food items to our orphan,” she said.

Arkila, while assuring of judicious distribution of the items, called on relevant stakeholders to support the state government in its desire to improve the living standards of the citizenry.