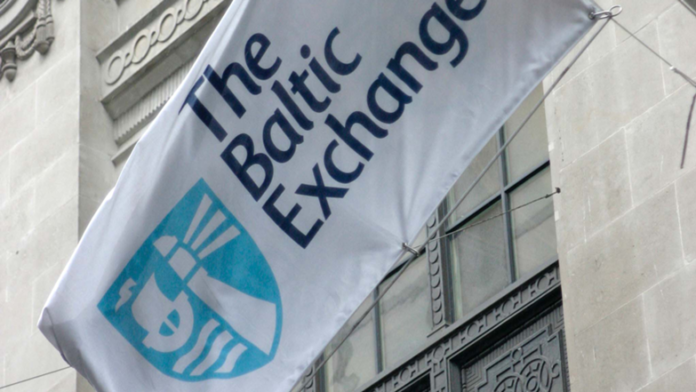 With the world fiercely focused on a decarbonised future, the Baltic Exchange says fossil fuel movers and traders should be reconsidering their future seriously. But, it however, pointed out that there are still reasons to be cheerful about job prospects for the 2020s and beyond.

Baltic Exchange is the world’s only independent source of maritime market information for the trading and settlement of physical and derivative shipping contracts. Its international community of over 600 member firms encompasses the majority of world shipping interests and commits to a code of business conduct encapsulated in the motto our word our bond.

Members of the London-based Baltic Exchange are responsible for a large proportion of all dry cargo and tanker fixtures as well as the sale and purchase of merchant vessels. It has regional offices in Singapore, Shanghai and Athens. In November 2016, the Baltic Exchange was acquired by Singapore Exchange (SGX), bringing together complementary strengths of Singapore and London, two of the world’s most important maritime centres.

An International Energy Agency (IEA) report on offshore wind power sees a 15-fold increase in global capacity with a cumulative investment of $1.00 trillion by 2040. Its Offshore Wind Outlook 2019 sees falling costs, supportive government policies and some “remarkable technological progress”, such as larger turbines and floating foundations underpinning that growth.

Analysts have translated this huge potential into increased demand for steel. They foresee strong demand for heavy plate, which is used in construction of the turbine towers, especially in the foundations.

They report that typical offshore projects consume plate at a magnitude of 100,000t or more. “These are therefore substantial demand generators for plate mill output, given that the mean capacity of reversing plate mills in the EU28 is 400 kilotonnes per year.”

While offshore wind projects have been focused on Northern Europe to date, this is expanding to beyond that region, and as Europe already consumes a significant proportion of total reversing mill plate – around 10% of total annual volumes for the region – growth outside of Europe could really bolster steel plate demand… and trade.

The Principal Wind Energy Consultant at Wood Mackenzie, Aaron Barr, said at Breakbulk Americas that the company’s latest forecast is for US wind energy projects in 2020 to break 2012’s record by “a pretty wide margin.”

And that’s just the start – the IEA sees offshore wind with potential to grow far more strongly with stepped-up support from policy makers. Today, offshore wind capacity in the European Union stands at almost 20 gigawatts. Under current policy settings, that is set to rise to nearly 130 gigawatts by 2040.

“However, if the European Union reaches its carbon-neutrality aims, offshore wind capacity would jump to around 180 gigawatts by 2040 and become the region’s largest single source of electricity”, says the IEA.

China, of course, has a massive role to play in wind power-driven demand for steel. The IEA predicts that by around 2025, China will likely have the largest offshore wind fleet of any country, overtaking the UK, with its offshore wind capacity rising from 4 gigawatts today to 110 gigawatts by 2040.

“In the past decade, two major areas of technological innovation have been game-changers in the energy system by substantially driving down costs: the shale revolution and the rise of solar PV”, said Dr Fatih Birol, the IEA’s Executive Director. “And offshore wind has the potential to join their ranks in terms of steep cost reduction.”

Those who know better say there is another factor to consider. Plate demand growth stems not only from volume growth of installed offshore wind capacity, but also from the changing intensity of use of plate in that capacity. Further, deeper water installations require more steel for foundations. In simple terms it seems likely that additional domestic plate capacity could be justified to meet expected strong demand.

According to the Baltic Exchange, other commodities to watch to offset future fossil fuel losses are cobalt, nickel, and copper – all essential elements for electric vehicles (EVs). Policy shifts are playing in the favour of EV production, which will call for a surge in the metals needed for their production. For example, the UK government has confirmed up to £1bn in funding to develop and embed the next generation of EVs, while US Senator Lisa Murkowski has proposed the introduction of a Minerals Security Act to streamline domestic regulation and permitting requirements in the country’s energy metals sector.

Both moves complement the growing number of countries that plan to ban sales of passenger vehicles powered by fossil fuels in the future, which will come into effect as soon as 2025 for some European countries.

In the mean time, the copper market faces a shortfall of 8m tonnes in 2030, predicts CRU, with the supply gap between mine output and copper demand opening up during the 2020s and then expanding rapidly.

EVs need up to 350% more copper than an internal combustion passenger car and currently there are no viable substitutes. By 2040, Wood Mackenzie predicts that passenger EVs will consume more than 3.7m tonnes of copper every year.

But while the climate protests taking place around the world might speed up the search for commodities that support the green agenda – and consequently a shake up in trading patterns – coal and oil traders might be able to wring a few more years out of those cargoes.

In its latest annual World Energy Outlook, the IEA predicts that global oil demand growth will slow from 2025 but is unlikely to peak in the next two decades. There will, however, be a marked slowdown in demand in the 2030s.

However, future predictions on fossil fuel demand are crunching population growth numbers. They do not take into account sudden shifts in environmental policies to appease growing public unease about fossil fuel consumption. Coal and oil might be safe today, but there is no guarantee they will be safe tomorrow and those involved in their transportation should be keeping a weather eye on the rising stars of the commodity world.