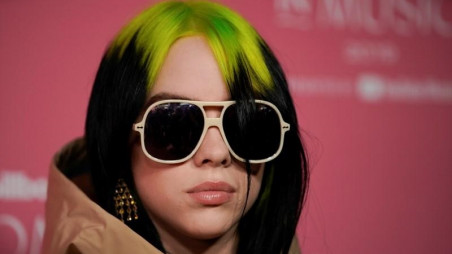 Billie Eilish’s ‘bad guy’ has officially been named the biggest global single of 2019 by the International Federation of the Phonographic Industry (IFPI).

‘Bad guy’ is the fifth single from Eilish’s first album WHEN WE ALL FALL ASLEEP, WHERE DO WE GO? and was released alongside it on 29th March 2019. The song was an instant hit, topping the charts in more than 15 countries around the world, including the US, Australia, Canada, and Mexico. Bad guy became Spotify’s second-most streamed song globally last year and, according to Shazam, was the most-searched-for track of 2019.

The global single won Record of the Year and Song of the Year at the 62nd Grammy Awards in January 2020, making Eilish the youngest-ever artist to win the latter category.

According to the CEO of IFPI, Frances Moore, “Billie Eilish has taken the world by storm with her incredible voice and genre-defying sound”.

“She is also an artist who addresses important issues like mental health in her lyrics which clearly resonate with her fans all over the world. We wish her success for what will no doubt be another standout year” She said.