In this interview, Nigerian professional Chef, Kelvin Akibe who talked with TNC’s Timilaemi Vivien shared insight on why he decided to pursue a career in the culinary industry and not in his field of study. He harped on his journey so far and also gave tips for people who want to venture into the food industry. 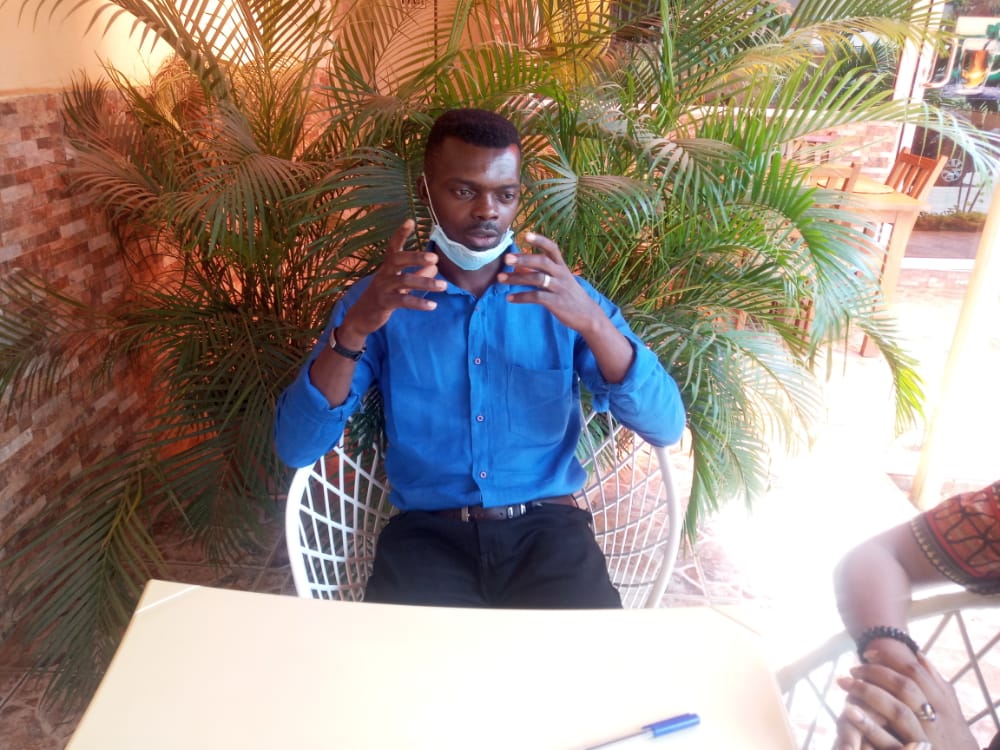 TNC: Let us start with you telling us a bit about yourself, your childhood, and growing up.

Kelvin: I was born in Abuja, Karu L.G.A but I’m from Delta State, Isoko to be precise. I attended a government primary and secondary school and a polytechnic at Ile-Ife, Osun State. I went further to do a culinary program at Transcorp for 3 years, so during the course of my program, I also enrolled in the National Open University of Nigeria. So, I have an ND and a BSc in Mass Communication and a couple of other culinary qualifications.

TNC: Oh, that is really impressive. So why did you totally abandon your field of study to enter the food industry?

Kelvin: One is like talent, and the other is a passion. Considering the state of the country, most times what we want, we can’t get it. I like social media, but I think I have a passion for cooking. The cooking actually came before the school. Growing up, I did a lot of cooking at home; my siblings would always tell me, “you’re good o, don’t you think you should take this thing serious?” At first, I felt cooking was a thing for ladies, but I was wrong. When I got to Osun, I actually applied for Hotel Management, but the course was an affiliate one in the school, and I would have to run it in a different institution. After considering the distance and transportation, I decided to settle for Mass Communication instead. But the truth is, I think both of them have a nexus, especially in today’s world of social media.

TNC: You mentioned that your family had always liked your cooking; does that mean you had their support all the way when you decided to take it seriously?

Kelvin: Yes. They felt it was a good career, but you know, like 25 years ago, people felt cooking was for ladies only, but when they saw the professional touch I gave, they confirmed I was good and had no objections. 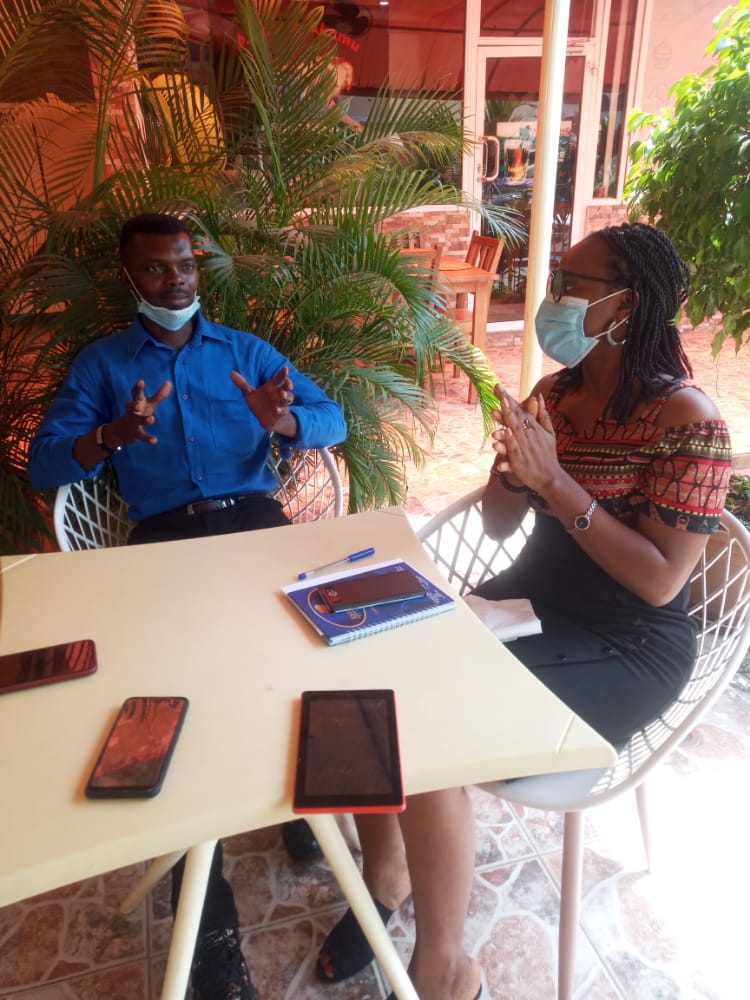 TNC: The industry requires that you relate with people very often. How has your journey been so far? How often do you experience difficult clients and how do you handle them?

Kelvin: Well, I meet people every day and the truth is that working close to the fire is the most difficult work anyone can ever do. It comes with a lot of pressure. In fact, when you’re working close to the fire, you are prone to always raising your voice, and that is where passion comes in. If you love your job, then you will know how to work on it, so you won’t feel like it’s stressful. That is what makes you different from other people who do it for money. You try as much as possible to keep calm, to talk to your clients in a way that will make them come back. This job is more than just cooking; it’s the way you relate with people. Communication is key.

TNC: In the industry, are there other chefs you look up to, aspire to be like, role models, mentors?

Kelvin: Yes, there are. There’s Chef Fatima, she’s one of the most qualified chefs in the country. We have Chef Bez and another one whose name I do not remember at the moment but he’s the one running the Knorr Kitchen TV show. We once attended a program together in 2015 so I got to meet him.

TNC: You recently became a father, congratulations on that. So how do you manage career, marriage, fatherhood, and your other projects?

Kelvin: The truth is that it has not been easy. Right from the time of the pregnancy, sometimes I couldn’t sleep at night because she couldn’t sleep too. Even now that she has delivered, I can’t say that I have had enough sleep. Most times, when the baby cries, I have to be awake with her. Both family and work are important; the work foots the bills, but the family is what you are working for. Before going to work, I try to assist as much as I can, play, chat with them, etc. And the same thing when I come back, I don’t just go to bed and leave all the work for my wife. I don’t want them to feel like I’m absent.

TNC: Do you have plans of opening your own culinary school or establishment?

Kelvin: Currently, I have a project I’m working on though it’s on the low. There are other things I need to do to enable me to put it out there. I’ve had a few students, both physically and virtually but for now, I can only say let’s see what the future holds. I don’t think I want to own a culinary school. I can manage restaurants, come up with innovative ideas, but I don’t see myself starting a restaurant from the scratch.

TNC: We all know that there is big inflation on food products and raw materials in the country how are you able to maintain the quality of your dishes without spending too much?

Kelvin: A lot of people call themselves chefs but there’s a difference between chefs and cooks. A chef will calculate all that is needed, remove the cost price and selling price before getting his/her profit. Most people try as much as possible to cut down costs, buy low-quality ingredients, etc. just because they want to make a profit, and it’s not supposed to be so. You are supposed to strike a balance between making a profit and serving quality. A good chef also does a lot of market surveys before settling, you check for quality, prices and try as much as possible to stop buying things from exotic supermarkets. There are some places that sell quality ingredients but because the place is not very sophisticated, they are not being patronized. There are some things you buy from supermarkets and there are others you buy from the local markets. With adequate cleaning and processing, they can be used. By doing this, you find out that you save money while giving quality at the same time.

TNC: So in your journey so far, have you ever had a bad review from a client?

Kelvin: Truth is, it’s not easy to work with/for people with different ideologies of how something should be, especially food. One thing I have maintained is that before I leave a place, I try as much as possible to make sure that even if I have to come back to that place, I will be welcomed. By God’s grace, I’ve not had bad reviews but rather I get recommendations. The only issues I’ve had are issues on the job like disagreements and all, which is normal.

TNC: Let’s talk about Nigerian chefs generally. First of all, is there a general association for Nigerian chefs where you share ideas, give awards and all, and are you part of any?

Kelvin: If you go through the different social media platforms, e.g. Facebook, you will find a lot of groups but for me, I haven’t found a reason to. For me to be part of an association, it means that I have to be benefitting from it. I don’t think we have gotten to that level to have an association. These things have advantages and disadvantages. Before I can join any association, I need to see that the people there have done something or impacted me one way or another, so there might be one or more but I have no interest in joining. Maybe I’ve just not found the one for me. My work speaks for me and also the industry right now is not very organized. We even have more expatriate chefs than Nigerian chefs. They are given more preference than Nigerian chefs because they are willing to work for less pay while being very good at what they do.

TNC: Speaking of Nigerian chefs, do you think they get the recognition they deserve in proportion to what they do?

Kelvin: Although our work speaks for us, there are still some chefs whose characters are not very good. This job is more than just cooking; it also involves sincerity, patience, and good communication. The work goes hand in hand with sincerity. In this job, if you have the mind-set of “I know it all,” you will always have issues and not be recognized for your work. Personally, I feel a lot of chefs are doing well when it comes to their cooking performance but they have very flawed characters. The industry is growing gradually and with time, we’ll get there. The ones, whose characters and performance are in sync, are getting the recognition they deserve. 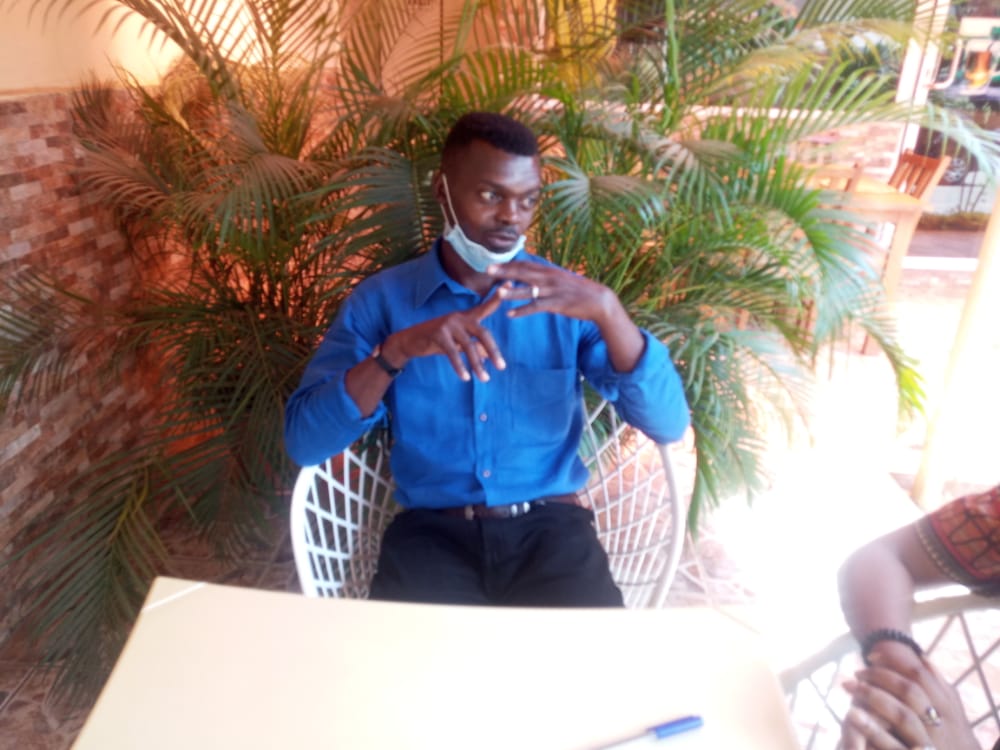 TNC: What is your advice for people that want to venture into this industry?

Kelvin: I would encourage them because we can’t be here forever; we need people to carry on from where we stopped. It is a very good career path if you have a passion for it. If you don’t have a passion for it, don’t even think about it. Don’t look at the monetary aspect and say “oh, the money is plenty; I can survive even if I don’t like it”.

TNC: So, it’s a career path you don’t mind your children going into?

Kelvin: Yeah, I’ll love it if my child or children take after me. The best way to enjoy this job is to start early and resign early. You don’t expect me at 60 to stand in a kitchen or start running around to organize things. 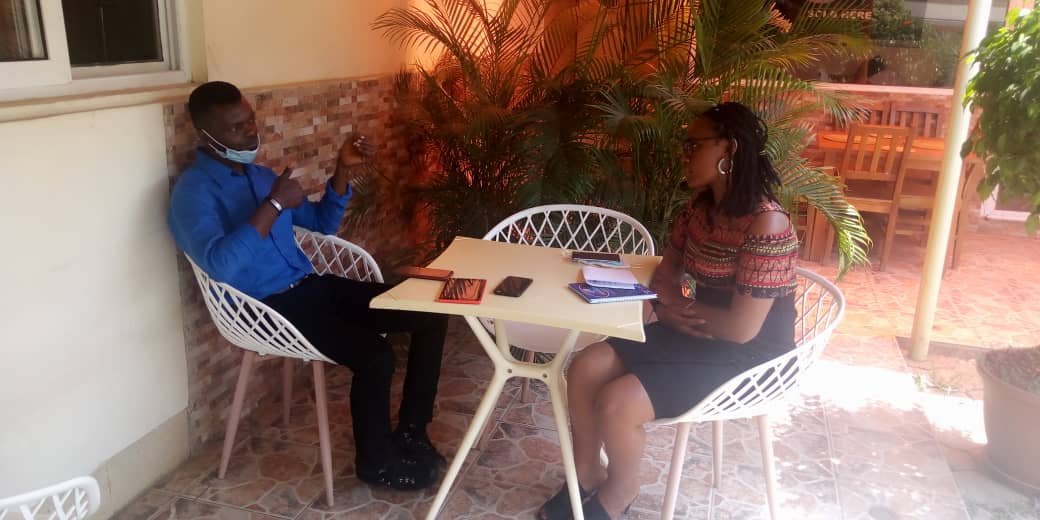 TNC: We understand that you are into comedy. Do you also do that full time or it’s just for the fun of it?

Kelvin: Comedy for me is something that comes naturally to me because inspiration can come from anything or anyone. I felt since it was free, not something I needed capital to start, and I can also make money from it, why not just jump in? The resources for it are available. During the lockdown in 2020, I had a lot of free time on my hands, so I focused more on it, and ever since then, things have been looking good.