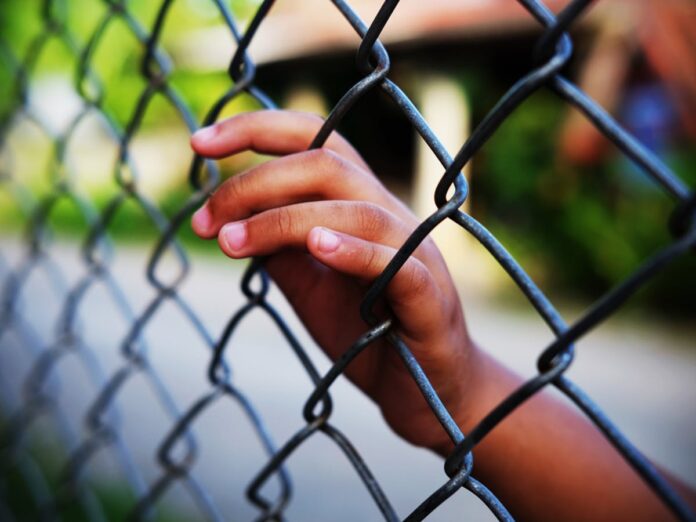 In a seeming huge victory for children’s rights, Human Rights Watch says the Greek government has agreed to end a long-standing practice of detaining unaccompanied migrant children in jail cells.

Executive Director of the global rights group, Kenneth Roth, in a letter to Prime Minister Mitsotakis, pressed for the ending of the practice.

‘’I am writing to you to express Human Rights Watch’s deep concern at the high number of unaccompanied migrant children detained in “protective custody” in police station cells and pre-removal detention centers across Greece.

‘’However, we are concerned that despite this effort to reduce the harm caused to children, the new law continues to violate Greece’s obligations under international human rights law, according to which the ‘protective’ detention of unaccompanied children in the immigration context is never justifiable.

‘’The situation remains critical for unaccompanied children in police custody, particularly in the context of the Covid-19 pandemic. We urge you immediately to end this practice and identify or create spaces so that unaccompanied children currently in custody can be transferred into open facilities with decent living conditions where they can receive care and counselling, and have access to legal aid and other basic services. Their release from abusive detention conditions would also better protect them from the risk of Covid-19 infection.

‘’On April 30, according to data from Greece’s National Center for Social Solidarity (EKKA), 276 unaccompanied children were being detained under the police protective custody regime, while awaiting placement in a shelter. This means there are currently 19 more children behind bars compared to the end of November 2019, when you announced the No Child Alone plan to protect unaccompanied children.

‘’Our research over the years has found that Greek police detain unaccompanied children for weeks and in some cases months in small, overcrowded and unsanitary police station cells. In some cases, they are held with unrelated adults even though this increases the risk of abuse and sexual violence and violates international and national law requiring the separation of adults from children in detention.

‘’Many children do not receive information about their rights or about the process of seeking asylum, and many of them experience psychological distress linked to the conditions in which they are held. We are concerned little has changed since the launch of the No Child Alone plan.

‘’The Greek nongovernmental organisation ARSIS (Association for the Social Support of Youth), recently raised concerns about the unacceptable conditions experienced by 100 unaccompanied children detained under the protective custody regime in the pre-removal detention facility of Amygdaleza.

‘’Under international law, binding European directives, and Greek national law, detention of unaccompanied children can be used only as a measure of last resort, in exceptional circumstances, and for the shortest appropriate period. The so-called ‘protective’ detention of unaccompanied migrant, asylum-seeking, or refugee children does not meet these thresholds and does not comply with international standards.

‘’The 2019 UN global study on children deprived of liberty found that far from offering protection, detention in the context of immigration is harmful to a child’s physical and mental health, aggravates existing health conditions and causes new ones to arise, including anxiety, depression, suicidal ideation, and post-traumatic stress disorder, and exposes the child to the risk of sexual abuse and exploitation. ‘’The report concludes that ‘detention of children for purely migration-related reasons can never be considered a measure of last resort or in the best interests of the child and shall, therefore, always be prohibited’, and that this prohibition specifically applies to detaining unaccompanied and separated children ‘for their ‘protection’, where alternative care is lacking, [which] can never be a justification.’

‘’We recognize that Greece faces a significant and disproportionate responsibility among European Union member states due to the continued arrival of migrants and asylum seekers, including unaccompanied children.

‘’Nevertheless, this situation coupled with the failure of other EU member states to share responsibility, does not relieve Greece of its obligation to do its utmost to protect unaccompanied migrant children in detention and ensure that they are treated in a humane way and that their rights are respected.

‘’We welcome your government’s call to other EU member states to set up and implement a meaningful responsibility-sharing mechanism, including by voluntarily relocating 2,500 unaccompanied children. Together with over 60 other human rights and humanitarian groups, we launched a public campaign calling for EU member states to urgently relocate unaccompanied children from the Greek islands.

‘’Many people have joined Human Rights Watch’s #FreeTheKids, by calling on your government to immediately release unaccompanied migrant children who are in detention, and to transfer them to safe and open child-friendly facilities.

‘’We urge you to ensure that Greek authorities take the following steps:

‘’Ensure that unaccompanied children currently in detention are accommodated elsewhere in open facilities suitable for children, by prioritising efforts to create short-term alternatives to detention, such as hotels, foster care, and apartments under a Supported Independent Living program for unaccompanied children aged 16 to 18.

‘’End the practice of detention of unaccompanied children under the protective custody regime, and make individual assessments of the needs of each child based on their best interest.

‘’Amend legislation so that unaccompanied children may not be detained in closed facilities for any period of time, including police jail cells, or detained with adults, including for ‘protective custody’ and that Greece follows the practice of other states that provide non-custodial solutions for unaccompanied children, identified by the UN global study on children deprived of liberty, such as placing children in open and child-friendly accommodation within child protection systems that are disconnected from migration policies and authorities; periodic reporting; foster families; and other arrangements which prioritise the best interests of the child.

‘’Ensure that all unaccompanied children in protective custody have access to interpretation services, information about the purpose of their detention, counselling, legal aid, and educational and recreational materials.

‘’Thank you for your attention to these important matters. We look forward to a continued dialogue.’’

The announcement was however, made on November 18 by the Migration and Asylum Minister of Greece, Notis Mitarakis. As of that date no unaccompanied migrant children remained in police custody, he said.

Human Rights Watch published its first report on the consequences of the “protective custody” regime—as this practice is called in Greece—in 2008.

Since then, we have interviewed dozens of unaccompanied children who found themselves detained by Greek police for weeks and in some cases months in small, overcrowded and unsanitary police station cells.

In some cases, they were held with unrelated adults – often criminal detainees – despite the increased risk of abuse and sexual violence. In December 2016, we published yet another report, renewing our call to Greek authorities to end this practice. International law prohibits any form of migration detention for children.

Greece’s pledge to end the practice is an important move to protect children and resonates deeply among those who have worked tirelessly to defend the rights of these kids for years, and took part in this campaign.

To fulfill its pledge, Greece should act quickly to repeal the legal provisions that allow children to be detained in so-called protective custody. Greece should also increase its shelter capacity, find alternatives to detention, and establish a functional and comprehensive foster family system, which would benefit Greek children as well.

But the EU also needs to help. The European Commission should financially support Greece in its efforts to respect migrant children’s rights.

Other EU member states should speed up family reunification for children with relatives in their territories and should relocate unaccompanied asylum-seeking children – even if they lack family ties. 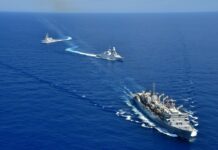