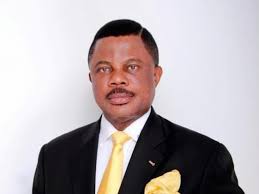 The decision of Anambra State Government to introduce revenue stamps for any transaction within the state above N1,000 has elicited concerns from citizens of the state over what they tagged ‘government’s insensitivity to their plight’.

With this executive directive, it is no longer necessarily going to the Post Office to buy stamps for retirements.

The directive makes it compulsory that a transaction volume that is between N1,000 and N10,000 attracts N50 denomination of Anambra State Revenue Stamp on it, whereas those between N10, 001 and N50, 000 attracts the N100 denomination.

As approved, the stamps cover every receipt given for payment of goods supplied or services rendered within the Anambra State Territory. 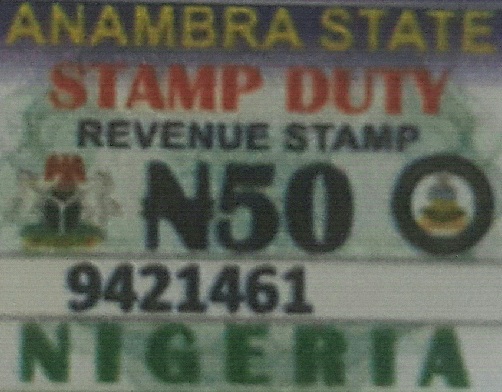 The Chairman, Anambra Internal Revenue Service, David Nzekwu explained that the stamps are to authenticate all transactions within the state and eradicate issues arising from payments for goods and services.

Nzekwu noted that in 2016, Anambra State Government signed the Gazette for use of revenue stamp duty in the state.

According to him, `Stamp duty is a levy or tax paid on written documents such as receipts, sales, and contract agreements. We call these documents, instruments. And the reason for stamping documents is to make them legal and admissible in courts. So any sales transactions in Anambra that have a receipt issued, which contains an amount from N1,000 and above needs a revenue stamp of N50’’.

He emphasized that anybody that purchases land from the effective date, must bring their Certificate of Occupancy (C of O) from the Ministry of Lands for assessment and appropriate revenue stamp duty.

But, the citizens are of the opinion that the government is only interested in beefing up its revenue base through the Stamping initiative and is not in any way, considering the implications on the people.

A legal practitioner, Sam Odike lamented that the small scale business operators in the state will be the worst hit by the initiative which he maintained was ill-conceived.

“I believe the government did not consider the people’s welfare before embarking on this agenda. We have small scale business operators who sell N1,000 worth of goods with only about a hundred naira gain. When they pay government N50 for instance, how would they survive?” he queried.

Odike suggested that instead of the stamps, the government should redouble its efforts at ensuring that every taxable individual and group is captured in the tax net.

According to him, the state revenue base can be shored up through this means rather than impoverishing the people through stamping.

For a human rights activist, Okey Nwoye and a Civil Servant, Prince Emenike, citizens of the state lack confidence in the ability of the state government to fend for their welfare.

They said the present state government has been wasteful with the state resources and is only looking for more from the people to devote to frivolity.

According to them, there is enough hardship in the country and the people will resist any attempt to impoverish them more.