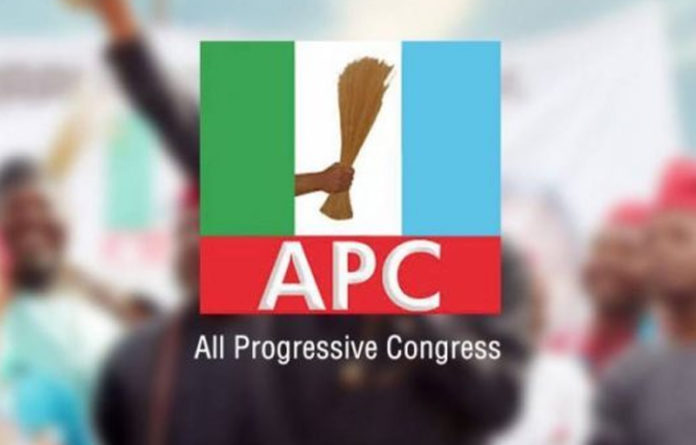 Some chieftains of the All Progressives Congress (APC), President Muhammadu Buhari’s party, are locked in a backstage scheme to elongate the tenure of the Interim National Committee of the party.

This is filtering into the open as Speaker of the House of Representatives, Femi Gbajabiamila, says the House is ready to support the interventions of the Buhari administration to rebuild Lagos and other states worst hit by the recent EndSARS protests.

Chairman of APC’s Non-National Working Committee Members, Nelson Alapa, has come out openly to press for the extension of the mandate of the Buni-led Interim National Committee.

Alapa who made this public in Abuja, is claiming that the Buni-led interim committee is a child of necessity following the protracted crisis after the exit of the former National Chairman, Adams Oshiomhole.

”The Buni-led interim committee has to the best of my knowledge, toed the path of reconciliation among aggrieved members of the party. There may a lot still undone but it takes time to accommodate all grievances and set the party in motion which this interim committee is achieving by the day. We must give them the benefit of the doubt to be able to justify this mandate bestowed on them.

”Mai Mala Buni is a perfect gentleman who is interested in the peace, prosperity and development of the country as evident in the developmental strides in Yobe State. He has equally demonstrated capacity to be able to bring all together as a family”, he said

Alapa is also calling on all aggrieved members to avail themselves the reconciliatory opportunities in order to strengthen the party ahead of the 2023 general election.

Gbajabiamila is, however, tasking Lagosians to put heads and resources together to rebuild the state in view of the destruction of properties worth billions of naira in the state.

Speaking at the inauguration of the Board of Trustees of the Rebuild Lagos Trust Fund on Monday in Lagos, the Speaker said he was heartbroken after going round the state for an on-the-spot assessment of the devastation that followed the unrest.

He said it is time for Lagosians to put aside partisan politics and stand up to rebuild the state, saying “I believe more than ever before that saying, Eko o ni baje, and the quick reply is, O baje ti’.

“I believe in my heart, that this saying can never be truer than now, that Eko o ni baje, o de baje ti. (Never will Lagos go bad, never).

“We will rebuild this state with everything that we need, with all the tools at our disposal, we will rebuild Lagos. This is the time to prove it, that Eko o ni baje,” he said.

He said in rebuilding the state, there should be a public-private partnership, which he said would be one of the best ways to face the task.

“I think it goes beyond budget or appropriation. It will call for a special intervention from the Federal Government to make sure that monies are devoted, not just to Lagos, although Lagos bears the major devastation.

Gbajabiamila said in working for Nigerians, the 9th House would try as much as it could to abide by its slogan, which is ‘Nation Building: A Joint Task.

“So we will pull all our friends and colleagues and talk to them that we don’t look at this from a state or political prism but a nationalistic point of view and make sure that what needs to be done would be done.