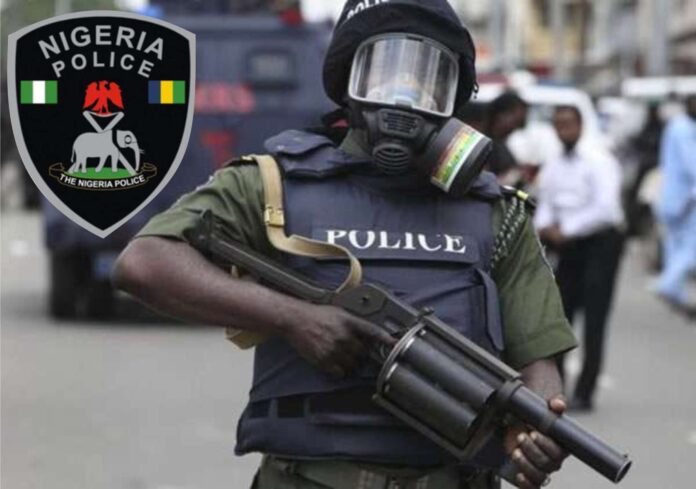 On Sunday afternoon, the Inspector General of Police, Mohammed Adamu, announced that the notorious Special Anti-Robbery Squad (SARS) has been disbanded nationwide, noting that the dissolution of SARS was in response to the yearnings of the Nigerian people.

Adamu however, observed that by this dissolution, all officers and men of the now-defunct SARS are being redeployed with immediate effect, and also notes that the law enforcement agency was not oblivious of the ever-present need to combat armed robbery, kidnapping and other violent crimes in the country which was before now the core mandate of the erstwhile Squad, and assured that a new policing arrangement to address anticipated policing gaps the dissolution of SARS would cause had been evolved and shall be announced in due course.

SARS was notorious for incessant killings of innocent citizens and repressive activities. But, another SARS, worse as, if not more than the disbanded one has returned with worrisome socio-economic dislocations.

The International Monetary Fund (IMF) says the total external debt of the world’s poorest countries hit a record $744 billion in 2019.

The external debt bomb, the new SARS in Nigeria, appears to be returning with a vengeance. In the third week of last March, March 16 to be precise, the Red Chamber of Nigeria’s bicameral Legislature raised alarm that with its approval of $22.7billion foreign loan request by President Muhammadu Buhari, the total debt profile of the country stood at N33 trillion.

Speaking at a day’s public lecture organised by the National Institute for Legislative and Democratic Studies ( NILDS), on Public Debt in Nigeria: Trend, Sustainability and Management in Abuja, Deputy Chairman of the Senate Committee on Local and Foreign Debts, Senator Muhammad Enagi, All Progressives Congress (APC), Niger South, said borrowing had always served as veritable financial platforms for many countries of the world in running their economies.

According to him, judicious utilisation of such loans for intended projects and servicing the debts appropriately have also been problems for some countries, particularly the developing ones as Nigeria. This was as the Director-General, Debt Management Office (DMO), Mrs Patience Oniha, expressed fears that economic effects of the COVID-19 pandemic might incapacitate and frustrate Nigeria from servicing its debts appropriately.

Senator Enagi noted that realities on ground in the country, in terms of required infrastructure and debt accumulations between 2006 and now, were not in any way connected. He explained that many Nigerians were worried whenever they heard that their government was seeking one loan or the other. He said, “from a low ratio of debt to gross domestic product (GDP) of about 3.4 percent at independence, Nigeria’s total public debt as at September 30, 2019, according to the DMO, stands at about N26.2 trillion (or $85.4 billion).

“Of this amount, total domestic debts is about N18 trillion (or $58.4 Billion), which is 68.45percent of the total public debts. With the recent approval of the 2016-2018 External Borrowing Plan, the total debt stock would be about N33 trillion and 21% Debt/GDP ratio. The big question in the minds of average Nigerians aware of this fact is What did we do with the money? In other words, where did the money go?  “What do we have to show as a people for these huge debts accumulated over the last four decades or so?”

Continuing, he said, in stopping the ugly trend, the Senate and by extension, the National Assembly, is more than desirous to monitor the Executive on prompt utilisation of new loans being sought, to save the country from going back to the pre-2005 and 2006 debt burden era, adding, “the consequence of these borrowings is that the sheer magnitude of the Nations Annual Debt Servicing put at about N2.47 trillion for 2020 makes the provision of basic but essential amenities and infrastructure in the country almost impossible without further borrowings.

“Clearly, Nigeria needs to get its public finance in order to avoid the potential fiscal and financial crisis ahead of the nation. The current debt situation in Nigeria needs to be properly managed and every borrowed Naira or Dollar, carefully deployed, especially in the face of the continued dependence of the nation’s economy on exported crude oil, with its usual price volatility. Borrowings must be project-tied and not just to support budget deficit. Furthermore, the projects must be such to grow the economy and bequeath laudable infrastructure and not debt for future generations.’’

The DMO boss, Oniha, was quick to say that there was no cause for alarm with regard to the total budget profile of the country which she puts at $85.390 billion or N26 trillion as at September 2019. She said the country’s total debt stock as at 2006 when she exited the Paris and London Club of Creditors was $17.349 million, noting that annual deficit budgeting and poor revenue generation forced the country into taking loans which has accumulated to N26 trillion as at September last year.

Oniha said, “concerns have been expressed about the growth in Nigeria’s debt stock since the exit from the Paris and London Club of Creditors. It is true that the public debt stock has grown from US$17,349.69 million in 2006 to $85,390.82 million as at September 30, 2019. However, it must be recognised that the current debt stock is the result of cumulative borrowings by successive governments to finance budget deficits and various infrastructure projects.”

She explained that in order to ensure that the public debt was sustainable, the Debt-to-GDP Ratio was set at 25%, lower than the 56% advised by the World Bank and IMF, adding that the total public debt-to-GDP had remained within the 25% limit, standing at 18.47% in September 2019. “This is, however, only one measure of debt sustainability, the other equally important measure is the debt service-to-revenue ratio and this is where Nigeria needs significant improvement.

‘’Actual Debt Service to Revenue Ratio has been high at over 50% since 2015, although it dropped to 51% in 2018 from 57% in 2017.  The relatively high Debt Service to Revenue Ratio is the result of lower revenues and higher debt service figures. Whilst Nigeria’s debt is sustainable, recent developments in the global environment induced by COVID -9, already suggest a less than favourable economic outlook with implications for Nigeria”, Oniha said.

However, a report of the International Debt Statistics (IDS) released by IMF on Monday revealed the debts of 73 poorest countries grew 9.5% year-on-year. IMF is calling for “an urgent need for creditors and borrowers alike to collaborate to stave off the growing risk of sovereign-debt crises triggered by the COVID-19 pandemic.”

The report was released as the World Bank began its annual meetings along with IMF. It states that the debt burden of the poorest countries owed to government creditors, most of whom are G20 states, reached $178 billion last year.

While China, the largest creditor, has seen its share of debt owed to all G20 countries rise to 63% by the end of last year from 45% in 2013, business shutdowns and border closures to stop the spread of COVID-19 beginning in March have devastated economies worldwide, and in April, the G20 group of large economies endorsed a debt suspension for the world’s poorest countries.

World Bank President, David Malpass, said relief has been weaker than expected because “not all of the creditors are participating fully,” with only $5 billion granted under the expected $8 to $11 billion. He decried what he called a lack of participation by private-sector creditors but also warned wealthier countries were not doing their full share. Some of the biggest official bilateral creditors, including some from China, are still not participating in the moratorium. And that creates a major drain on the poorest countries.”

Malpass urged the need for transparency on the terms of the debt, in a reference to China, who he said in some cases have rescheduled debt principal but continues to take interest payments which could “add to the debt burden rather than relieving it.” 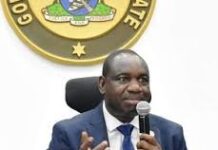