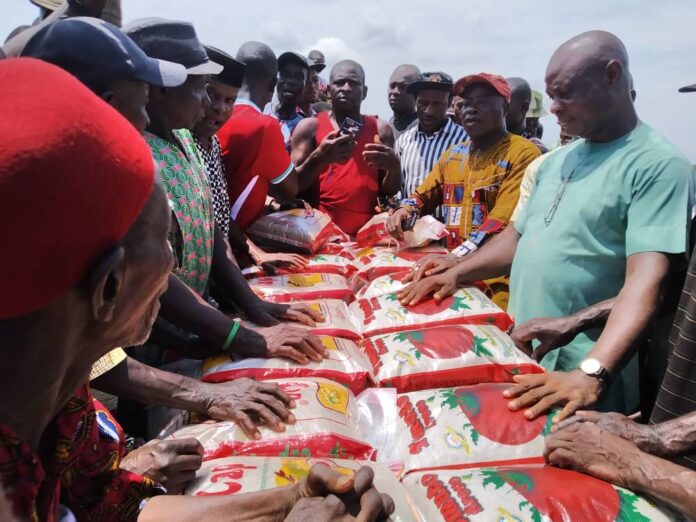 As parts of efforts to cushion the hardship caused by the rampaging flood in Anambra West Council Area of Anambra State, a philanthropist, Mr Michael Okafor-Nwofia has distributed relief materials and cash worth millions of naira to people of the local government displaced by flood.

Anambra West is the only council area in the state that flood had sacked the inhabitants of all its communities, most of whom are presently taking shelter in camps in neighbouring Council Areas and on the roads.

Among the relief items shared to the flood victims were bags of rice, cartons of noodles among other things.

The distribution was done on Monday, on top of Iyiora Anam bridge, which is the only dry land available in the area.

Distributing the items, Chief Nwofia whose house at Iyiora Anam was totally submerged by the flood said he was disturbed by the level of the havoc wrecked by the flood which has rendered his people homeless and helpless, without any sign of hope from anybody.

Nwofia who said that government alone cannot carry the burden, further explained that the flood has caused serious hunger in the area and equally wasted crops and properties worth billions of naira to his people.

“Our people are predominantly farmers and that is why we are seriously affected by this flood. I have observed how our people have been sacked from their homes due to this challenge and the attendant hardship it has caused them. Many now live on top of this (Iyiora) bridge. To make matters worse, there has been no support from government and my people are suffering seriously,” he said.

The business mogul explained that he decided to give his people the money and foods items to help cushion the effects of the hunger caused by the flood menace and urged government at all levels to immediately come to the aid of his people.

In their various speeches, Ogbuevi Udoba Agbata from Iyiora Anam and Okechukwu Ateli from Umuoba Anam all expressed appreciation to the man they described as the richest Philanthropist in Anam tribe and prayed God to bless him abundantly.

According to them, for Chief Nwofia to remember them even when he is equally affected by the same challenge, depicts him as humane person. 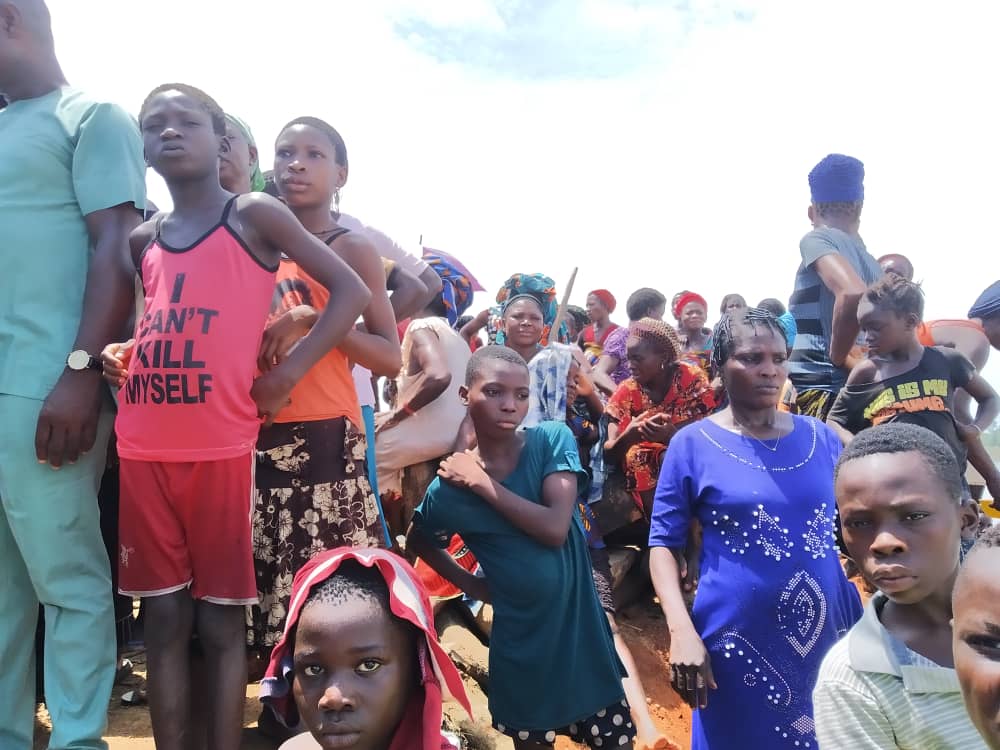 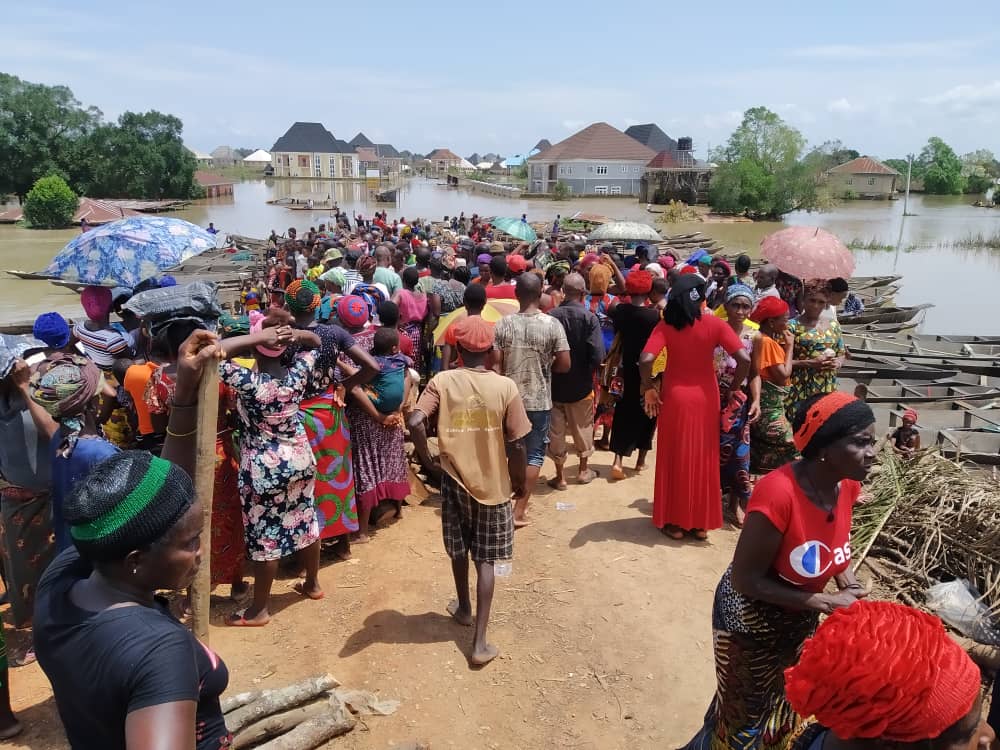