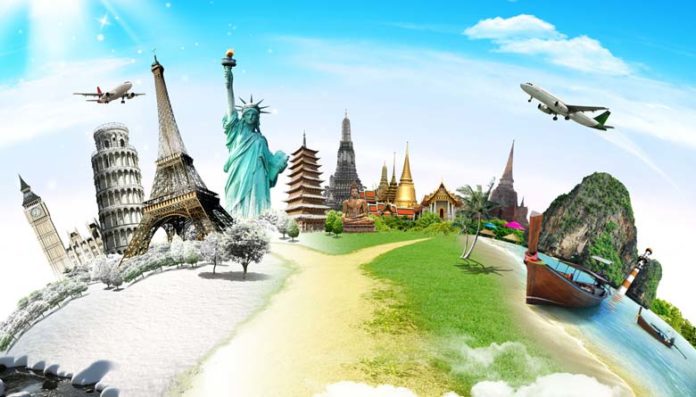 In spite of ending 2018 with 91 million of its citizens living in extreme poverty, Nigeria burnt an alarming $9.01 billion, which translates to N3.24 trillion between January and September on personal foreign travels, better known as Personal Travel Allowances (PTA).

This fact emerged from data published by the country’s apex bank, the Central Bank of Nigeria (CBN).

It was, however, first revealed in June the previous year that Nigeria under President Muhammadu Buhari’s watch had overtaken India as the country with the highest number of people living in extreme poverty across the world, with an estimated 86.9 million people measured to be living on less than $1.90, less than N700 a day.

This was even in spite of the fact that the estimated 643.5 million people living in extreme poverty all over the world had dropped to 592.7 million in the same period.

As of the time of the report, the 90.8 million Nigerians living in extreme poverty constituted a staggering 46.4% of its estimated 195.6 million total headcounts then. It, however, rose from 44.2% of the total population that was recorded in June.

Nigeria blew up $4.55 billion on education travel expenses between January and September 2019. Analysts say this means that the plundering elite continues to rely heavily on foreign education and medical tourism despite efforts by the retired Major General Buhari regime to curb imports.

The CBN data also showed some worrisome trends, as foreign travel expenses continue to drive the country’s current account balance into negative. For instance, in the last 10 years (2010– 2019), Nigeria spent an alarming $58.7 billion on PTA.

In the third quarter of 2010 when the demonized Peoples Democratic Party (PDP) held sway, Nigeria spent $1.63 billion on PTA. Fast forward to the corresponding period of 2019, the figure rose $2.99 billion.

With a zooming population of over 200 million, Nigeria’s economy under a supposedly progressive democrat, Buhari, is still plagued with perennial problems such as poor health sector, decay in the educational sector, low level of infrastructure, rocketing unemployment rate among others.

Arguably, key investments into critical sectors in the country continue to be elusive often due to poor incentives and ease of doing business. Due to the bad state of infrastructures in the country therefore, Nigerians who can afford the luxury to travel seek foreign education or better quality healthcare abroad squeezing out foreign exchange from the country’s reserves.

The apex bank’s report implies that the majority of Nigerians travel abroad for schooling or reasons like work, tourism, access to better medical facilities and so on. Data recently released by Canada Immigration shows that Nigeria ranked 8th with the highest number of permanent residents admitted to Canada in 2017.

This means on a month-to-month basis, Nigerians travel of countries, Canada, the United Kingdom, the United States, India and a host of many other countries. While the number keeps increasing, the demand for foreign exchange surges.

Nigerians also travel to the United States to have children mostly due to high infant mortality rates in the country. This also requires significant forex for personal travels.

As the blundering elite leaves the country to enjoy better infrastructures and basic amenities that could have been provided in the country, they sometimes sell nearly all their valuable assets and convert the proceeds into the foreign exchange before traveling.

This, according to those who know better, continues to pile pressure on the country’s depleting forex reserves dragging the economy down.