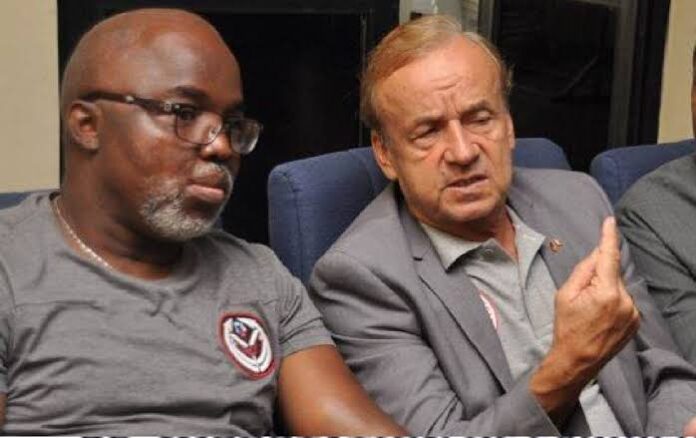 President of the Nigeria Football Federation Amaju Pinnick has thrown his weight in support of Gernot Rohr and dismissed reports as it concerns the sack of the Super Eagles Coach, saying he has their full support.
Gernot Rohr has been under fire due to the unconvincing performance of the Super Eagles of Nigeria in the recent international fixtures played.
With no win in four matches in 2020 and a woeful performance against Sierra Leone, Gernot Rohr is not finding it easy with criticisms.
A major criticism was from Nigeria’s sports minister, Sunday Dare, who said:”that the needful will be done”.
Amaju Pinnick however has taken sides with the Franco-German and assured him of full support.
“Rohr has done well as our coach, qualifying us for the World Cup and finishing third at the AFCON. It was the same coach who beat Argentina and drew with Brazil in friendlies,” said Pinnick in an interview.
“He has our full support.”