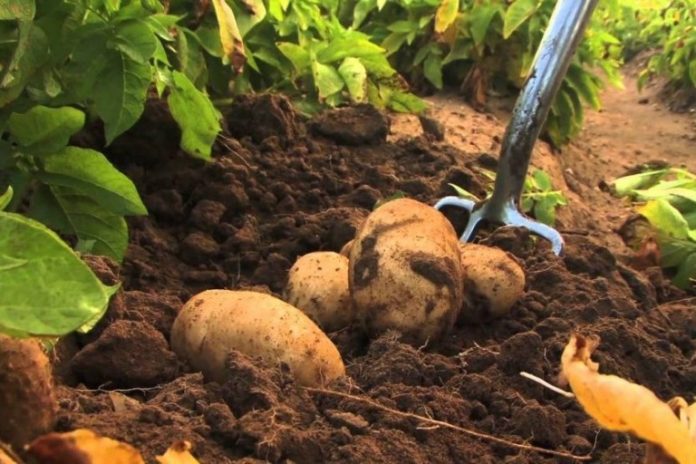 The Minister for Agriculture, Sabo Sani Nanono, has promised to partner with the Plateau state government in the production of potatoes for exportation as well as its agricultural mechanisation scheme, which will grant employment to about 300,000 people.

The Minister disclosed this during a courtesy visit to his office in Abuja by the Plateau State Governor, Simon Bako Lalong.

The Minister said: “Plateau state is known for being a very fertile ground for agricultural production, we are exploring areas of cooperation especially in the production of potatoes, perishable products and dairy products which can be exported to other countries.

“We are going to undertake on agricultural merchandise stations in every Local Government Area of the federation and Plateau is one of them. And in every state, we will employ 300,000 people for this scheme, and this will create employment opportunities and about 6 million jobs for many Nigerians”.

Commending the Governor for his role in ensuring the ranching process is ongoing on the Plateau, the minister said under the agricultural mechanisation scheme, Plateau state is among other states that will benefit.

“I will support ranching and dairy production in the state, for national development”, Nanono said.

In his remark, Gov. Lalong, who is the Chairman, Northern Governors Forum (NGF), said he was hopeful that the outcome of the meeting will be fruitful and bring meaningful development to Plateau state, the Middle Belt region and the 19 Northern states.

“I am passionate about agriculture and Plateau state is endowed with many agricultural benefits. There are new agricultural developments and mechanised systems that are coming up and to advance in this sector, we must tap into these new schemes”, the NGF Chairman said.