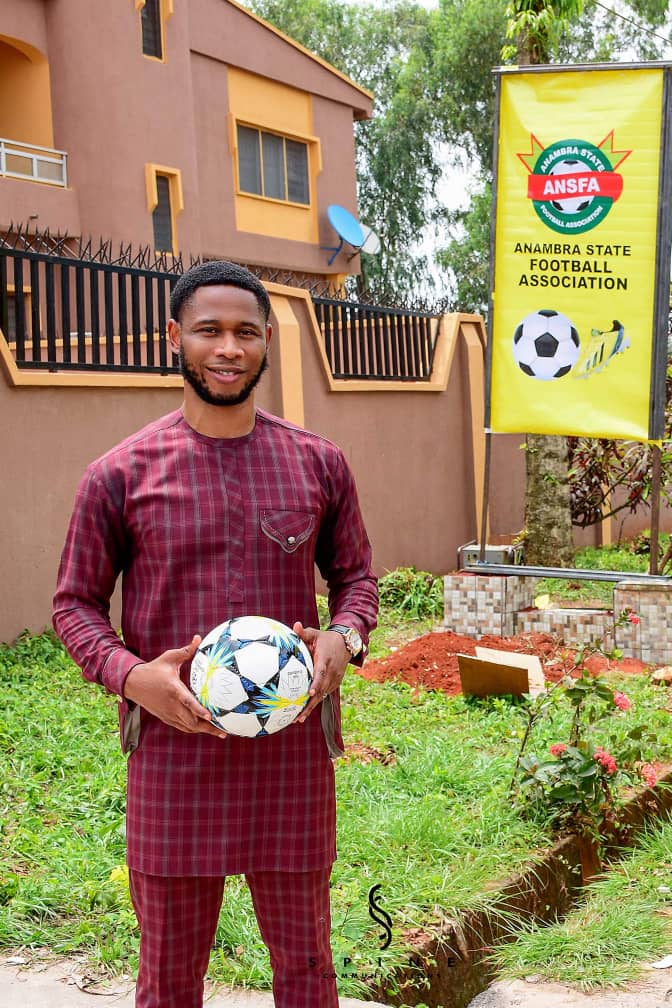 The Chairman of the Anambra State Football Association Caretaker Committee, Dr. Emeka Okeke has tendered his resignation to the Nigerian Football Federation (NFF).

His resignation was announced today on a social media handle of the association.

According to information obtained by Wazobia FM, Dr. Okeke resigned as chairman but remains a member of the caretaker group.

Okeke was inaugurated by the NFF, alongside 5 other members of the committee on the 6th of August, 2020, to oversee the activities of the association till a proper election is conducted.

Their inauguration followed the rejection of a factional election of the Body that elected Senator Ifeanyi Ubah as the Anambra FA Chairman by the NFF.

A lot of controversies have trailed the supposed factional election, leading to its outright rejection by the nation’s Football Governing Body.

Dr. Okeke while speaking to TNC earlier today, urged stakeholders to keep supporting the caretaker committee towards their aim of conducting a peaceful election.

TNC gathered that Okeke’s resignation is not unconnected with his ambition to run for the post of Chairman of the State Football Association when the election eventually comes up.

Rev Father Dike, who has been a member of the electoral committee since last year told TNC correspondent that the committee will do its best to deliver a credible election.

“We know the task ahead of us. The State FA must through this process yield a credible leadership that will be acceptable to all and that is what we are geared to do. Our assurance is that we will work within the confines of the law to conduct a credible election for the State FA,” he said.