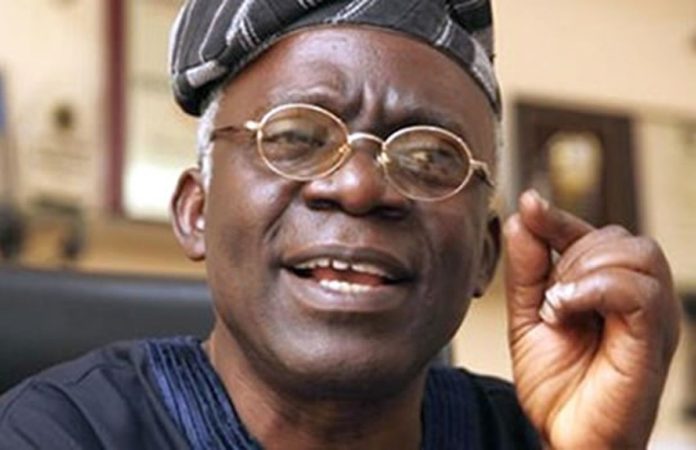 Falana, while speaking on the program Politics Today on Channels TV, also said that the USA, where the monies were lodged, cannot dictate to Nigeria how to spend her money.

Earlier on in the program, the Senior Special Adviser on Media and Publicity to the President, Femi Adesina, had disclosed that the recovered money would be used to fund the second Niger bridge, the Abuja-Kaduna-Kano road, the Lagos-Ibadan road and the Mambilla power project.

He also revealed that stakeholders like the civil society, the National Assembly and so on, would be involved in the “monitoring and evaluation” of the projects that were agreed upon to be undertaken as part of the conditions for the release of the money by the US.

According to Falana, “the USA has no right under our law to dictate to us how to spend our recovered money”.

He added: “It was insulting and embarrassing on the part of the Buhari administration to have accepted the insult.

According to him, whatever agreement was reached pertaining to the money must have to pass through legislation in Nigeria.

“Whatever agreement that was made abroad, any tripartite or bilateral agreement or treaty would have to be registered in Nigeria and enacted into law under Section 12 of the constitution.

“If you are not doing that, you must put the money back to where it was taken.

The fierce critic then gave the legal implication of the federal government’s decision on the use of the recovered money.