The canons of public service and statecraft have been constantly assailed by those entrusted with the custody and the nation can only be the worse for it. It is this culture of impunity that is breeding corruption and insecurity in the land. Some public officials have become law unto themselves everywhere you turn, precisely the reason institutions are not firming up and cannot withstand turbulent times.

Rules and laws are meant to ensure proper conduct and a civilized nation. Countries making progress and those adjudged as uncivilized are divided by just one thing: Law and its applications. Put differently, a progressing nation is based on the rule of laws and not a nation based on the rule of men, the reason National development is anchored on the precepts of nation building.

When men in authority abandon rules and do things on the whims, it has consequences for nation building, unity and progress. Nations are built of laws and due process and the rule of law in turn upholds and sustains them, and that way, guarantee progress. Reverse is the case where impunity replaces due process and affronts set order of things and set down rules. That is why Nation-building is the process whereby a society of people with diverse origins, histories, languages, cultures and religions come together within the boundaries of a sovereign state with a unified constitutional and legal dispensation,  and more.

An example of how impunity has continued to reign and ruin the nation’s polity and impede her progress is what is happening at Environmental Health Officers Registration Council of Nigeria (EHORECON) where there are two Registrars for the reason that some persons are hell-bent on circumventing the laws and due process to remove the substantive Registrar and appoint another outside the law.

You be the judge: Dr. Dominic Ojiabor Abonyi was appointed the Registrar of the said Council by President Muhammadu Buhari in 2015 following the expiration of the tenure of then incumbent by effluence.  The initial term of 4 years also expired in 2019. Around the expiration, Dr. Abonyi wrote to the then Honourable Minister of Environment, Suileman Hassan Zarma, enumerating his impressive achievements and made a case for the renewal of his tenure. The Minister in his wisdom thought it was expedient to renew his term for another four year and reappointed Dr. Abonyi, which was within his power to do so. 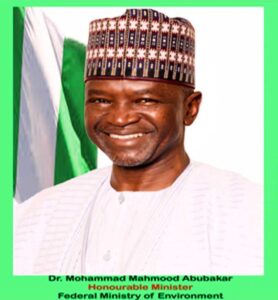 A twist in the tale came when that minister who approved his reappointment was removed and Dr. Mohammed Mahmood Abubakar replaced him as minister. With a letter dated 27th November, 2019, the new minister wrote Dr. Dominic Abonyi to step aside and hand over to the most senior director to enable an unfettered investigation into some allegations, which bordered on perceived anomaly in his reappointment, and he did. The claim of the letter asking him to step aside informed him the issues and subsequent complaints/petitions raised would be verified to ensure that the reappointment was not in contravention to the Act establishing the Council.

While waiting for the outcome and 4 months gone, the minister appointed Baba Yakubu Mohammed ag. Registrar ostensibly to put paid to Dr. Abonyi’s fate and possibility of returning to his seat as Registrar of the Council. The outcome of the so-called investigations is never known, meaning it was only a façade to get him out of the office and appoint another, making the whole thing only a charade and a subterfuge.

There are reports that Dr. Abonyi has also been hounded with ICPC on the pretext that they were investigating corrupt enrichment and criminal acquisition. Yet, he was neither indicted nor taken to court by that anti-graft agency. And throughout his meritorious career, he was never under any disciplinary process let alone interdiction to warrant another being appointed in his place while  his second tenure was barely one year old .

To avoid anyone getting this straightforward case twisted, Chief Executives of Nigerian parastatals are appointed and removed through a process. A Chief Executive duly appointed cannot be validly removed without following such due process of law and laid down rules. But Dr. Abonyi was simply thrown out and his salary long stopped in this COVID-19 strangulated economy.

The reappointment of Dr. Dominic Abonyi by the ershwile minister Zarna was in order and followed the due process and laid down procedures for such reappointment. Since he was duly reappointed, appointing another when he has not been duly removed is overreaching, improper and an affront on the extant rules governing such appointments.

It does appear that the latter minister was misinformed and misled into the wrong decision and it is still possible and proper for him to regain perspective and correct the error and allow the substantive Registrar to return to his desk. If Dr. Abonyi has committed any gross misconduct requiring his removal, the process of achieving that is also simple. A panel should be set up before which he would appear to defend himself against any wrongdoing in the spirit of fair hearing. This has not been done.

Recall that the ominous reason Dr. Abonyi was asked to step aside was to enable untethered investigation. If such an investigation ever took place without him being queried and given the chance to defend himself, it is but a charade and a waste of time, which the courts will strike down anytime it is brought before it. 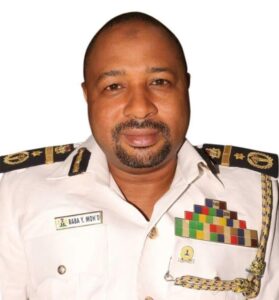 No nation gets built and developed this way. A multi-ethnic nation such as Nigeria can only thrive where laws and institutions are firm and where there are repercussions for individuals who want to trample on them are brought to book. Yet, many public officials in Nigeria do whatever they may and get away with it and yet citizens complain that things are not working out for the country.

President Muhammadu Buhari has been known as a man of integrity, one of the reasons Nigerians looked for him to replace Goodluck Jonathan. The Secretary to the Government of the Federation equally has an out-and-out role to play in resolving this impasse and ensuring justice for the sake of posterity.

The Environmental Health Registration Council situation is now a test case. Let the right thing be done. Let’s roll back impunity and retrieve our public service from the precipice and make way for nation-building and national development.