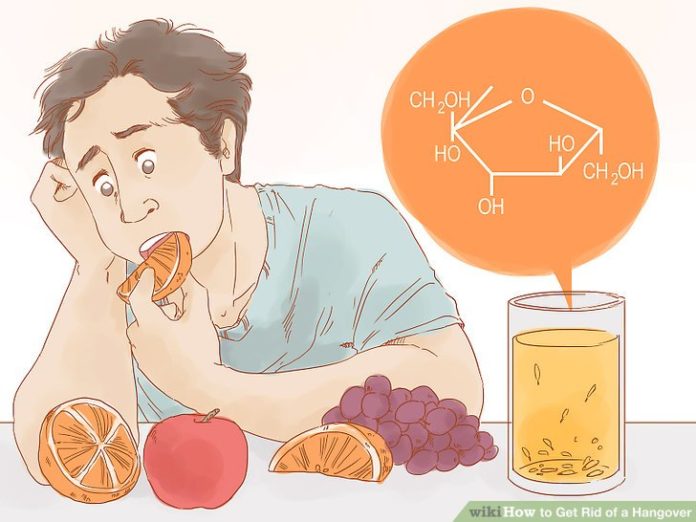 Giving in to that alcohol indulgence would also give you a hangover. You were aware of it, weren’t you? Well, stop regretting and try these foods and drinks.

Be it a social gathering or an intimate dinner, alcohol is often considered to be an essential item to set the mood rolling. There is no harm in the intake of alcohol in moderation, but many times people tend to drink beyond their capacity, ending up with a miserable hangover.

A person gets a hangover after her/his body reacts to excess alcohol consumption. One starts to get a headache, fatigue, nausea and remains dehydrated or dizzy for several hours.

There is no specific cure or easy way to get out of hangovers. However, there are a few foods and drinks that may help ease the effects of a hangover.

Try using the below-mentioned foods and drinks to help you recuperate from a night of heavy drinking.

Watermelon
Severe headache is common for hangovers. This is because of dehydration and a decrease in the flow of blood to the brain. According to research, published in the journal Current Opinion in Clinical Nutrition and Metabolic Care, watermelon, which is rich in L-citrulline, can reduce the impact of a hangover.

Avocado
You’ve had more drinks than you can handle? Worried how it may impact your liver? Have avocados as they help increase low potassium levels from alcohol consumption and dehydration. According to research by Japan’s Shizuoka University, avocados have extraordinarily potent liver injury suppressing activity.

Ginger
Nausea is one of the common symptoms of a hangover. Several kinds of research have shown that ginger is an effective remedy for nausea.

Ginger stops one from developing an upset stomach after too much drinking. Ginger can be eaten in its raw form or added to smoothies or in teas.

According to research by the Naresuan University in Thailand, ginger is an effective means of combating nausea and vomiting.

Though the research has been carried using rat models, green tea is considered to improve hangover in humans as well due to the presence of EGCg and caffeine in green tea.

Coconut water
Drinking coconut water is one of the easiest ways of getting over a hangover. Since alcohol is diuretic, it makes a person urinate more frequently leading to water loss and dehydration. Coconut water replenishes lost fluids in the body.

A study conducted by the School of Medical Science, Malaysia, found that young coconut water, a natural refreshing beverage, could be used for whole-body rehydration.

So get into the kitchen and bring out these foods and drinks from the fridge to set things right.