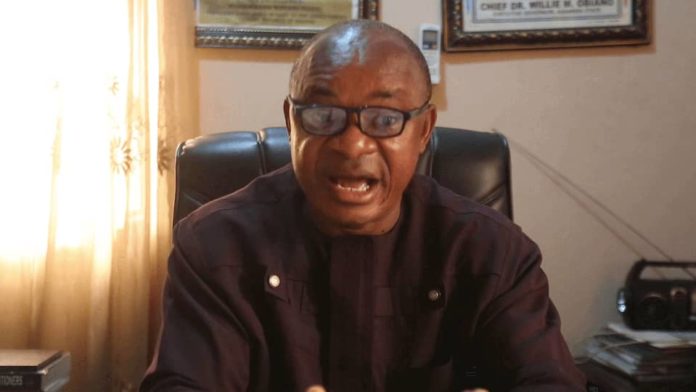 A former Commissioner for Lands in Anambra State, Barr John Okoli-Akilika has assumed office as State Secretary of the People’s Democratic Party.

The development followed the sack of Sir Emeka Obi who was indicted by the State Disciplinary Committee, for anti-party activities.

They were replaced by Chief Emmanuel Ebene as Vice-chairman and Mrs Justina Nwafor as women leader respectively.

Announcing their replacement at a meeting of the State Executive Committee SEC, that was held in Awka, the state PDP chairman Chief Ndubuisi Nwobu explained that the new officers were selected by the executives of the party in the Local Government Areas where the erstwhile officers hailed from.

This he explained, was to maintain balance, equity and fairness.

“Okoli-Akilika who is the new secretary of the party is a renowned political party administrator and strategist, who will bring to bear, his enormous wealth of experience to strengthen the party in the state,” Nwobu said.

The Member representing Anambra Central Senatorial Zone in the National Assembly, Senator Uche Ekwunife, who visited the SEC to officially intimate them of her ambition to contest the next governorship election, said she is satisfied with the integrity and pedigree of Mr Okoli-Akirika as the new chief administrative officer of the party in the state.

Other party stalwarts that spoke during the event eulogized the sterling qualities of the new secretary whom they described as a pragmatic administrator.
They expressed confidence in the abilities of the new officers to work towards the enthronement of discipline and orderliness in the Anambra State chapter of the PDP.

Okoli-Akirika was a former State Secretary of APGA and Ex-commissioner for lands in the state during the tenure of Governor Peter Obi.