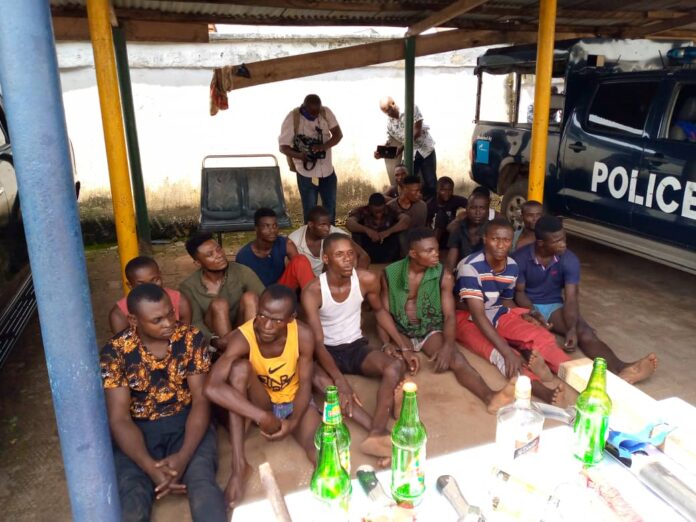 Four personnel of the Nigeria Police Force in Anambra State, died in the disturbances that ensued following the hijack of the ENDSARS protests by hoodlums last week.
Anambra State Commissioner of Police, John Abang disclosed this on Wednesday when he paraded 17 suspects arrested across parts of the state in connection with the burning of public and private property across the state and killing of policemen.
Over 70 percent of the suspects were from Anambra State contrary to the claims of the state governor, Willie Obiano, that the attackers were from neighbouring states.
Parading the suspects, CP Abang said 11 police stations were burned down during the violence while operational vehicles and equipment were also torched.
He, however, noted that only Nnewi and Oraifite out of the total 8 area commands were burned down due to the gallantry of men of the Command. 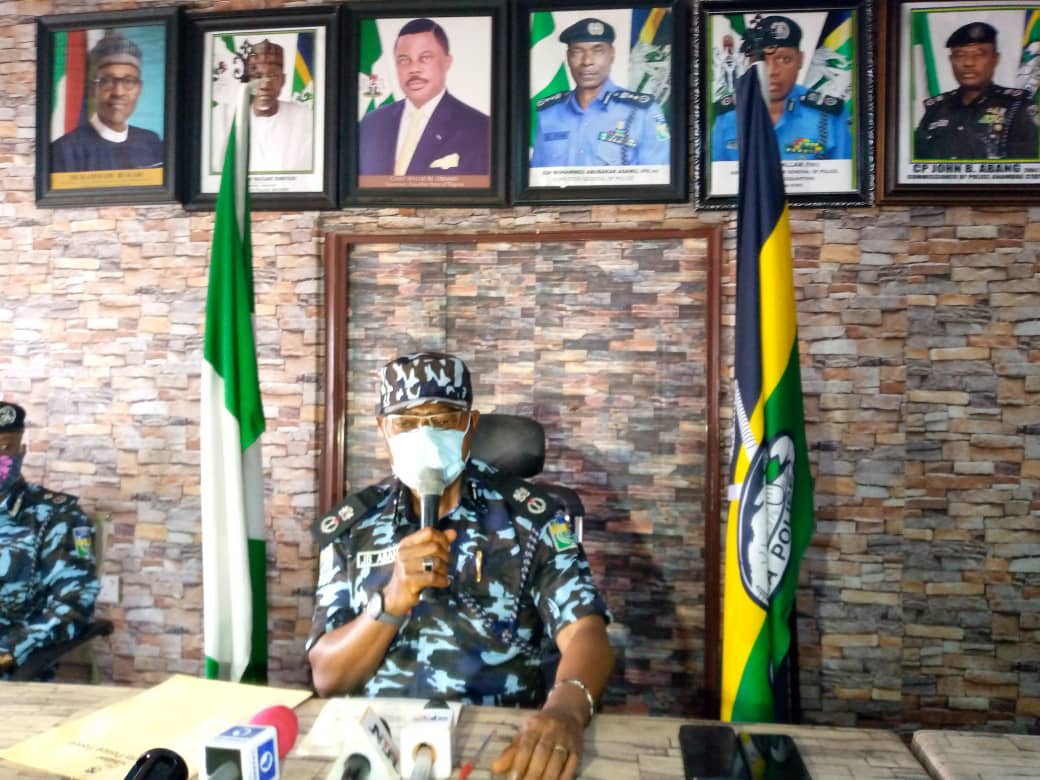 “I must commend men of the Command for their courage and gallantry in the defense of formations. The intelligence we gathered showed that these hoodlums targeted to steal all our arms and use them to unleash a reign of terror on Anambra people. But our policemen fought hard and were able to repel the attacks on the majority of our formations. Only two of our total 8 Area Commands, covering 18 local governments in the state fell to these attacks and it is something that we must commend,” he said.
Abang maintained that the Police in Anambra never engaged anybody in gunfire during the protest except in defence of its formations.
In his words, “Throughout the protest, we were bent on defending our formations because we were under heavy attack. So, no policeman here fired a shot outside our facilities.”
The CP expressed worry that policemen are now endangered species in the state due to the violence of the past few weeks across parts of the state.
According to him, many of his men are being threatened with hoodlums following them to their homes to attack them. 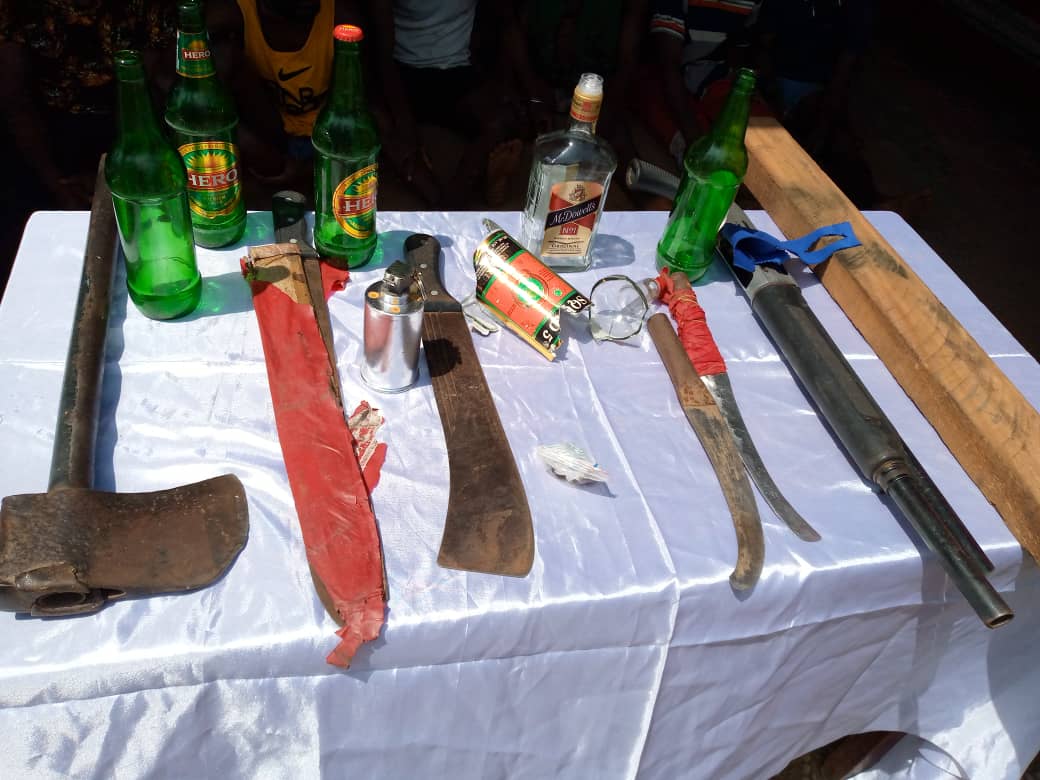 “The threats were more serious owing to the fact that there are no barracks where the personnel can stay to avoid getting attacked. Many of our personnel can no longer go to their homes since these attacks started because of the constant threats they continue to receive. But although the moral of the men are down presently, we will bounce back better to serve the people in the best way possible,” he said.
Some of the suspects paraded including Ogochukwu Nwagboso from Uli and Chukwuebuka Obianefo from Ihiala however denied being involved in the arsonist activities.
“We were invited by the Police at Uli to help them repel the hoodlums. We successfully helped them move their vehicles to our houses and at night, Policemen from Awka came and arrested us for burning police stations,” they said.
Another suspect, Odinaka Izuchukwu, who videoed himself cheering the hoodlums during the burning of 3-3 police station, said he was unfortunate to have gone there to do the live video and begged for forgiveness.
When approached on the issue of those who claimed to be innocent of the charges, the spokesperson of the Command, Haruna Mohammed said the matter is under investigation.