The Police in Anambra State on Friday, paraded a 14-year old boy, Chibuike Nwogazi at the State Police Headquarters, Amawbia, for allegedly being a member of a deadly cult group, Ayes Confraternity.

The juvenile who is from Abia State but resident at Nnewi, was paraded alongside 25 others for offences such as engaging in cult activities and illegal possession of firearms.

He was said to have led police operatives to the hideout of their cult group at Umudim Nnewi in Nnewi North LGA where five other suspected gang members were arrested.

Also at the Command headquarters today, a notorious cultist who is responsible for initiating young people into secret cult was paraded.

The suspect, Somtochukwu Onyebuchi, aged 20, who is from Uru-Ogidi in Idemili North Council Area of the State, was arrested for initiating two males, Okoli Chukwuelozanam and Precious Nmamdi Joseph, aged 16 and 15 years respectively into Junior Vikings Secret Cult Confraternity (JVC).

Speaking during the parade, the Public Relations Officer of the Police in Anambra, Haruna Mohammed said most of the cultists have confessed to being members of various cult groups and investigations are ongoing to arrest other members of their groups.

He said since the 16th of this month till date, the Command has arrested 103 suspected cultists in a raid of the various hideouts where the cult groups hibernate.

He further said 28 were placed under police supervision for being under aged while 25 suspects are undergoing investigation. 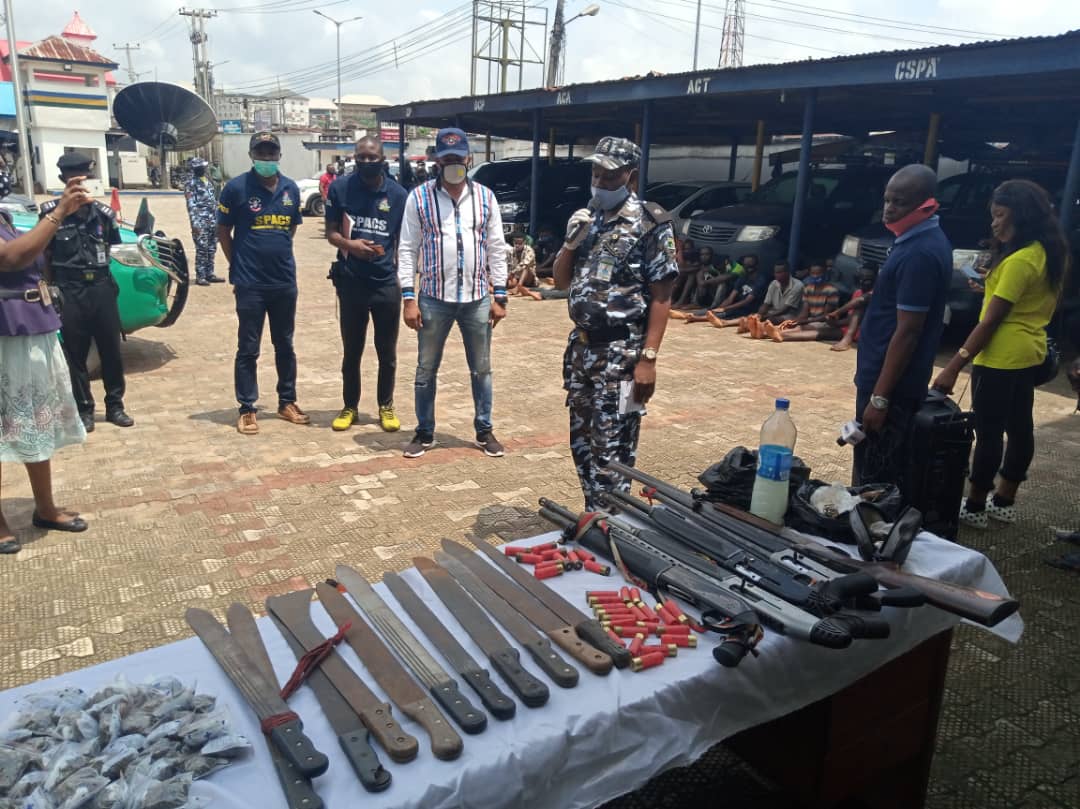 “The State Commissioner of Police, CP John Abang thanked people of the state for providing the Command with actionable intelligence and reassures the public of adequate protection. We call on all residents alike to report any suspicious persons or movements to the nearest Police Station or call police emergency number 07039194332 for the prompt response,” he said.

However, in an interview, the 14-year old suspect, Nwogazi denied being a cultist.

According to him, he was being pressurized by some cult members to bring money to be able to join them.

“When I told them that I don’t have money, they asked me to bring my mother’s phone. Because of the constant threat, I eventually gave them the phone. I am not a cultist,” he said.