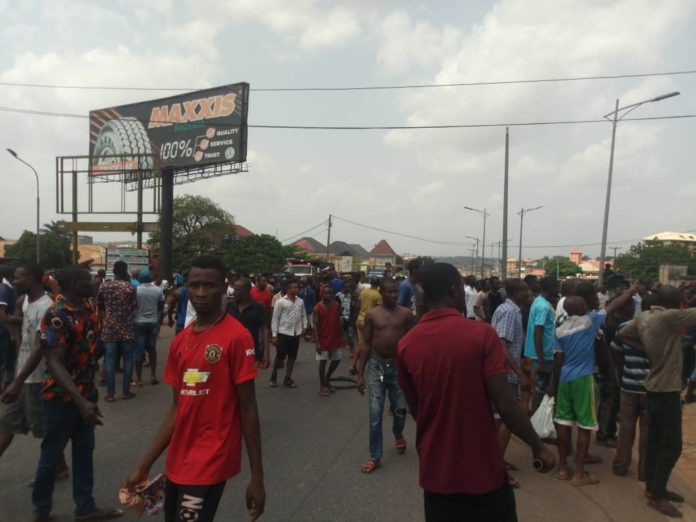 Policemen attached with the Special Anti-Cultism Squad (SPACS) of Anambra Police Command have allegedly shot and killed a man and injured another while enforcing the lockdown order in Nkpor Idemili Council Area of Anambra State.

The incident took place at about 1 pm Wednesday, at Ezego street, Nkpor.

When the area was visited at about 2 pm, the dead body of the man identified as Ebuka Agbada was seen lying in a pool of blood with bullet wounds to his chest. 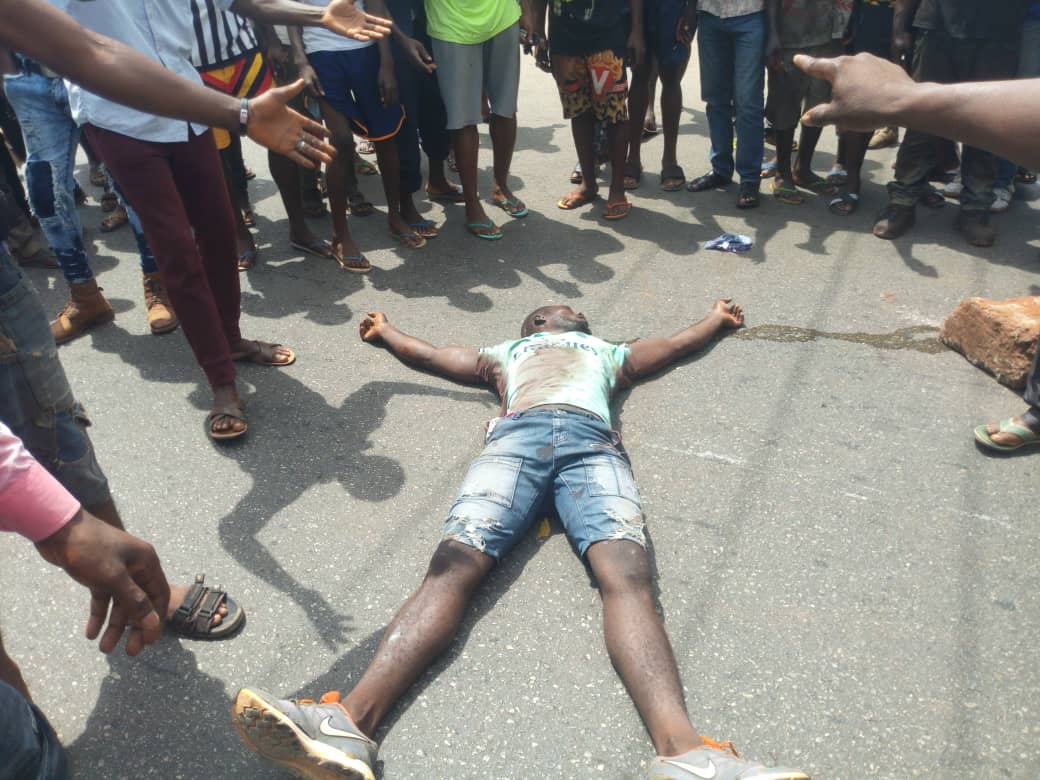 Angry youths had carried the dead body to New Tyre Junction axis of the Enugu-Onitsha Expressway and blocked the road in protest over the shooting.

An eye witness who spoke on the condition of anonymity said the policemen were chasing a commercial tricycle operator when the two persons shot, who were passengers in the tricycle alighted and ran for fear of being arrested.

“They were still running when the Policemen shot them. Ebuka died instantly while the Other person who was shot in the stomach has been rushed to the hospital. They were policemen attached with Okpoko Division and they came in a white Hilux van. Immediately they saw that he was dead, they drove off. When we came to where he was lying, he was already dead,” he narrated.

Another eyewitness revealed that the dead victim who was a trader at Mgbuka Market, Nkpor was the breadwinner of his family.

“He was just going to see his mother only to meet his untimely death. His mother is presently in total shock over this unfortunate. These are policemen who are supposed to be protecting citizens. The government should look into this matter and ensure that these wicked policemen are brought to book,” he said.

However, in a reaction, the State Commissioner of Police, John Abang said the man gunned down and others attacked a Police patrol team on legitimate duty without cause and poured acid on one of the men, resulting in the agent using maximum force to defend himself. 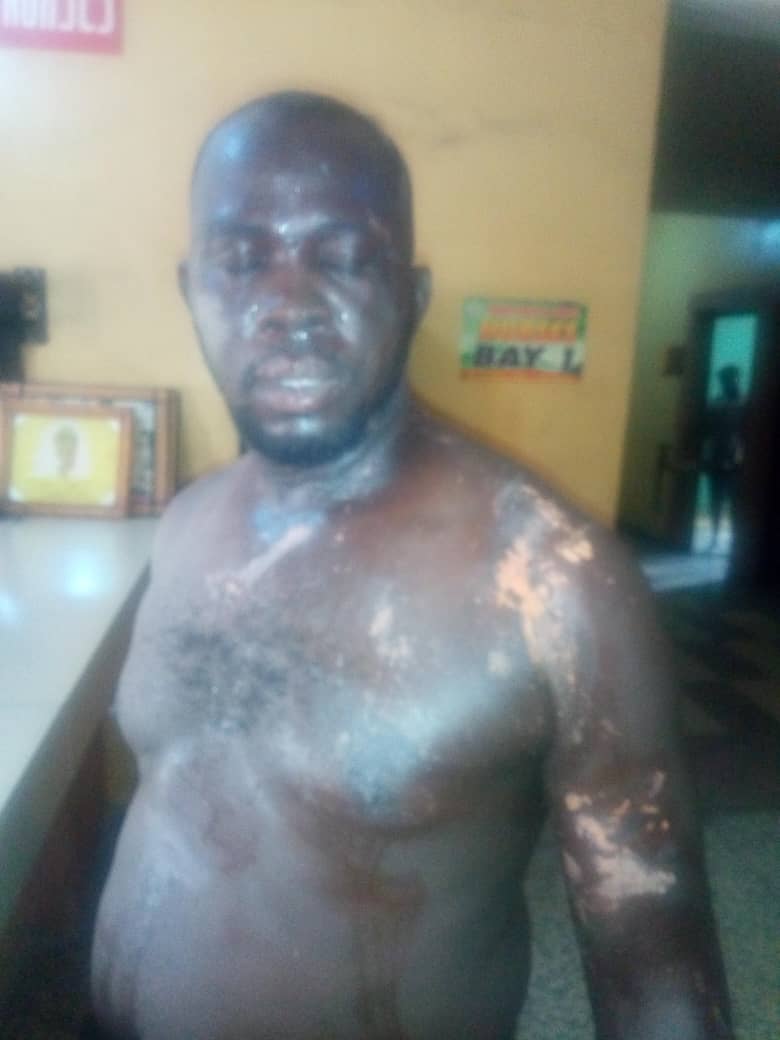 “I got a report this afternoon that some of my policemen who were on legitimate duties to enforce the stay at home order were attacked by some hoodlums who challenged them and insisted that the Police was disturbing them. In the process, they poured acid on one of the men and in self-defence, he opened fire. Unfortunately, he shot at the hoodlums on the feet and one was taken to the hospital and one died,” he explained.

He insisted that the attack was premeditated especially because of the use of acid by the youths.

“What was he doing with the acid at that material time when he should have been in his house observing the stay at home order. We have pictorial evidence of the belongings of the agent attacked with acid and also the agent himself. It is important that the public get the correct perspective of the development,” Abang said.

According to him, citizens of the state must heed the stay at home order in their own best interest. 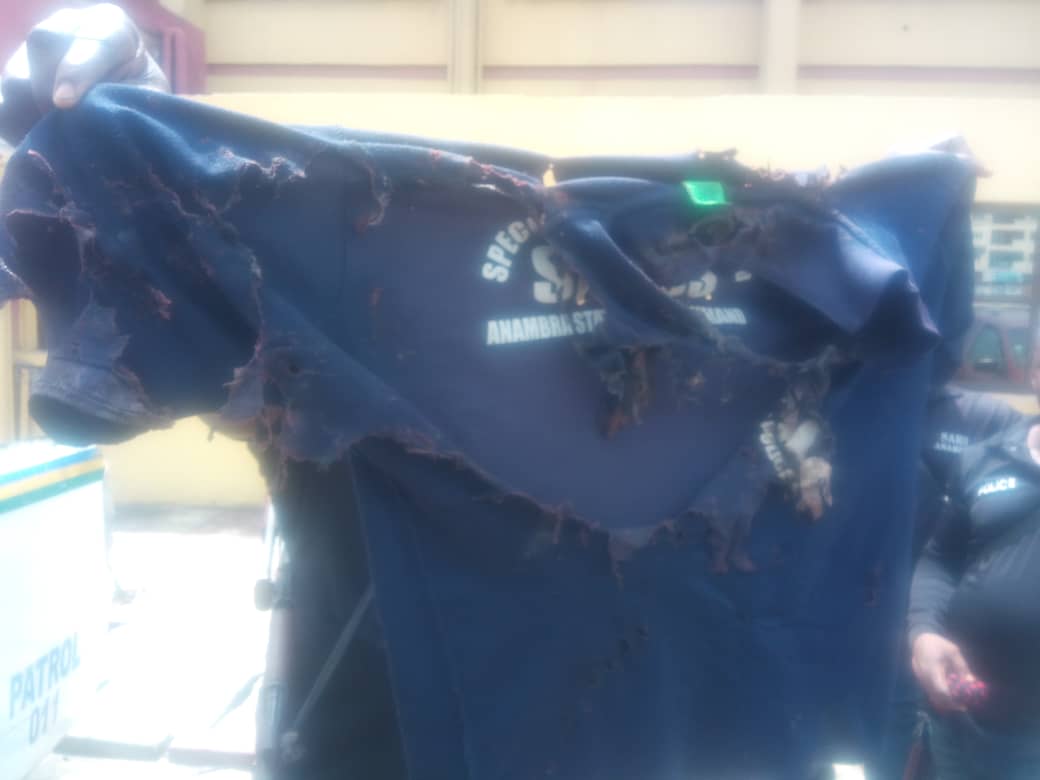