The Gypsie King as he is fondly called by fans- Tyson Fury, the reigning WBA, WBO, IBO, Ring magazine, and lineal heavyweight champion has tested positive for cocaine according to reports, weeks after pulling out from his heavyweight title defence with Klitschko citing mental issues. 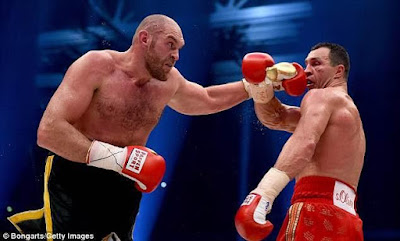 Fury, was said to have been informed on Thursday night that his A sample from a random urine test on 22 September had tested positive for the substance benzoylecgonine, the central compound found in cocaine.

The Manchester born boxer who claims to be born again is set to lose his titles won in 2015. The presence of cocaine in his blood samples brings an all time low to Fury’s career and could even bring about litigations and lawsuits against him and his camp.
Klitschko, who was supposed to have fought him since, has been made to wait for almost a year to regain his lost belts and with this new revelation could fight someone else for the WBO, WBA and IBO world titles..
A whole host of partners in the rematch – including television stations, the Manchester Arena which had been booked for October 29 and the fans who had invested in non-refundable hotel bookings and travel costs – may even consider seeking financial compensation from Fury and his camp.
Bernd Boente, the manager of Klitschko, has responded to the revelations: ‘If this is true, Fury is the most unworthy of all the heavyweight champions.
‘This might explain a lot but for certain this is terrible for boxing. I have to say that Fury must be the most disgraceful heavyweight champion of all time. 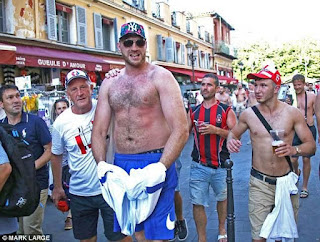 ‘Don’t forget this comes in a package which also includes his outrageous homophobic and anti-Semitic comments.
‘The wider issue for all of us in the sport is having him holding this position while being caught this way. What kind of an example is he setting to others in the sport and to youngsters all over the world by something like this?
‘We have been involved with many outstanding holders of the most prestigious title in world sport. Muhammad Ali, George Foreman, Larry Holmes, your own Lennox Lewis were wonderful champions and splendid human beings. This is such a shame.’