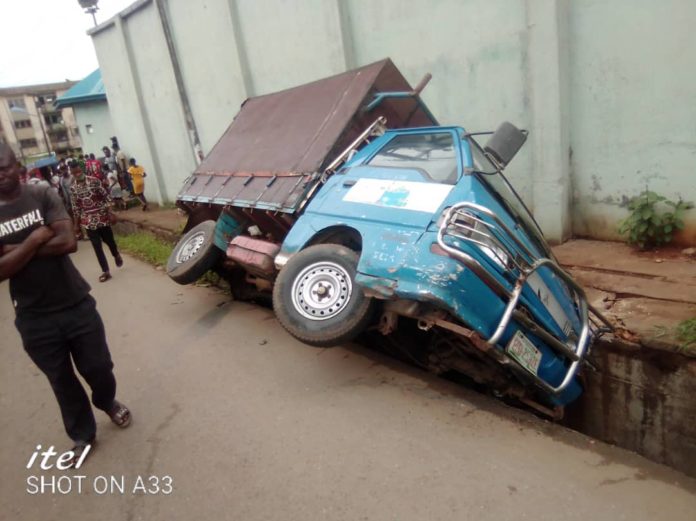 A multiple Road Traffic Crash involving Seven vehicles on Monday along Obosi-Nkpor road has resulted in the death of a woman while four others sustained injuries of varying degrees.

Others are a Tricycle, a Toyota Camry and a Scania Truck.

According to eyewitnesses, the crash which occurred at about 11.51am when the Mercedes Benz Truck lost its brakes while descending the hill towards Nkpor.

He revealed that four male adults sustained varying degrees of injury and the only female victim was confirmed dead by doctors at Borromeo Hospital, Onitsha, where the injured victims were also rushed to by FRSC rescue team from Upper Iweka Outpost.

“The Sector Commander, CC Andrew Kumapayi condoles with the family of the dead and wishes the injured victims quick recovery. 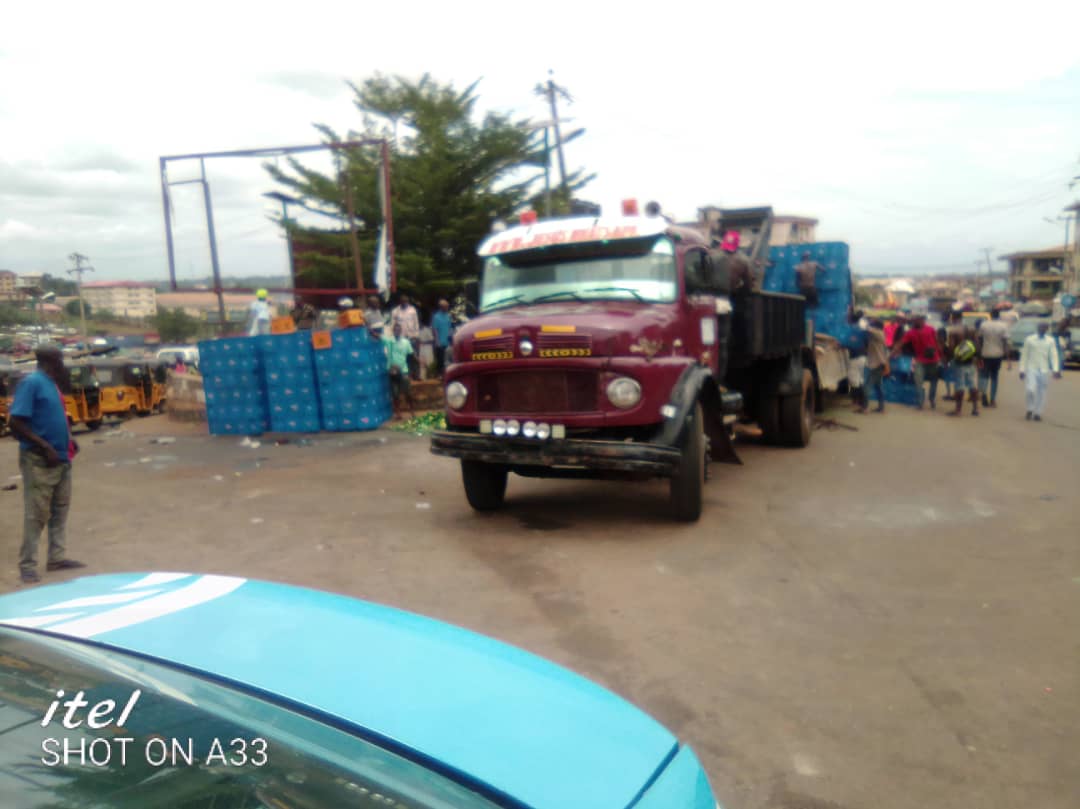 “He admonishes vehicle owners and drivers to always ensure that their vehicles are properly serviced, especially the brakes, before embarking on any trip. Motorists are also reminded that the rainy season is here, where the grounds are mostly slippery. Vehicles must have good tyres and good brakes to prevent avoidable Road Traffic Crashes,” Anigbo said.

When TNC visited the scene of the accident, traffic control and clearing of obstruction by the FRSC heavy-duty tow truck, was ongoing, with men of the State Fire Service on the ground to avert any fire outbreak.