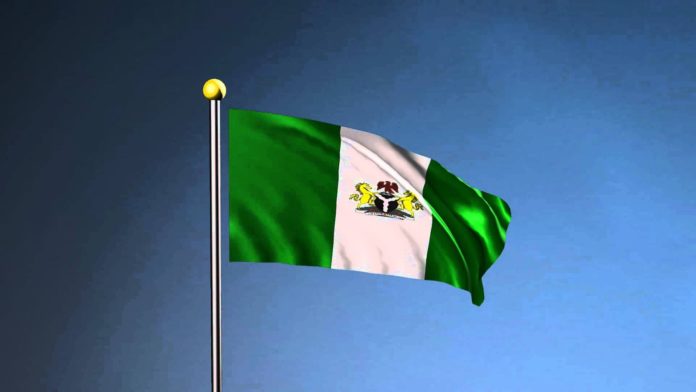 Asked how he was able to grow fifteen times, independent Singapore with a GDP of $3billion in 1965 to $46billion in 1997, and became the 8th highest per capita GNP in the world in 1997 according to the World Bank ranking?  Lee Kuan Yew, the Prime Minister of Singapore (as he then was) explained thus; a united and a determined group of leaders, backed by practical and hard-working people who trusts them made it possible.

The story of Singapore’s progress is a reflection of the advances of the industrial countries-their inventions, technology, enterprise and drive. It is part of the story of man’s search for new fields to increase his wealth and well being, he concluded.

Literally, a bracing account and smart approach but there is just one thing, It is in sharp contrast with our history.

And, before a real solution can be proffered to the current national challenge we face, we need to keep  Lee Kuan Yew’s formula in mind, find and understand the sources of the national problems without losing sight of the real and lasting meaning wrapped in the above remark.

Precisely, aside from mutual suspicion which currently divides neighbour  from neighbour; turns one tribe against the other with tribal loyalty stronger than our common sense of nationhood; creates frictions between the government and the people- and caused appreciable embarrassment to the nation at the global stage, the stage for our inability to grow like Singapore was set by; first, our failure to remember as a people  that public order, personal security, economic and social progress and prosperity are not the natural order of things, that they depend on ceaseless efforts and attention from an honest and effective government that the people must elect, trust and support.

This is closely followed by politician’s non- recognition that the primary purpose for occupying leadership position is not for joy but for great ‘development battles; not for honour but for making sustained decisions that will help make the people productive; not for idleness but for work; not for rest but to take steps that will improve the life chances of the masses.

Fundamentally, the present threat  of hostility in the country which has gotten to a point where basic conditions and responsibilities of  government no longer functions properly did not come overnight but started gradually and steadily before getting to this definitive level.

Both experience and facts indicate that the quandary has nothing to do with ignorance or culture but based on leaders choices that create crisis and poverty.To understand this, one needs to study how decisions actually get made, who gets to make them, and why those people decide to do what they do’.

As an illustration, to a country like Singapore, education is considered the bedrock of development; they are of the views that with sound educational institutions, a country is as good as made -as the institutions will turn out all rounded manpower to continue with the development of a hyper-modern society driven by well thought out ideas, policies, programmes, and projects. But such a tendency is clearly different here.

To explain, today, various factors have been identified for the growing rate of unemployment in the country. While some attribute it to the failures of industries to hire the number of graduates in the country, others believe that the graduates produced by Nigerian institutions are not employable because their skills are not tailored toward the need of the industrial sectors

Providing a link as to how the above appalling situation works, James A. Robinson noted that the low education level of the poor is caused by economic institution’s failures to create incentives for parents to educate their children or  induce the government to build, finance, and support schools and the wishes of parents and children.

However, except in peripheral terms, nothing explains why the nation is failing than our national budgetary framework, which originally was meant to channel spending to a particular direction making it possible to manage the income available to prevent overspending and debt. So, that income cannot surpass expenditure or at the very list equals it’.

Despite the virtues and attributes of nations having their budget, since independence, the country’s national budget has neither achieved its prime objective nor demonstrated satisfactory performance as a result of disturbing lack of discipline in allocation and implementation.

As an example, while the nation has never made effort getting close to, or heed to the United Nation Educational Scientific, and Cultural Organization [UNESCO] budgetary recommendation on education, the health sector has equally suffered the same fate. This state of affairs has characterized our educational sectors with endless industrial action occasioned by under funding while turning the health sectors (hospitals and primary health centres) to mere consulting offices as they are daily starved of drugs and adequate manpower.

What about budgetary allocations to sectors such as; power, transport, works and infrastructure, transport, security, technological development and economic planning?

Without wasting words, there is a simple answer to the riddle. Looking at the current states of the Nigerian roads, dilapidated infrastructures, near-comatose transportation system, high degree insecurity with a stalemated power sector, it will be very hard to bring radical improvement in the country.

And a further attempt to find out the percentage of the nation’s annual budget that goes to the welfare of Executive arm, the National Assembly,  recurrent and the capital expenditures will in no  small measure act as a pointer as to why we are failing as a nation.

To reverse this trend, we must heed to expert warnings not to concentrate wealth in the hands of a small group that could then use its economic might to increase its political power disproportionately. Furthermore, we must ensure limited gains for holding political power, and weaker incentives for every group and every ambitious, upstart individual that tries to take control of the state.

The ability of the economic institutions to harness the potentials of inclusive market encourages technological innovation, invest in people, will also help to avert failure and build a nation we shall all be proud of.

Like great nations, if we are able to identify these areas which really hold the key to political and socioeconomic prosperity, and apply the right mix of resources in managing the present threat  of disintegration and another social menace effectively, it will once again, revive our democracy which has for sometime fueled hopelessness as well as failed to underwrite both social justice and social mobility.