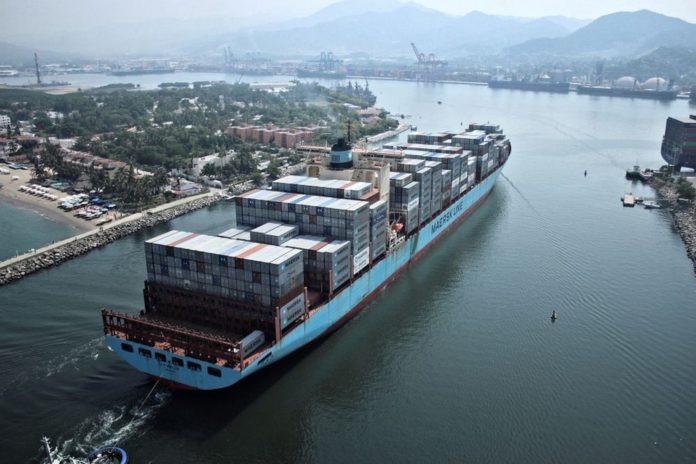 The search is on for cleaner alternatives to high sulfur fuel oil to power marine freight worldwide. The search has become necessary as the International Maritime Organisation (IMO) enters a phase of curbing shipping industry emissions more robustly.

In June, the Gas Fuel Sector Manager at the American Bureau of Shipping (ABS), George Plevrakis, had said ‘’at this point in time you could say Liquefied Natural Gas (LNG) is the most mature solution. It doesn’t solve the riddle of 2050, but it’s an improvement and it’s technically ready.’’

ABS is concerned with setting standards for safety and excellence as one of the world’s leading classification organisations. In a constantly evolving industry, ABS works alongside its partners tackling the most pressing technical, operational and regulatory challenges so the marine and offshore industries can operate safely, securely and responsibly.

Most likely, the drop in the IMO’s global sulfur limit for shipping from next year is just the beginning, and is expected to drive the majority of ship owners into using new 0.5% sulfur fuel blends when it comes into force.

Already, most have a plan in place to get past the immediate problem of reducing their sulfur emissions next year, but few have fully engaged with the IMO’s longer-term target of halving greenhouse gas output.

The Technical Director at Arista Shipping, Antonis Trakakis, also said at an industry event on alternative fuels in June, ‘’most people talk about 2020, but decarbonisation is by far a bigger target. The IMO strategy (on greenhouse gases) is a very ambitious target.’’

Arista Shipping, founded in 2007 in Greece, is however, a global provider of shipping transportation services and specialises in managing the worldwide ocean transportation of dry bulk cargoes, including commodities such as iron ore, coal, grain, salt, alumina and other minor bulk cargoes. Arista actively seeks to protect the environment with her disruptive Project Forward. She adheres to what they promote and encourage others to follow their practices.

In the mean time, the IMO’s current strategy seeks to halve the shipping industry’s GHG emissions by 2050 from 2008 levels, and to reduce carbon dioxide emissions ‘’per transport work’’ by at least 40% by 2030. The strategy is due to be revised by 2023, but no concrete measures on how to achieve it have yet been decided.

One emerging trends seen cutting shipping emissions further out is the greater use of LNG as a fuel. LNG is already the fastest-growing segment of the marine fuels industry. Classification society DNV GL estimates a total of 159 LNG fueled vessels are currently in operation, with another 145 on order.

Since 1864, DNV GL’s purpose has been to safeguard life, property and the environment.  On their website, they vociferously boast of being passionate about safety, quality and integrity. According to DNV GL, ‘’companies turn to us to make complex decisions with confidence. We help them manage their most critical risks and demonstrate compliance with regulations and standards. From structural defects at a molecular level, to an anomaly in terabytes of data, no detail is too small for our world-class technical experts. But it is our ability to also see the bigger picture that sets us apart: from advising on tomorrow’s energy infrastructure to creating technical standards for the safety of the world’s shipping fleet, or assessing the sustainability of a food value chain.’’

S&P Global Platts Analytics forecasts LNG may take up as much as 7% of global bunker demand by 2030, up from about 3% this year. The global bunker market totals about 300 million mt/year of demand. S&P Global Platts prides itself as the leading independent provider of information, benchmark prices and analytics for the energy and commodities markets. For over 100 years, we’ve brought clarity and transparency to the energy and commodities markets, enabling companies, governments and individuals to act with conviction.

However, it seems using LNG will deliver significant savings in carbon emissions, as well as sulfur and nitrogen, and in conjunction with other fuel efficiency measures could be enough to reach the IMO’s 2030 target. But, reaching the 2050 target with LNG is likely to prove impossible, and ship owners contemplating buying a new LNG-fueled vessel with a 25-year lifespan need to think about viability of their investment over that time frame.

LNG bunker advocates have been at pains to describe their preferred technology as a “transition fuel” to help with decarbonisation in the short term while the technology is being developed for longer-term solutions.

The Senior Vice President for Maritime Affairs at Cruise Line Carnival Corp, Tom Strang, said recently, ‘’these ships cost upwards of a billion dollars each – we wouldn’t be doing it if the business case didn’t make sense.’’

While pointing out that Carnival has one LNG-powered ship in use and another 10 on order, Strang added, ‘’we firmly believe that as a long-term transition fuel LNG leads us into a sustainable future. It gives us opportunities to look at introducing bio and synthetic fuels in the future.’’

Their 26 ships operate 2- to 24-day voyages, departing from every coast in the US, as well as Canada, Puerto Rico and Barbados. While Carnival is best known for Caribbean cruises, she sails to other exotic and amazing destinations like Mexico, Alaska, The Bahamas, Europe, Hawaii and the Far East. Additionally, Carnival Cruise Line Australia now has three ships, and offers cruises from Sydney and Melbourne to New Zealand, the Pacific Islands and Singapore.

And, Denmark’s Maersk, the largest shipping company in the world, is looking at biofuels already in her efforts to reduce her carbon footprint. Maersk has set a more ambitious target for herself than that of the IMO, aiming to make ‘’commercially viable’’ carbon-neutral vessels into service by 2030 and targeting net-zero carbon dioxide emissions by 2050.

Late in June, she announced a trial with H&M Group of a shipment powered by a biofuel that she said represents total emissions savings across her production and consumption cycle of 85% versus high sulfur fuel oil. But the company has not said how much it costs, or whether she sees biofuels as a long-term solution.

Some have touted anhydrous ammonia, a high-octane, almost drop-in alternative for bunker fuel, as a possible carbon neutral fuel. But ammonia production is highly energy-intensive, making it much more expensive than other fuels – and it will take time to develop carbon-neutral power generation sources to produce it in the first place, as well as to raise production levels for the bunker industry and develop delivery infrastructure.

Engine manufacturer, MAN Energy Solutions, which enables her customers to achieve sustainable value creation in the transition towards a carbon-neutral future, has said that ammonia is unlikely to be viable within the next decade.

‘’By addressing tomorrow’s challenges within the marine, energy, and industrial sectors, we improve efficiency and performance at a systemic level – step by step. Our planet and our customers need solutions. Leading the way in advanced engineering for more than 250 years, we provide a unique portfolio of technologies. Headquartered in Germany, MAN Energy Solutions employs some 14,000 people at over 120 sites globally. A company advancing in tune with what the world really needs’’, the company said on her website.

For those who know better, hydrogen comes into a similar category to ammonia: possibly a solution in future decades once technological problems can be overcome and the necessary infrastructure developed, but unlikely to be used widely any time soon. And batteries and wind rotor technology may be of use in hybrid vessel designs for short-sea shipping, but are not going to make significant inroads into the large container ships and dry bulk carriers that make up the majority of global bunker demand.

For now, the IMO’s 2030 deadline is approaching gradually, and fuel-efficiency measures like slow steaming will not be enough on their own to deliver its target. Ship owners may find themselves returning to interim solutions like LNG if carbon-neutral solutions like ammonia continue to look technologically unfeasible in the interim.