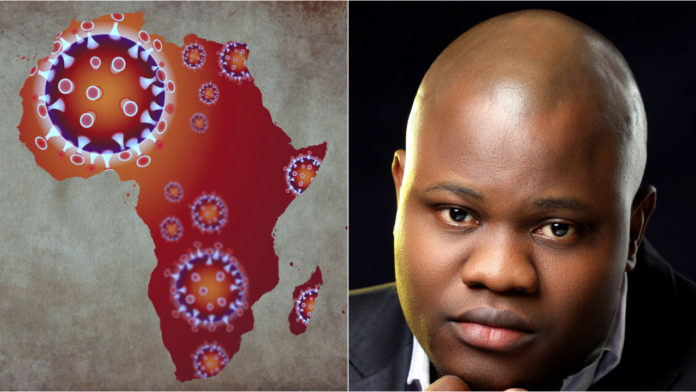 Coronavirus disease (Covid-19) is giving humanity its toughest challenge since 1918 – when influenza killed more people than during World War I. Since its outbreak late last year in Wuhan, China, Covid-19 has infected over 3.3 million persons and killed more than 234,000 globally. The fatality keeps mounting as the virus is alive in every region, except Antarctica.

Observe that Africa is the least affected continent, despite being the poorest in health care delivery and disaster control. Here we examine the factors that will make Covid-19 a catastrophe in Africa.

Virtually every nation on the continent lacks sufficient testing facilities. The most populous nation, Nigeria has only 17 testing laboratories for about 200 million population living in 36 states and the federal capital. The labs can only conduct about 3,000 scans daily. Hence, thousands of suspected cases face a long wait. During the delay, most of the suspected cases, out of faith that they’re uninfected with Covid-19, continue to interact and infect people. Many would have stayed at the isolation centres, but the abodes are at best unconducive, and at worst inhabitable.

The late detection problem is made worse by elites using their influence to get tested fast, even when they have no reason to worry. They are robbing those who really need testing and treatment of attention. In consequence, Sudan’s first case was reported posthumously. Another posthumous case was reported in Nigeria.

Late detection brings about underreported cases. The low fatality being reported across Africa is deceptive. The figures give African governments a pass mark when they’re failing. It makes them think they’re curtailing the virus excellently when they’re not. False statistics are misleading African nations to plan poorly for an imminent outbreak. They are planning a bit ahead when they should be planning far-ahead.

Worrying, Africa can’t measure up when the fatality erupts. The Commissioner for Health of Lagos State, Nigeria, Professor Akin Abayomi, stated during a media briefing on April 06 that “if we see 5,000 cases in four weeks or two weeks, we cannot cope with that and most other (African) countries cannot cope with that.”

Majority of Africa’s rural population and the urban underclass either thinks Coronavirus does not exist or they’re immune to it. Efforts by civil societies to convince them otherwise has been abortive and would remain so until they begin to see people die in their environment. Then, it would be too late to contain the spread.

African governments have largely failed to provide consistent and credible information to the ignorant many – a flaw the Coronavirus-5G controversy has shown some developed nations are also guilty of. Countless persons in Nigeria’s 20 million commercial cities, Lagos, thinks Covid-19 is a sham. Same applies to Accra, Abidjan, Johannesburg and many others.

Majority of the rural population don’t even know what a virus is. Enlightenment is being done on the radio and television they have no electricity to power. Nationally, the illiterates and ignorant-many can’t learn online as they’re either unskilled to surf the web, lack access to the internet or can’t afford it. With multitudes either discounting or ignorant of Covid-19, Africa becoming Italy is just a tick away.

A lot of people guess ailment and treat themselves when sick in Africa. This act is mainly caused by illiteracy, poverty, unaffordable, and unavailable health care services. People who periodically suffer from ailments that share symptoms with Covid-19 will naturally think they’re down with the same ailments when sick. Several persons on the continent are currently treating cough, malaria, and other common illnesses when they are down with Covid-19.

Africans rarely visit hospitals to treat common ailments such as cough and malaria. They simply procure a widely-acclaimed effective drug or make herbal concoctions for a cure. It is when the self-medication fail that they think of the hospital. In the course of misdiagnosis and self-medication, they infect their contacts, who then go on to infect the larger community. Such a delay in diagnosis and treatment is what Covid-19 needs to spread.

Africa has infectious pathogens such as Lassa hemorrhagic fever and Ebola. The continent also has several people living with deadly diseases such as cancer, tuberculosis and HIV. Roughly 15.3 million people are living with HIV in Africa, according to the World Health Organization (WHO). Covid-19 will exterminate these immune-compromised persons fast if they contract it. South Africa has over 7 million HIV-infected persons.

Than other continents, Africa has scores of youngsters whose supposed strong immune should hasten recovery from Covid-19. Unfortunately, many are suffering from malnutrition due to pervasive poverty. The malnutrition, which has weakened their immune system, would make them die fast of Covid-19.

One means of preventing Covid-19 spread is regular hand washing, but potable water supply is a challenge in most parts of Africa. There are three prevailing conditions in the cities: water is either being rationed, sourced from private boreholes, or purchased daily. Buying water to wash hands regularly is unrealistic to the poor majority living in slums. They also can’t afford sanitizers due to price hike.

Electricity is a problem. Employees told to work from home are unable to function due to lack of power. Rather than work, people spend most part of the day discussing. Those already infected, but asymptomatic, spread Covid-19 while passionately talking sports, politics, fashion, etc. Some go out to play football. Such action, influenced by infrastructural deficiency, aids community transmission.

Beyond the metropolis, the rural areas are worse off as some parts have no infrastructural exposure. The lack of amenities will frustrate the fight against Covid-19 as poor living conditions will make people have close interaction, even if they don’t wish to.

Extremely poor persons in Africa think abroad returnees are wealthy. As a result, many would have beseeched the infected returnees for alms and contracted Covid-19. Regrettably, these poor persons have returned to their densely populated communities spreading the virus.

Furthermore, some of the returnees who tested positive have hangout at popular spots and visited their relatives in the village. One thing African villages – most of which lack health facilities – need to go in ruins is a single case of Coronavirus. Several cases have been recorded in many villages.

Also vulnerable are the internally displaced persons and refugee camps. According to estimates by the United Nations Refugee Agency (UNHCR), eight of the world’s ten largest refugee camps are located in Africa and occupied by 6.3 million persons. Almost 18 million persons are internally displaced across the continent. People living in close proximity, as experienced in the displaced and refugee camps, have a high risk of contracting Coronavirus. Just one sneak-in case will cause disaster. Same for the overly congested prisons.

Curbing Covid-19 via social distancing and self-isolation is only effective in other continents, where the majority of the population have decent homes. In Africa, except the rich few, people generally live close together, sharing toilet and bath. Over 40 people share convenience in some densely populated homes. Under such condition, how would a couple occupying a room with four children practice social distancing? Should one of them get infected, how would (s)he self-isolate?

African cities are congested out of rural-urban migration and the search for job opportunities. The rural migrants, many of whom can’t afford to own a home in the city, live in uncompleted buildings. Some team up to rent an apartment. A few of the migrants save to own an apartment and sublet bed spaces. The sleeping pattern in those apartments is synonymous to the prisons. How would such plebs in Abidjan, Cape Town, Nairobi, Lagos and other cities practice social distancing? All Coronavirus needs to rule there is just one victim, and now it has many.

Africa has taken raft measures to curb Covid-19, but if the fatality witnessed in leading continents is anything to go by, the black race cannot escape a catastrophe. Despite being disadvantaged, African nations are easing lockdown to save their economies, while the most part of other continents remain lockdown. This will lead to an aggravation of fatality. In fairness to Africa, America and Europe have strong economies to float prolonged lockdown, but Africa does not. Thus, the continent is trapped between a rock and a hard place – remain on lockdown to save lives or ease out to save the economy.

Opting for the economy will bring Africa catastrophe. The most populous nation, Nigeria is relaxing lockdown amid fast-rising Covid-19 cases. Nigeria failed to learn from Ghana, whose infection rose tremendously a week after relaxing lockdown. Africa’s hasty ease of lockdown, especially in the congested cities – where social distancing and hygiene devotion is almost impossible – is the havoc-wreaking opportunity Covid has been seeking. The easement won’t last as increased fatality would lead to the restoration of lockdown.

African countries healthcare system lacks capacity. WHO recommends a doctor-population ratio of 1:1,000, but Cameroon, Central African Republic, and Somalia has 1:10,000. Kenya has 130 intensive care unit (ICU) beds for 50 million people. South Africa has 3,500 ICU beds for 58 million population – a three-quarter of what Italy with similar population has.

Nigeria has 350 ICU beds for 200 million people. Most of the nation’s healthcare facilities don’t have clean running water. Generally, the system is so flawed that doctors had to call off strike over unpaid wages to combat Coronavirus.

Other challenges rendering African healthcare systems incapable of handling several Covid-19 cases include low budgetary allocation, poorly paid staffs, and equipment shortages. The hospitals lack sufficient test kits, laboratories, ventilators, masks, gloves, medicines, protective suits, and other essentials. These deficiencies put Africa in a tragedy of not being able to fend for itself as the Covid-19 cases multiply.

Except an existing drug, such as the Chloroquine being touted by US President Donald Trump works, or the newly discovered vaccines on trial come out effective, Africa cannot escape a catastrophe. A direful state in which many will die without a doctor’s touch is looming. Thousands will rest eternally in mass graves. It’s difficult for optimists to accept and painful for the writer to assert, but the handwriting on the wall is as clear as the biblical “Mene, Mene, Tekel, Upharsin.” Covid-19 will deliver its message of catastrophe to Africa in the next days.

*Omoshola Deji is a political and public affairs analyst. He wrote in via moshdeji@yahoo.com