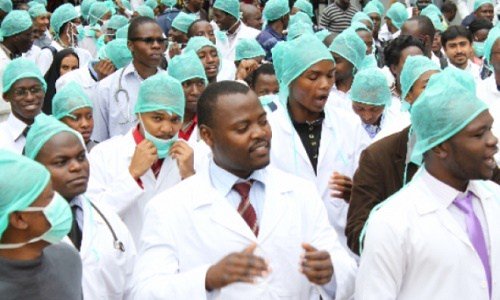 The Chairman of Kogi State chapter of the Medical and Health Workers Union of Nigeria (MHWUN), Comrade Gabriel Amari, has raised an alarm over the condition workers in the state are being forced to undergo.

He alleged that they are being forced by government functionaries to accept percentage salary in the state for the month of April.

Comr. Amari said his members and other unions in the state were being coerced by the Directors of Local Government Administration (DLGS) in the 21 LGAs to accept a dummy that the State Government had directed a reduction in the already ridiculous 50% salary paid to LG workers in the State, describing the attempt to use the Governor’s name to cause more hardship on local government workers as wicked and inhuman.

Amari who expressed reservation at the alleged directives said it was not only a manipulation of the DLGs to further impoverish Local Government Workers in the state but also an unfortunate way of dragging the state government in the mud, adding that such a plan was totally unacceptable to LG workers in the state.

The union leader argued that there was no reduction in the monthly allocation of the state that could warrant any percentage salary payments, stressing that the DLG’s should stop hiding under the guise of COVID-19 to deny workers in the local government their legitimate right amid the hardship in the country.

According to Amari, “If the State government is not directing the Accountant General to pay percentage salary to state workers, why should DLDGs think of this unpopular and inhuman move against the overstretched and impoverished LG workers?”

Comrade Amari who particularly lamented the plight of LG workers as exemplified by the functions and daily activities of health workers noted with concern that despite their vulnerability in line of duties, especially with the current global health challenges of COVID 19, there are no PPEs or incentives to encourage them.