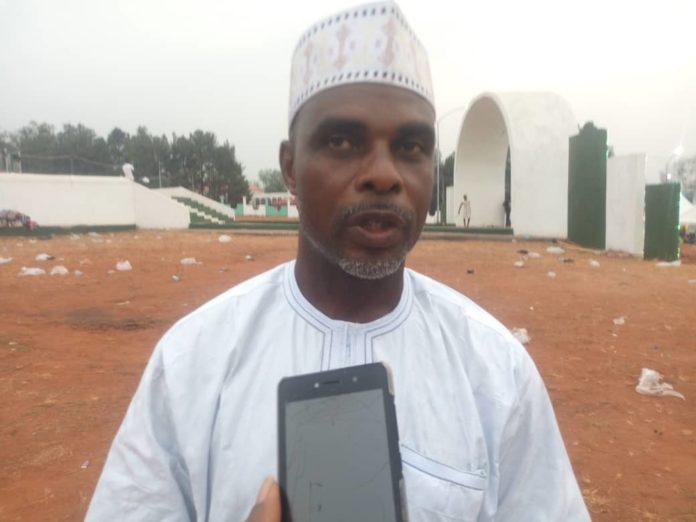 Amidst growing tensions over recent clashes between Fulani herdsmen and farmers in agrarian communities of Anambra State, the Fulani Community in Anambra State has debunked rumours that they are on a jihadist movement in the State.

Recent days have seen renewed clashes between the Fulani herdsmen and farmers in communities of Anambra North Senatorial Zone of the State, resulting in loss of lives and property.

Unconfirmed reports had alleged that about four persons have been killed and about 108 cows slaughtered in Ifite-Ogwari in Ayamelum Council Area of the state late last year, a matter that is presently being handled at the State Police Headquarters, Awka.

Reacting to the development in a chat with our correspondent, the Leader of the Fulani Community in Anambra State and Southeast Chairman, Miyetti Allah Cattle Breeders Association, Alhaji Giddado Sadiq, said they are committed to a mutually-beneficial relationship with communities where their cattle graze and do not intend to own people’s lands.

“From history, a typical Fulani man has no intention to own any land anywhere. Where his concerns lie, is the pasture where he will graze his cattle. That is why to date, there appear to be no specific native lands owned by our people. This has, in turn, fueled the misinformation that the Fulani tribe is not from Nigeria. That is not true. The fact in issue is that a typical Fulani man has no need to own land anywhere due to his nomadic nature,” he explained.

On the recent clash with Ifite-Ogwari Community, Alhaji Sadiq regretted that those who attacked the herders were not farmers in the community but hoodlums who want to foment trouble.

“What happened at Ifite-Ogwari was that some uninformed youths went and attacked Fulani herders and killed about 108 cows, claiming that their farms were destroyed. A community had been set up and when they visited the community to see the destroyed farmlands, we were shown about five farmlands but there were no crops on them,” the Fulani leader revealed.

He, however, commended the State Government and some members of the community for their intervention that forestalled further destructions and expressed the hope that with the steps being taken, the issue will soon be resolved.

It will be recalled that Anambra State Government had in 2015 set up a Cattle menace committee that drew its membership from the leadership of the agrarian Communities and the Fulani Community as well as security agencies, to pre-empt and forestall such crises and in the event of any occurrence, ensure compliance with laid down truce agreements.

This agreement appears not to have gone down well with some citizens of the state as they believe it places a price tag on human life.

Speaking on the issue, the Southeast Miyetti Allah Leader said the initiative is working but regretted that some persons in their determination to rubbish every initiative of the state government, are inciting communities to believe that it is a one-sided agreement.

According to him, “I, as the leader of the Fulani Community in Anambra, have had to pay severally to maintain this stability and what it does for everyone is that because you will be held responsible as a leader, you will make sure that nobody breaks the truce. That way, peace is maintained and the people exist harmoniously.”