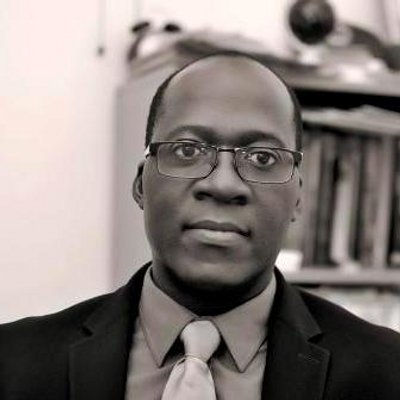 This young footballer died on the football pitch in Nigeria, a few days ago. Martins fell unconscious during his Nasarawa United side’s 3-0 win over Katsina United. The people around him were unable to offer any credible assistance to bring him back to life.

A video circulating about the resuscitation attempts make such distressing viewing, we should all be ashamed of ourselves.

In the video, someone grabbed his leg and was slapping his feet. Two people placed hands on his chest. One person held his mouth open and another was heard shouting, ‘do not let him close his mouth.’ Finally, a fool was busy praying and shooting the video!

That nobody in the crowd which surrounded and were busy playing with his leg and mouth knew about cardiac massage and mouth to mouth resuscitation is a tragedy. He was effectively killed by these people and we should all be embarrassed. His manager, colleagues, the physiotherapists and others in the audience on that day should be suitably chastised.

A bunch of jokers!

As Nigeria’s sports minister, Sunday Dare said, “The death of Nasarawa Utd FC defender Chineme Martins who slumped during the match is sad but regrettably avoidable.”

He added, “As an immediate first step, the NFF has directed that no further match be played except there is a full complement of the medical equipment and personnel as provided in the NFF Club Licensing Regulations. All Match Commissioners and the host FA are to ensure they inspect all the facilities including carrying out test runs before giving go-ahead for any match to be played.”

Why did it take such a tragedy for common sense to prevail? Why did we have to lose another life before the penny dropped? Whose life is next as we blunder from one mishap, one mistake to another?

Even now, what are you doing to learn how to save lives? The sad fact is that the life you save may be that of a friend, loved one or even a family member!

Learn cardiac massage and mouth to mouth resuscitation today. Go online and see it. Practice it. Pop into your local clinic or hospital and ask them to arrange a lesson for you. Many hospitals will gladly do it free of charge. We would. If you are in Abuja, come to us: The Brain and Spine Surgery Consortium. 8B, Buchanan Crescent, Off Aminu Kano Crescent, Wuse 2.

This is critically important.

Many people have died at work or in many of our public places including our stuffy airports from cardiac arrest and strokes. Some of these lives could have been saved if the airports, banks, ministries and other public offices have people confident in life-saving techniques and other important equipment.

The other tragedy as related to Chineme Martins was that the ambulance refused to start thus effectively delaying any chance of a return to good health for the poor man. Why take a useless and ill-equipped ambulance without trained personnel to such an event?

Someone was obviously pretending or faking it by parking a tin-can at the sports venue. It won’t be the first time. Nor the last, of course!

We are not a serious people! 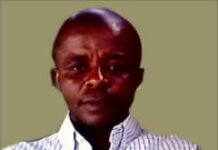