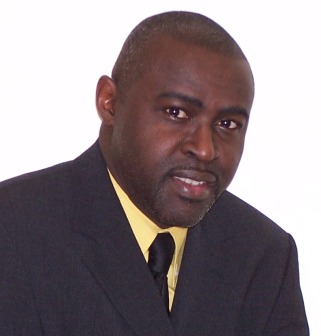 Please, let’s get something right. There’s no leader who has ever ruled Nigeria that has ever meant bad or evil for Nigeria. None!!! They have always meant well for the country.

Leaders, who benefit from a country must mean well for their country because it is actually not in their best interest to mean bad for a country that provides them with everything providable – free life, so to speak; free everything, and free and easy loot – the treasury and resources are at their easy disposal – the higher ones can even print their own money. So, the ruler must ensure everything is going on fine so that a country as rich in resources as Nigeria will continue to sustain him. As we often see, no ruler, and this include state governors and their deputies, and even down to the local government chairman, in Nigeria has ever come out of the office a poor man (of course, service to your country does not mean you should be impoverished, but neither does it mean you must be fantastically and stupendously rich as to be a billionaire); It is impossible and unheard of in Nigeria. But I can give some, or most of them, one thing; apart from the late General Sanni Abacha, they always keep their loot in Nigeria and not cart it to a foreign country to deposit (I might be wrong, but most of them have not been accused of that felony.

So, they always meant well for Nigeria, the country; not for Nigerians, the people, hence the impoverished and abysmal state the people of Nigeria are today after sixty years of self-rule and no respite in sight for the foreseeable future.

Assuming these rulers, military and civilians alike, are good leaders initially, their modus operandi, patriotism, vision, capability, integrity, morals, purpose and the calibre of people they have around them to help them rule or govern, are all put to a question on the success of ruling/governing the country.

I am using both Rule and Govern very with a loose knot, and interchangeably. I believe they are not the same, although the Oxford English Thesaurus will not agree with me. The word, Rule, to my consciousness, connotes some forceful imposition of order, more with dictatorship, autocracy and old monarchy. In many African countries, and especially in Nigeria, our leaders have been ruling us – the military-ruled, for example, and the civilians, as encumbered as they are by democracy, are still prone to the ruling, not governing

Coupled with the unfortunate (for the people they are ruling) fact that most of them had no idea of what power is and entails but had power thrust upon them or they forcefully grabbed it, such can best be described as impulsively, unpreparedness and inaptly. This, unfortunately, is no excuse not to rule or govern well. Authority and power should teach you a few things, even if you have no idea of what you will meet when it is thrust upon you. If you’re a good and decent person, who loves people and wants to ensure the good governance to enhance and better your people, remembering your humble roots, then one should be able to adapt to wielding ad exercising power for the common good, and not for selfish interests.

Leaders who were never equipped for the tough and onerous (I will not say thankless because nobody is forced to do it) task of ruling Nigeria, but were persuaded to rule included Alhaji Shehu Shagari of the Second Republic; Gen (and Mr) Olusegun Obasanjo (both times); Chief Ernest Shonekan of the short-lived puppet Transitional Government; Gen Abdulsalam, he of the opportunistic stroke of luck; Alhaji Umar Yar ‘Adua, meek, sick and patriotic and Mr Goodluck Jonathan, a good man amid evil men and women, but still no excuse.

Leaders who thought they were prepared and had what it takes included Maj General Aguiyi-Ironsi of the first-ever Nigerian military coup; General Yakubu Gowon, opportunistic but actually adapted very well to the role of leading the country, despite a devastating 30-month civil war; Maj General Murtala Mohammed, short-lived but made a good mark; Gen Muhammadu Buhari, propped up by his lieutenant, Gen Tunde Idiagbon, but nevertheless a tough dictator who could have gone far to change Nigeria’s problems of indiscipline and corruption; General Ibrahim Babangida, a man who made a mess of the goodwill showed him by the people by succumbing to corruption and then institutionalising it; General Sanni Abacha, dictator extraordinaire, with absolutely no idea or intention of governing, but to loot his own country dry.

Most of these leaders, either way, made a mess of the country. They are all culpable one way or the other of the mess the country called Nigeria is in today after sixty years of Independence from the British. This is the only measuring stick we can use. It is no use looking for benchmarks, yardsticks, performance indices, targets, and what not; it is all there for anybody, educated or illiterate, Northerner or Southerner, Christian or Moslem, Nigerian or foreigner, to see and work out what befell Nigeria in the area of leadership and governance. It is all NOUGHT.

Too many leaders get caught up in thinking about power rather than their responsibility to those they lead, said Stanford GSB Dean Robert L. Joss. Earning trust and respect is crucial, Joss said. “You have to enlist followers when you’re in a role at the top, and you’re very dependent on those followers. What you want are people who are inspired, who are committed, who are motivated. It’s your job to instil confidence in them.”

He isn’t talking about sycophants. “When you’re at the top,” Joss said, “people don’t always tell you what you need to hear. Indeed, that’s probably the single biggest blind spot or difficulty.”. (In https://stepstoknowledge.com/steps251-275/step270-With-Power-Comes-Responsibility.htm )

With power comes responsibility. Knowledge will empower a true leader, and a leader must be responsible for Knowledge. That is why a leader must become a follower. By becoming a follower, he/she becomes a leader, for he/she can receive and can be guided.

A leader must recognize the relationship between power and responsibility. Responsibility requires self-discipline, self-restraint and self-control. It requires objectivity about one’s own life which very few have yet attained in this world. Responsibility is a burden until it is recognized as a source of protection. It is the guarantee and the assurance that one’s gift will find a wholesome and welcome expression within oneself and that one will be advanced and accomplished by the rendering of one’s contribution.

It is very common in the world that people want power without responsibility, for their idea of freedom is that they are not beholden to anything. This is utterly counter-productive and has very dangerous consequences for those who persist in attempting it.

It was time African leaders started learning how to be responsible when power is thrust at them or entrusted to them. Power is not for oppression, self-enrichment, pride or irresponsibility.

After 60 years, plus an additional 46 years from 1914 (Amalgamation), the country might as well be back in the Dark Ages. We’re hardly moving forward; certainly not as rapid as is expected and should have been, with the huge resources, both in minerals, materials, environmental and human, that we have bestowed on us by the Creator.

And let’s get another thing right! Both leaders and followers in Nigeria never do things with complete sincerity and altruism. It is always with self-interest, self-aggrandisement, “what will I get from it” syndrome and mindset. We rarely see selfless service from our public servants and politicians. It is a very rare virtue in our society. We need both intensively patriotic, selfless leaders and intensively selfless patriotic followers. They must complement and support each other and work in synergy with each other with the same vision, focus, commitment, desires, the sincerity of purpose and absolute, undiluted patriotism. There is no other way!!!

Nigeria has been taking one step forward and then taking three, maybe even ten, backwards, but we’re still moving, slowly but hardly.

I can only advance my naive opinions in this article, but a book written by one Adejuwon Jude Feranmi, “The Pragmatisms of Real Change“, 2018, which I accidentally came across very recently, will be most educative, insightful and food for thought for any Nigerian who is truly patriotic and concerned with our acutely obvious, profound, pronounced dearth of leadership and direction.