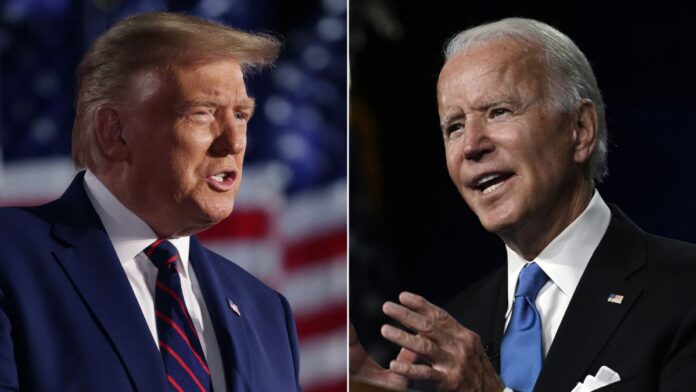 Investors should be expecting and preparing for significant market volatility in the event of a disputed outcome of the U.S. presidential election in five days’ time, warns the CEO of one of the world’s largest independent financial advisory and fintech organisations.

The warning from Nigel Green, the chief executive and founder of deVere Group, which has $12bn under advisement, comes as President Donald Trump and his Democratic White House rival Joe Biden both hold rallies in the critical election state of Florida.

Biden maintains a substantial lead over Trump nationwide, according to most polls.

Green says: “Biden is leading in the polls and the markets have already priced-in victory for the Democrats.

“This is demonstrated by investors in recent weeks piling into renewables, industrials and other sectors that could benefit from a Joe Biden administration.

“However, history has taught us not to underestimate Trump. More than 81 million people may have already voted ahead of Election Day on 3 November, but these voters are more likely to be Democrats and Republicans.

“Indeed, Trump has urged supporters to wait and vote on the day itself due to alleged concerns on mail-in voting.

“As such, we could see an important shift in numbers, with Trump making gains on Biden.”

He continues: “Trump has repeatedly signalled he could contest the election outcome if it is unfavourable to him.

“Should Trump reject the result it would lead to a long-winded post-election struggle in the courts – and on the streets – that could last for months.

“This major political uncertainty in the world’s largest economy would generate significant market volatility across the globe.”

Investors should now be expecting and preparing for this possible scenario, according to the deVere CEO.

“Volatility is not always a bad thing – in fact, it can be useful to investors. They should now be asking themselves: ‘Is my portfolio best-positioned to mitigate the potential risks but to seize the opportunities?’”

He goes on to add: “Markets loathe uncertainty, so in the event of a contested result, safe-haven assets will get a boost – especially non-sovereign classes such as gold and Bitcoin.”

Green concludes: “The uneasy reality is that the political stalemate in the U.S. could continue into 2021.

“Should this happen, the markets will reflect the chaos and remain meaningfully turbulent.

“As ever, to grow and protect their wealth, investors are urged to remain in the market and ensure adequate portfolio diversification in order to take advantage of the opportunities that will inevitably be presented.”