I may not know the number of Nigerians that would be affected by the US latest decision not to issue visa to international students whose universities have moved their classes online, the figure is likely to be substantial. Going by the information credited to Morgan State University on the official website of the Tertiary Education Trust Fund (TETFUND), Nigeria tops all African countries in the number of students sent to the U.S., approximately 12,000 per year. This number is equivalent to 30 percent of all students from Africa and that ranks it 12th in the world among countries of origin of international students in the US.

A statement earlier in the week by the Student and Exchange Visitor Program (SEVP), which is also run by the United States Immigration and Customs Enforcement (ICE) had stated that foreign nationals enrolled in U.S. educational institutions may have to either transfer to a school with in-person or take their online classes out of the country or risk deportation if they stay.

It said, “The U.S. Department of State no longer issues visas to students enrolled in schools or programs that are fully online for the fall semester nor will U.S. Customs and Border Protection permit such students to enter the United States. Active students who are currently in the United States and enrolled in such programs must leave the country or take other measures, such as transferring to a school with in-person instruction to remain in lawful status. If not, they will have to face immigration consequences.”

Expectedly, this decision has been widely criticised by American politicians and universities. For instance, Harvard, which coincidentally just announced its plan to deliver its course instruction online in the new academic year, believes the decision “undermines the thoughtful approach taken on behalf of students by so many institutions, including Harvard, to plan for continuing academic programmes while balancing the health and safety challenges of the global pandemic.” On her part, Democratic Senator Elizabeth thinks the decision is “senseless, cruel and xenophobic,” while a former US ambassador to the UN, Samantha Power, says it “is unworkable for most college students.”

Honestly, I can’t see the sense in asking a student who has probably paid $50,000 tuition (Average tuition at Harvard is $50,420) to leave a country simply because the university has moved lectures online. Some people may conclude that the US is probably just interested in the $45bn revenue it gets from its international students, according to the data by the US Department of Commerce.

I prefer, for instance, what a university like Cambridge has done. It said that the university will do online classes for the 2020/2021 academic session. But the university pre-warned its intending students to manage their expectations as they would not be having that campus experience, which many of them must have craved for. That’s fair enough. But to tell someone admitted to Harvard to go back to his/her home country and follow their lessons online after paying over $50,000 seems unfair to me. Although the US has said it took the decision for safety reasons, I think no student should be denied both the joy of being on the campus of an Ivy League University and having the American experience at the same time.

Well should the US stick to its guns, there is really nothing anyone can do about it. The country is only trying to tell the rest of the world that it owns its intellectual product and that it has the right to determine how it is traded. Whoever is not satisfied is free to opt-out.

I would have been glad if Nigerian leaders have learned the right lessons from all the disruptions that this COVID-19 pandemic has brought to mankind. Unfortunately, it seems it’s still business as usual in this country. Many of our leaders are still behaving as jesters in government. All we see most of the time are movements without motions. There is so much confusion everywhere.

Take for example the Federal Government’s announcement on school reopening. The Minister of State for Education, Chukwuemeka Nwajiuba, announced earlier in the week that pupils in terminal classes could resume classes to prepare for their external exams. He told us that the regional West African Senior School Certificate Examination (WASSCE) organised by the West African Examination Council (WAEC) would start on August 4 and end on September 5. A few days later, the Minister of Education, Adamu Adamu, came out to say that there was nothing like that, accusing the media of misrepresenting the junior minister.

The minister went further to state that he would prefer Nigerian students to lose one academic year than for them to resume school and endanger their lives just because they wanted to sit for WASSCE. Until one probes deeper into the activities of the government, one might be tempted to think that the Nigerian child is at the centre of the government’s latest decision. Of course, the issue of school reopening has been neither here nor there across the world as there have been cases where schools are opened and hurriedly closed across the globe since the outbreak of this pandemic. However, one thing that is common to all serious-minded countries is that they are all busy doing one thing or the other to make their schools safe for reopening.

What has Nigeria done? Nothing! You will assume that a government that came up with a document, titled, “Guidelines for schools and learning facilities reopening after COVID-19 pandemic closure,” should at least implement its own recommendations. This has not been the case here. The Federal Government that asked schools to provide temporary isolation spaces, fully equipped clinics, more classrooms and employ more teachers so that students could sit at least two metres apart ahead, has done nothing in this regard. Rather, private schools are the ones taking steps to put safety measures in place according to investigations by FrankTalknow.com. This government has refused to lift a finger.

Therefore, it will be self-deception to agree with the government that the decision to keep the schools perpetually under lock and key is in the interest of the children. The government that is acting in the interest of the citizenry should be seen to be doing something for the people. How can a minister of education boldly proclaim that it does not matter if a child loses one year? Is he aware that many of these children are not likely to return to school even now? Some schoolgirls might have been impregnated! Some might have completely lost interest. I also don’t know if the minister is aware of a new World Bank Report that estimated that close to seven million students from primary up to secondary education may drop out of school globally due to the income shock of the coronavirus pandemic alone. Our dear minister ought to know that keeping children at home for one year will further impact negatively on our poor out-of-school children figure that currently stands at over 13million. I am not in any way implying that the safety of these children should be compromised. Rather, what I am saying is that Nigeria should do what other responsible governments across the world are doing in terms of putting safety measures in place for staggered resumption.

UK is considering shifting the 2021 A’ Level exams, which should normally hold around May next year. But it is so obvious that students are at the centre of this decision. The country said it wants to give students more time to prepare after being kept at home for months because of coronavirus. Those in charge of education in that country believe that the students have missed three months of lessons and would need extra time to catch up in order to be able to do well in the exams. And to show its commitment to the wellbeing of these students, the country has devoted £1 billion fund to help children ‘catch up’ with lost learning. That is a country!

Well, one can only hope that both the Federal Government and the Academic Staff Union of Universities will get their act together this time around since online options have gone beyond being considered for this session, but for the next academic year. I learnt that some public universities tried to give their students free data for online lectures but ASUU ordered its members not to teach. I think ASUU should shift the face-off between it and the Federal Government till post-COVID-19 for the sake of Nigerian students who are the real victims of this great fight among two elephants.

And as for people in government, I hope they have realised that in life, you reap what you sow I mean, whoever thought that there would ever be a time when all borders and air spaces would be shut and everyone requiring medical care would have to make do with what is available in this country. With this US decision not to issue a visa to students whose universities have moved online, who knows whether a time will come when these countries that we run to for better, quality education will tell us to access their classes from our own country. Should we wait for that to happen before we put our own house in order?

Olabisi Deji-Folutile is the Editor-in-Chief of Franktalknow.com and member, Nigerian Guild of Editors. Email bisideji@yahoo.co.uk. 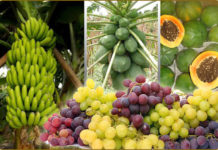