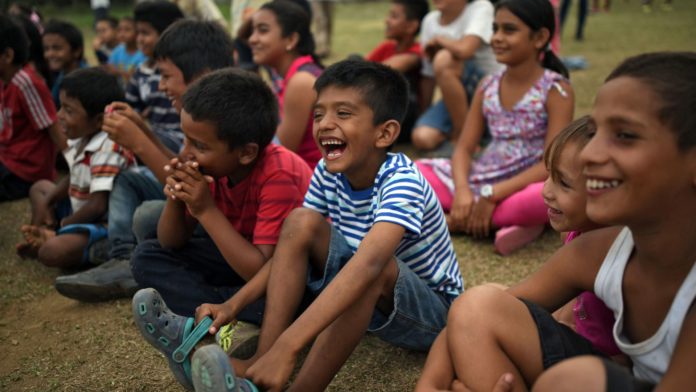 Three United Nations agencies in a new report, At the crossroad: Unaccompanied and separated children in the transition to adulthood in Italy, have highlighted the ‘triple transition’ young refugees and migrants face when they turn 18 years old – from adolescence to adulthood, from living in one country to another, and through the emotional pain and trauma experienced when leaving home and during dangerous journeys.

This is coming as 60,000 young refugees and migrants who arrived in Italy as unaccompanied children between 2014 and 2018, have since turned 18, and require ongoing support to ensure their successful transition into adulthood.

The report was commissioned by UNICEF, refugee and migration agencies of the UN. The research was carried out by the ISMU Foundation- Initiatives and Studies on Multi-ethnicity- in collaboration with University of Roma Tre and University of Catania.

The research focuses three regions of Italy that have received, or continue to receive, large numbers of young unaccompanied and separated refugees and migrants – Sicily, Lombardy and Latium.

ISMU Foundation is however, an independent research centre founded in 1993 promoting research and training activities on migration, integration and the ever-growing ethnic and cultural diversity of contemporary societies.

UNICEF Country Coordinator for the Migration Programme in Italy, Anna Riatti, said “the difference between a 17-year-old refugee or migrant who fled conflict or violence and an 18-year-old who has lived through the same traumatic experience is negligible. The potential loss of continuous support for tens of thousands of young people – due to an artificial, age-based distinction, – will put them at further risk of social isolation, violence, abuse and an uncertain future.”

“Recognising the complex nature of the children-adult distinction and acknowledging that persons coming of age have specific needs lies at the heart of this research”, said Roland Schilling, UNHCR Representative for Southern Europe.

“Having a clearer understanding of the factors that favour or hinder a positive transition from being a refugee child to becoming an independent, self-reliant and resilient adult will help states step up their efforts to protect not only refugee children, but also their successful transition to adulthood.”

“The added value of this research is twofold: it highlights vulnerabilities and risks of unaccompanied, and separated children during their transition to adulthood, and at the same time emphasizes their strengths, ability to take action and resilience, as well as their potential. Additionally, this research draws attention to the best practices to disseminate”, said Laurence Hart, Director of the IOM Coordination Office for the Mediterranean.

The new report outlines factors that hinder young refugees and migrants’ transition into adulthood. These include slow and complex procedures to obtain legal documents; discrimination and racism; difficulty in accessing education and training and finding work; overcoming emotional trauma as well as the risk of violence, particularly for girls.

Factors supporting young refugees and migrants during this critical time in life include positive relationships with peers and guardians; access to school, vocational training and employment opportunities, as well as safe and adequate housing.

In the report, the three UN agencies provide key recommendations to Italian authorities and the European Commission:

Adopt an inter-sectorial national strategy to increase social inclusion for young refugees and migrants who have recently turned 18, as well a National Action Plan against racism, xenophobia and discrimination.

Ensure the full implementation of Law no. 47/2017 on protection measures for UASC.

Provide information to young people on the dangers of getting involved in informal and illegal activities such as trafficking and sexual exploitation.

Increase participation of young refugees and migrants in social and recreational activities.

Recommendations to the European Commission

Facilitate effective cooperation between Member States in assessing the best interests of every child, and in implementing family reunification procedures

Establish a system to collect accurate data and information on current and former unaccompanied and separated refugee and migrant children to strengthen protection systems.

Earmark resources under the upcoming EC Asylum and Migration Fund to strengthen and scale up the good practices identified in this report.

IOM, the migration agency is working to help ensure the orderly and humane management of migration, to promote international cooperation on migration issues, to assist in the search for practical solutions to migration problems and to provide humanitarian assistance to migrants in need, including refugees and internally displaced people. While UNHCR, the refugee agency, is leading international action to protect people forced to flee their homes because of conflict and persecution, delivering life-saving assistance such as shelter, food and water, helping to safeguard fundamental human rights, and developing solutions that ensure people have a safe place to call home where they can build a better future, UNICEF on the other hand works in some of the world’s toughest places, to reach the world’s most disadvantaged children. Across more than 190 countries and territories, we work for every child, everywhere, to build a better world for everyone.