The untimely death of 22 years old, Miss Uwaila Omozuwa at the University of Benin Teaching Hospital (UBTH), after she was supposedly beaten, raped and hit with a fire extinguisher by unknown men on Wednesday, 27th May, 2020 at The Redeemed Christian Church of God, Edo Province 10, Ikpoba Hill, Benin, Edo State, has opened another inglorious chapter of violence against women in Nigeria. To be sure, this is not the first time such a sacrilegious act would take place in the House of God. In the early hours of Monday, August 2019, an unidentified young woman was raped to death by unknown persons in front of Grace Tower Church, Makurdi, the Benue State capital. Human Rights Watch has lamented that despite the passage of the Violence Against Persons Prohibition (VAPP) Act of 2015, there are persistent cases of gender-based violence including rape of young girls at home, on the streets, in the workplace, in Internally Displaced Persons (IDP) camps and sexual molestation of female detainees by Police under the guise of extracting confessional statements. 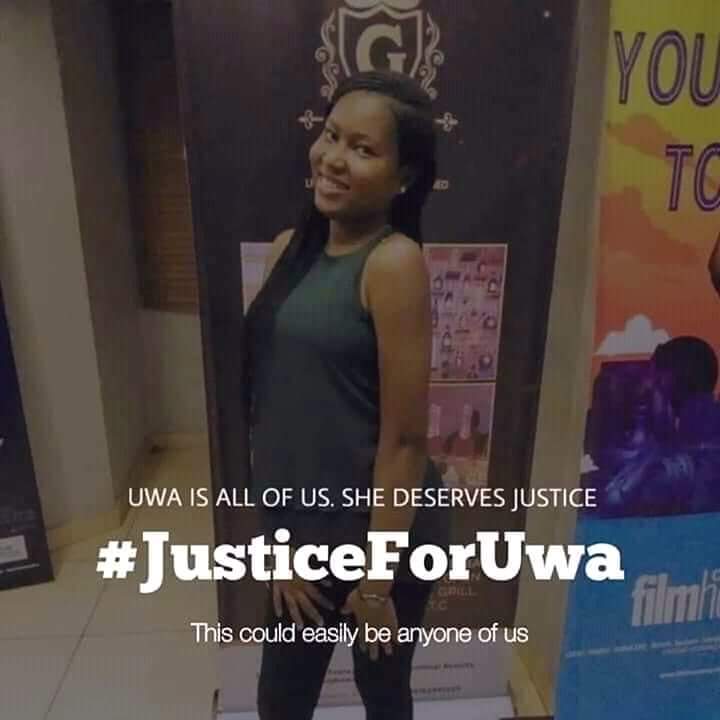 On February 21, 2020, The Salama Sexual Assault Referral Centre in Kafanchan, Jema’a Local Government Area of Kaduna State reported that there have been 108 reported cases of sexual assault between January and February 2020. Manager of the Centre, Mrs. Grace Abbin, disclosed that of the 108 cases, 19 were rape cases, while a total of 219 sexual assault cases were recorded in 2019 when the Centre was opened by the state government. Only recently, a Policeman allegedly shot dead a 16-year-old girl, Tina Ezekwe, in the commercial city of Lagos. On May 29, 2020, in a story titled “On Police arrest two officers for shooting a teenager in Lagos” Premium Times reporter, Ifeoluwa Adediran quoted a Police Statement as saying: “The bullet pierced through the left upper side of her lap. She was rushed to hospital by a team of Policemen led by the Divisional Police Officer. The battle to save her life lasted for two days; she died on 28th May, 2020 at about 2129 hours while on admission.”

There are other narratives which make the list of the sorrowful mystery of rape in Nigeria. For example, on 31 October 2018, The Guardian’s journalist, Joseph Wantu, reported that Miss Ochanya Ogbanje died as a result of alleged sexual abuse over five years against her by one Andrew Ogbuja, and his son, Victor. It would be recalled that a 14-year-old, Vivian Ogu was shot by armed robbers after the teenager resisted being raped by them when her family house in Benin City was invaded about 10 years ago. Pope Francis who was represented by Archbishop Guampetno Dal Toso during the closing ceremony of the National Mission Congress of Nigeria in Benin last year described the late Vivian “as an example to all Christians in Nigeria and the rest of the world.” In a related development, The News Agency of Nigeria (NAN) disclosed that the Jigawa State Police Command said it had arrested 11 men for purportedly raping a 12-year-old girl at Limawa quarters, Dutse Local Government Area of the state. One of Nigeria’s finest broadcasters, Tokunbo Ajai of Nigeria Television Authority (NTA) was said to have died mysteriously in London on August 18, 2000, after being allegedly gang-raped by robbers in her home in Abuja.

In a study entitled “Violence against women and its implications for peace and security in Nigeria” Haaga, Aja and Chukwuemeka (2015 – International Journal of Peace and Conflict Studies, 2,3:27-40) conceived violence against women to include sexual, psychological, economic and political abuses which women suffer at home, on the streets, in the workplace and the political arena. They contended that: “Such violence has serious implications for peace and security of any nation because they are intimately related with complex social conditions such as poverty, lack of education, gender inequality, child mortality, maternal ill-health, and human immunodeficiency virus syndrome (HIV/AIDS)” (p.28).

In an empirical study titled “Characterizing Rapists and Their Victims in Select Nigeria Newspapers” which used two national dailies, Tade and Udechukwu (2020) found that about 331 rape cases have been analyzed and that the rapists were found to be of the age group between 18 and 55 years. The paper reported the victims’ age to be between 1 and 20 years. It also informed that rape victims were 90% females compared to males and that most of the rapists are labelled as familiar foes which include father, relatives, neighbours and third-party guardians. In two separate reports, The Daily Trust quoted Nigeria’s Minister of Women Affairs and Social Development, Dame Pauline Tallen as saying, two (2) million Nigerians are raped every year. She made the assertion when the Federal Government launched the Sex Offenders register to tackle issues of rape in Nigeria.

In another paper, “Boko Haram’s violence against women: What can the media do?” (In Ndubisi E.J & Kanu I.A (Eds.) Gender equality and power relations in Africa: Insights from religion and socio-cultural perspectives, 9-31), Dyikuk and Kanu (2018) emphasized that gender-based violence has physical, psychological and psycho-spiritual effects on its victims while blaming the menace on lack of thorough investigation and documentation of the number of women and girls who have been abused, the culture of secrecy and fear of reprisal attacks on family and relations of victims as reasons which have worsened women’s vulnerability across the country.

Governed by their whims and caprices in what can be described as the law of the jungle, the culprits in Uwaila’s case stormed on their victim like lions on a helpless prey. The suspects would not escape the long arm of the law because sooner than later, they would be apprehended. The story is a double tragedy. That the victim was allegedly raped in her local church where she goes to read every day demonstrates a double sacrilege – Desecration of her body (the temple of the Holy Spirit) and the House of God. It defies logic and moral sensibilities that criminal elements would dare divine wrath by turning the body of a precious soul created in the image and likeness of God into a temple for mundane sensual gratification.

What is more, that the perpetrators who may have stalked their victim for some time as she went to the Church daily to read decided that the place of worship is the battleground for their unholy exploits reveals their level of madness – The saying “Those whom the gods want to kill, they first make mad” comes in handy. To my mind, although the anchor has been broken, the calculus of guilt and punishment are almost predictable. Whether the anchor would be a symbol of karma, retributive justice or luck, is left to God. Meantime, like the rain that does not fall without fulfilling its purpose, justice must take its full course.

That the 100-level Microbiology student of UNIBEN was purportedly beaten, raped and hit on the head with a fire extinguisher further reveals the demon in the actors. Questions that readily come to mind are: Have we lost our humanity? Where is the place of conscience and guilt in our society? Has Nigeria become a Banana Republic where life is short and brutish? How come women have suddenly become objectified and commodified as instruments of sexual pleasure? While these questions may be seeking for moral answers, the question of culpability before the law is one that would keep hunting the masterminds.

Since by going for the icing the cake was lost, the unfortunate incident is a two-count charge of rape and murder by current media trial standards. I am confident that the Police would arrest the victims but their action implies that life has become animalistic in our country. Be it date rape or gang rape, apparently, rape culture has dawned upon us. Like the ignominious Poverty Capital of the World, is Nigeria likely going to overtake India as Rape Capital of the World? This rhetorical question should set us thinking for concrete measures to curb the dastardly act.

Meanwhile, religious organisations must act swiftly to ensure that criminal elements do not rob religion of its nobility. Beyond rhetoric, religious leaders should provide security for their members who come to commune with God. While those who constitute the faithful are made of up of saints and sinners, those who insist that the devil in them is more than the angel ought to be reminded that jails also exist. The rape of Uwaila may just have opened another page in the book of many victims who have been gagged into silence. Her sad incidence should propel religious leaders to install CCTV cameras in their Churches or Mosques so that criminals would not turn worship centres into sanctuaries of the absurd.

Governments (Federal and state), security agencies, parents/guardians and Civil Society Organisations (CSOs) should ensure that human rights violations in Nigeria are thoroughly investigated. These investigations should be independent to ensure accountability and perpetrators are brought to justice in fair trials. The Ministry of Women Affairs and Social Development, educationists, the judiciary, journalists and other media professionals have an enormous task in ensuring the safety of women and girls across the board. There should be intensive efforts at safeguarding the rights of children, women and all other vulnerable groups in the country. According to the BBC, “On Twitter, many Nigerians expressed concern about the government’s failure to tackle gender-based violence, and questioned whether parents were bringing up boys properly.” To this end, it crucial for CSOs and other concerned Nigerians to join her family and friends by taking to social media to demand justice using the hashtag #JusticeForUwa.

It was David C. Coates who said: “An injury to one is an injury to all.” In a society where women are becoming endangered species, we must act fast to deliver these precious jewels from the marauding claws of predators. The United Nations alongside other partners should initiate interventions in targeted areas to improve the gender-based violence policy environment at national and state levels through providing survivors with medical, reproductive health services and psychosocial care to rehabilitate women and girls who have been abused towards helping them to overcome their nightmare.

May Charles Lwanga – 22 (Patron Saint of Catholic Action and Black African Youth), Kizito – 13 and their twenty-one companions who were burnt alive in a group between 1885 and 1887 after being tortured for refusing to allow themselves to be ritually sodomised by King Mwanga of Uganda intercede for all young people and other vulnerable people across the world as we mark their feast day today. Meanwhile, we await justice for Uwaila. May God bless all women and keep them safe! 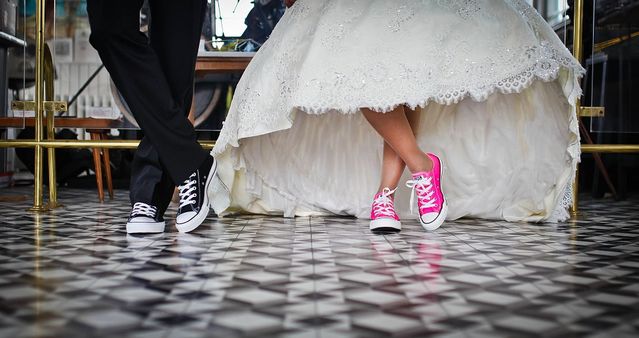