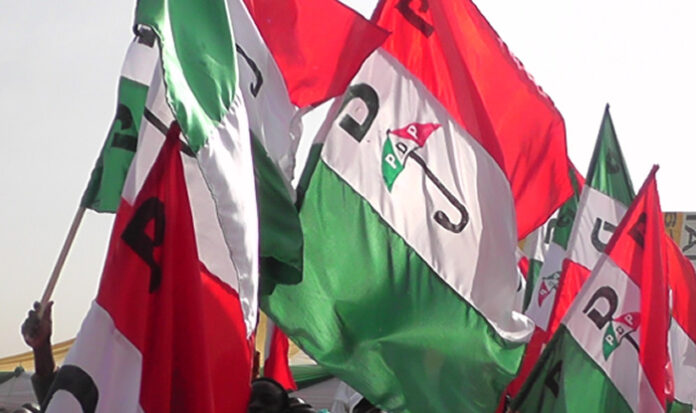 The Peoples Democratic Party has again, suffered a setback as two members of the House of Representatives under the party have defected to the ruling All Progressives Congress (APC).

The letters were read on the floor of the house during plenary on Wednesday.

They cited their reasons for defection to be that they consulted with their constituents and they like the Speaker’s leadership style.

In protest against their defection, prominent members of the opposition called for the declaration of their seats vacant.

Prominent amongst them are the minority leader, Ndudi Elumelu and Kingsley Chinda, leader of the PDP caucus.

However, Gbajabiamila urged them to “go to court if they feel dissatisfied.”

In his words, the speaker averred that he was told the same thing as a minority leader whenever he protested the defection of members of his political party.