A week after a group known as Indecline released embarrassing statues of Donald Trump to protest his comments, an anti-Hilary group has retaliated. Over the weekend, the unknown group released unflattering naked portraits of Hilary Clinton titled ‘The Ugly Sides Of Hillary Clinton” in a smear campaign that many find appalling…there’s even one portrait of Hilary and a bottle of alcohol 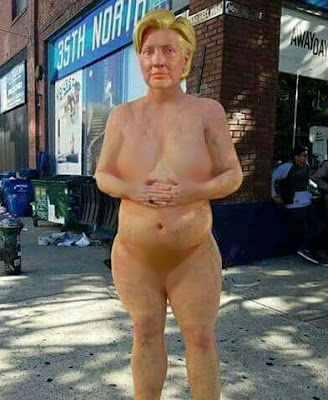