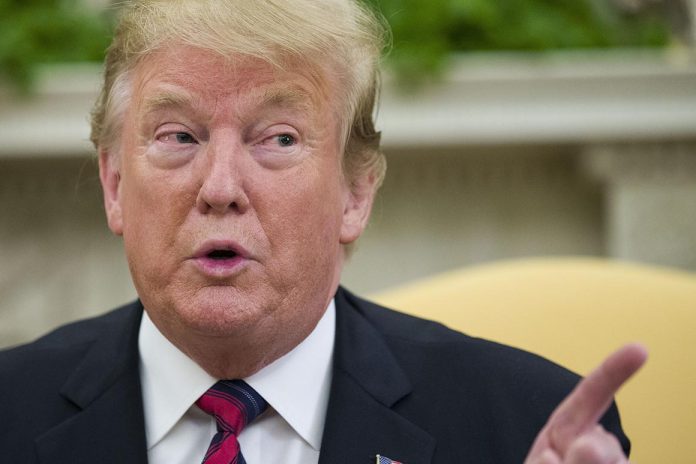 The U.S President, Donald Trump on Wednesday said China had broken the trade talk deal and this would cause an increase in the Tariffs if a deal is not reached.

His comment came after Beijing said it would retaliate with “necessary countermeasures” if the US raises tariffs on Chinese products.

Over the weekend, Trump surprised markets by threatening in a Twitter post that he would significantly raise American levies on Chinese goods, with a first increase this coming Friday, and another shortly after.

Trump also said that if the two sides do not make a deal, there was “nothing wrong with taking in more than $100bn a year”.

Sources familiar with the talks said China’s latest demands for changes to a 150-page document that had been drafted over several months would make it hard to avoid the US tariff hike on Friday. That increase would affect Chinese imports from computer modems and routers to vacuum cleaners, furniture, lighting and building materials.

Scott Kennedy, a China expert at the Center for Strategic and International Studies in Washington, said the talks were at a delicate stage and much depended on what sort of proposal Liu is bringing to Washington.