In all likelihood, there is no one else on the African continent and elsewhere in the world whose life account is as startling as Nelson Mandela’s.

Born on the eighteenth of July, 1918 to the family  of Gadla Henry Mphakanyiswa and Nosekeni Faany, Nelson Mandela was christened Rolihlahla. This name, given to him by his father, literally means in Xhosa language “pulling the branch of a tree”. But colloquially, it means a “troublemaker”. And it manifested in Mandela, as before and during the course of his imprisonment on Robben Island for 16 years, champions of the institutionalized racism in Apartheid South Africa felt intensely his troublemaking.  But, of course, “troublemaking” as used here does not emanate from the literal sense of negative meaning but from Mandela’s own possession of an acute sense of justice and fairness and his relentless attack on their antitheses. As such, he could not keep from fighting those antitheses—injustice and oppression—even while in prison. In fact, it is interesting to note that the prison warders, tired of his constant fight against them for these crimes, would often complain: “Ag, Mandela, you are a troublemaker”.

But I will be grossly in error to situate Nelson Mandela’s greatness merely in the context of his naming, much as this may have played a part towards that end. Naming, in the African context, of course, speak volumes about our destinies. And yet, we know that there are those who have been born in a royal family, given a name of destiny and who have been transferred the genetic virtue of “a stubborn sense of fairness” as Nelson Mandela but who have squandered the opportunity to fulfill their mission here on earth.

For Nelson Mandela, there appears to have been a spiritual being or guardian that brought him news early of his noble blood and mission and then dictated his every move at every given circumstance in life.

This is perhaps why he made two risky decisions quite early in his life. One of such decisions was to leave his university, Fort Hare, as a second year student when he disagreed with the conduct of his five colleagues, the Student Representative Council (SRC) and the very election of the SRC and was thus presented with the choice of either conforming or leaving the university by the principal.

The second decision this great man made early in life was to run away from the regent, his guardian with whom he lived and looked up to for education and keep after the death of his father, when he arranged for him to marry. Mandela then ran to Johannesburg, “a city of danger and of opportunity” as he saw it.

It was in this city, Johannesburg, that through the system of Apartheid which literally means “apartness” that black life in South Africa was subjected to one of the racist systems the world has ever known. But it was also in this city that Madiba, driven by fate, arrived and with his bare hands tore the jaws of the beast called Apartheid! He fought under the umbrella of the African National Congress (ANC) with heroes like Walter Sisulu and Oliver Tambo among other brave men. However, this was not to be without his grim struggle against poverty, marital strains and tragedies, the worst  of them being his imprisonment for 27 years—first, at Pretorial Local, next on Robben Island, then Pollsmoor Maximum Security Prison and lastly at Victor Verster. And how humbling to know, as Mandela revealed, that “Victor Verster house was the first spacious and comfortable home I ever stayed in, and I liked it very much”.

But this was just a little out of the many rewards that came to him later as a doughty fighter for the freedom of his people. For while alive, Nelson Mandela received over 240 awards including the Nobel Peace Prize for 1993.Statues of him were also erected in his honour in different places including outside the Victor Verster Prison in Paarl, Western Cape. More to the point, Mandela was crowned with a crown of grey hair which he donned until his death at the age of 95.

And to honour this global icon, the whole world went to South Africa.

Madiba, it is indeed an honour that you shared this earth with us!

Andrew Bula teaches English as a Foreign Language in the Center for Lifelong Learning at Nigerian Turkish Nile University, Abuja. 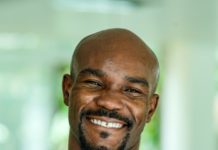