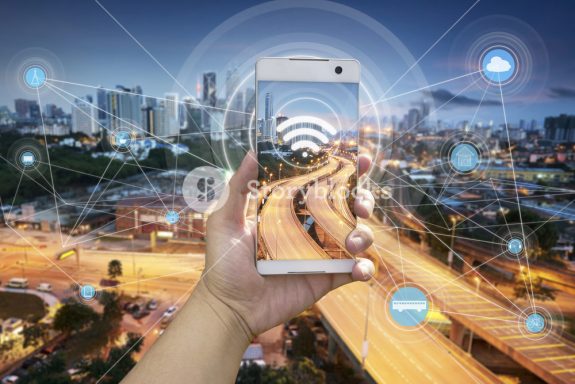 Insentience cannot have intelligence, but the modern public relations revolution would have you think otherwise.  Smart phones, smart bombs, and, it follows, Smart Cities (capitalising such terms implies false authority), do not exist in that sense, whatever their cheer squad emissaries in High Tech land claim.  They are merely a masterfully daft celebration of tactically deployed cults: there is a fad, a trend, and therefore, it must be smart, a model option to pursue.

What does exist is a naming industrial complex, a conniving fraternity that gives them some form of nominal existence: to utter and label is to create.  These people are, in due course, paid ample amounts to whisper such packaged sweet nothings, the tech wizards in alliance with the marketing gurus.

Naming systems as if they were intelligent has a long pedigree in the kingdom of mechanical designations.  The US Department of Defense came up with a scheme in 1963 to generate various names, which might give you the impression of unwarranted sophistication or even cuddliness.  Little wonder that the term smart came to be used in the naming process.

In the 1970s, the term “smart weapons” came into usage to distinguish laser and TV-guided munitions from the standard, lacklustre non-wonders such as “dumb” bombs.  This false distinction should never have taken off, but it did, proudly asserted in military circles as gospel.  An article in 1987 by A.R. Newbury in the RUSI Journal sums this up without a shred of cynicism.  “In particular, ‘smart’, or even ‘brilliant’, has been used to describe weapons which can acquire and attack targets with the minimum of external support.”

Subsequent deployments of these weapons revealed, in time, a distinctly “dumb” streak.  William M. Arkin, having been a military advisor for Human Rights Watch, suggested that “smart” weapons did not preclude dumb uses, such as targeting.  Arkin specifically references the bombing of Pančevo’s Lola Utva plant in 1999, a factory that “was simply not in a position to contribute much of anything to Yugoslavia’s military” when it was hit by NATO forces. Besides, “all weapons,” according to internal Pentagon documents, “show that for all weapons – smart and dumb – only 58 percent of the intended ‘aimpoints’ were hit.” Much none-too-smart nonsense continues to circulate ad nauseam, in the field.

From the weaponry of states deployed with varying measures of accuracy and bungling, supposedly vested with the euphemistic charm of being intelligent, we find similar measures in proposals that seek to identify the magic of smart weaponry held by domestic citizenry.  Take, for instance, the idea of “smart” guns.  In 2014, the US Attorney General Eric Holder gave an example before a House appropriations subcommittee.  The theme: how guns “can be made more safe” in a managed environment that would still enable US citizens to exercise their second amendment rights. “By making them either through finger print identification, the gun talks to a bracelet or something you might wear, how guns can be used only by the person who is lawfully in possession of the weapon.”

The fallacy of naming in order to vest technology with a sensibility persists in other areas.  Labelling teams work around the clock.  Domestic appliances have not be spared; the home has been invaded by their language.  As a world-weary David Capener observes, “Marketers know that we, the public, are often stupid enough to believe that thanks to their technology, life is better now than it was way back in, say, the primitive Nineties.”  The anatomy of such a city is based on its technological expression, one as equally sinister as it is questionable.  It takes the form of continual, mass surveillance typified by sensing devices; vending machines with in-built biometric sensors; concealed black boxes located through the city’s urban settings.

Rio de Janeiro’s mayor, Eduardo Paes, was one such convert to the idea.  In his response to the 2010 mudslides, he forged ahead with plans to create an urban command centre based in the Cicade Novo district known as the Centro de Operações Preifetura do Rio de Janeiro (COR). “COR,” as The Guardian noted, “brings together the municipality’s 30 departments and private suppliers into a single monitoring rom.  Here, they track real-time conditions in the city, when necessary coordinating a response to emergencies and disruptions.”

In terms of cities, London is considered one of the smartest, despite its crowding, desperate chaos and poor planning.  As a sceptical Bruce Sterling reminds us in The Atlantic, “London is a huge, ungainly beast whose cartwheeling urban life is in cranky, irrational disarray.  London is a god-awful urban mess, but London does have some of the best international smart-city conferences.”

The naming logic becomes a necessity, linked to technological need.  You are told that the whole business is necessitous and vital.  You simply could not do without it.  As Sterling suggests, burying fibre-optic capable gives you the internet; towers and smartphones generate “portable ubiquity”; breaking a smartphone into component parts – sensors, switches, radios – gives you the internet of things.  But when all are linked, and examined, you also get the dumb aspect of things, insensate, machine oriented, duly named to trick the gullible.  Behind this lurk the familiar pagan gods: the internet, cloud computing and capital.