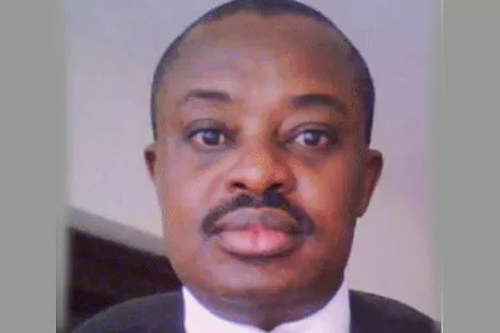 The Nigerian political elite behaves like a colonial or Apartheid elite. They inhabit an island of opulence and extravagance in an ocean of encompassing poverty and mass suffering. It is an island governed by vicious exploitation of the system, crass contempt for the people and total indifference to the pervading misery of the masses. Therefore, it is not uncommon for the Minister of Education, in his mindless elitism, and unconcealed disdain for the educational system he administers, to have all his children studying in schools overseas. It is also not unusual for the Minister of Health, in his utter scorn for the health care system that he superintends, to travel to Britain, Germany or American, just for routine medical checkups.

As of 2014, overseas medical trips by high ranking government officials cost the federal government about N250 billion ($1.25 billion). The Jonathan administration tried to reduce medical tourism to its barest minimum by stopping government officials from seeking medical treatment abroad, except in cases it can be proven that the needed medical services do not exist in the country. Nigerians had reasonably expected that President Buhari, inconsonant with his promised “change”, will reduce medical tourism and its attendant toll on public coffers, and corollary, improve the health services with the country.

Paradoxically, more than any other Nigerian president, Mohammadu Buhari, glamorized medical tourism. It received a matchless boost from his administration. Some of his medical trips were necessary, as some of his illnesses demanded medical services not available in the country. But, at least, one of them, to treat an ear infection, was certainly superfluous. An ear infection is not an exceptionally grievous illness; it could have been treated in Nigeria. That trip was disconcertingly reminiscent of the scornful antics of earlier Nigerian administrations, and their dramatized insensitivity to public sentiments. After more than four years of the Buhari presidency, medical tourism continues unhindered, and the Nigerian healthcare delivery system remains moribund and in disarray.

In May 2019, the former Nigerian Minister for Health, Isaac Adewole, appeared before the Nigerian senate. And the then-Senate President, Bukola Saraki, said, “The senate is concerned with the deteriorating conditions of hospitals and health facilities across the country.” For, “despite the annual budgetary allocation to the health sector, Nigerians are still dying because of obsolete equipment, the poor state of infrastructure, lack of generating sets, lack of power, sometimes lack a diesel, lack of drugs, etc …” Ostensibly alarmed about the despicable state of the healthcare delivery system in the country, the senators questioned the minister; and the scholarly, starchy professor of medicine answered their pointed questions. But then, despite the supposed solemnity and appropriateness of the legislative exercise, like most things Nigerian, it was a charade, just an exercise in hypocrisy.

The fundamental source of the problems of the Nigerian health system is obvious, and the senators grilling the Minister for Health knew it. The health system is suffering from neglect. Both at the state and federal levels, the system is underfunded. At the African Union Abuja Declaration of 2001, African leaders pledged to commit at least 15% of their annual budgets to health. Lamentably, Nigeria has never, for once, met this benchmark. It has never allocated more than 6% of its budget to health care. Secondly, due to corruption, a significant percentage of the health budget is speculated by government officials and hospital administrators.

Health workers are not motivated because they are inadequately remunerated, and are sometimes, not paid their salaries for many months. And the federal government is notorious for reneging on its agreements with health workers, especially, on remunerations and employee benefits. Not surprisingly, strikes by medical doctors and other health workers are prevalent in Nigeria. There is a mass exodus of Nigerian doctors and other health workers, especially, the most qualified, to different countries of the world. In addition to reducing the quality of available medical workers in the country, it increases the ratio of health workers to the general population. With this alarming mix of woes, what can be expected of Nigerian hospitals?

They are in a dreadful state. They, especially public hospitals, are substandard and inefficiency: equipment is either unavailable or obsolete, infrastructure dilapidated, and lacking generating sets, power, diesel, and drugs. Unmotivated and sometimes, deliberately operating below acceptably medical and ethical standards, the doctors and nurses that run them are mean-spirited, bad-mannered and cold-hearted. The hospitals are overcrowded, teeming with patients suffering and dying from variegated diseases, including readily preventable and treatable ones. Not surprisingly, the number of unnecessary and avoidable deaths in our hospitals boggles the mind. Nigeria has one of the highest pregnancy-related deaths in the world. With 2% of the world’s population, it accounts for 11% of the world’s maternal mortality and 12% of the world’s under-five mortality.

Refreshingly, in a recent event at the Alex Ekwueme Teaching Hospital, Abakaliki, President Buhari, speaking through a representative, demanded an end to medical tourism because the country can no longer afford it. Nigerians were both baffled and titillated by this demand from the Ubermensch of medical tourism. We hope that the statement was dictated by a genuine change of heart towards medical tourism and that Mr. President will practice what he is beginning to preach. For “an ounce example is worth more than a ton of precepts”.