David Umaru, the senator representing Niger East Senatorial District, has revealed that bandits and cattle rustlers killed 400 people within the region in 2016.

According to Umaru who briefed journalists on the deteriorating security situation in the crises-ridden area, on Wednesday in Minna, the bandits defiled and abducted several women and girls, while thousands of livestock were rustled.

“From statistics obtained from community leaders, property worth millions of naira were also stolen or destroyed by the bandits that were usually heavily armed,” he said.

NAN reports that the senator urged Governor Abubakar Bello to adopt urgent measures to check the trend and particularly suggested the relocation of the state’s police headquarters to the affected area to “liberate the people”. 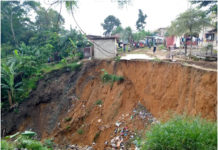