A student of the Adekunle Ajasin University has been beaten to death by a member of the school’s cadet corps.

There is palpable tension in the campus of the Adekunle Ajasin University, Akungba, Ondo State, after some cadet corps members allegedly beat a 400-level Psychology undergraduate, Ewaweron Olumuyiwa, to death.

In a petition written to the Vice Chancellor and signed by the Student Union President, Odunyemi Adegbola, and the General Secretary, Segun Odunayo, the cadet corps members have been taking laws into their hands and inflicting pains on the students.

“The leadership of the union wishes to inform the entire student body that Ewaweron Olumuyiwa aka Mafuge, a 400L student of Psychology department is dead.

He died few days after a gang allegedly led by the former cadets’ commanding officer, Major Adedoyin Adeola (Iron-Body) invaded his hostel (Shanghai Villa) and beat him till he went into a coma.

The cadets’ base is declared locked by the union till further notice. We advise Mr. Adeola Adedoyin to surrender himself to any near-by police station or risk being arrested by men of the Nigerian Police Force.

However, the leadership of the union is seizing this opportunity to commiserate with the family and friends of the deceased.” 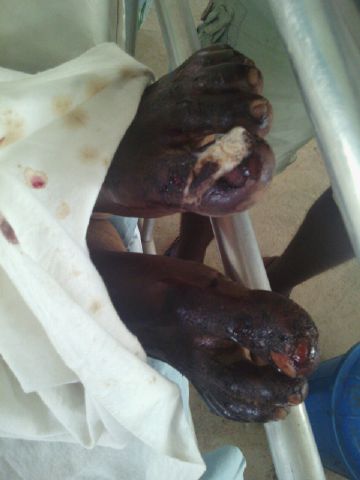