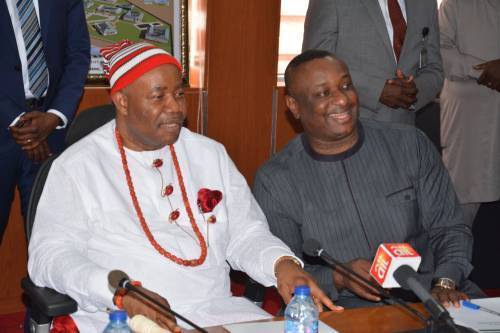 Going by the words of President Muhammadu Buhari on Monday, August 19, 2019 at the retreat for the ministers that; ministers will be responsible for the development and implementation of policies, programmes and projects in their various ministries, departments and agencies in line with the government priorities; and  also ensure that agencies under their ministries are effective, efficient and accountable in their responsibilities, then, it will not be wrong  to conclude that  a fundamental change of direction that will usher in a radical improvement and efficiency  among  government ministries, parastatals and agencies, has finally arrived in our political geography.

While some see the appointment as Mr President’s ‘smart’ way of returning the problem to the owners for a solution, others view the development as well-intentioned, since Akpabio and Keyamo are from the region, and aware of what the people stoically endure. Such experience they submitted, will spur them to a  level of performance  that will reverse the present predicaments facing the region; bring out something different that will help shape the region; and rededicate, promote and intensify resource generation that all federating units can utilize.

Though, Mr Goodswill Akpabio has assured PMB and Niger Deltans of the readiness of the ministry under his leadership and that of Festus Keyamo (SAN) to bring to fruition the dreams of Mr President. Noting that they have a very big task ahead of them but the task is surmountable as they will surely deliver.

Arguably a well-structured position, but considering the fact that the factors that impede the development of the region these years is still alive and active, I am tempted to state that he poorly defined or vaguely comprehended the enormity of the challenge before speaking. Or better still, commented peripherally without an in-depth study of concepts and approaches of the past failed initiatives targetted at solving the region’s environmental and socioeconomic problems.

As background, for over five decades, since oil was discovered in commercial quantity in the region, ‘a fierce war has been raging between ethnic and social forces in the Niger Delta region of Nigeria. As a direct consequence, a long dark shadow has been cast on the efforts of successive administration to improve the well-being and economic development of the region’s individual, peoples and community’.

To, therefore, localize, grasp and find a solution to the critical issues plaguing the region, it is important for the Ministers to recognize that, bringing a radical improvement or achieving sustainable development in a way that both protects the rights and opportunities of coming generations will not be possible if they (ministers) present themselves as all-knowing, more generous, more nationalistic, selfless, more honest or kind, more intelligent, good looking or well-briefed than other stakeholders.

Rather, it is vital at this stage that they formulate questions in a way that will facilitate the discovery of solutions to; what impeded the development of the region all these years; ask solution-oriented  questions as to why the current legislative framework is not providing a strong source of remedy for individuals and communities negatively affected by oil exploration and production in the coastal communities; find out why it is not effective and enforceable; why the framework as a legal solution to the issues of oil-related violations not very comprehensive; And most importantly find out why Mr. President who continuously mouths his determination to solve the crisis in the region, declined assent to the Petroleum Industry Bill(PIB), a document that has the template as well as a solution to the nagging challenge in the region, passed by the outgone 8th Assembly.

This should be followed with the propagation of collaborative arrangement with-Environment, Petroleum and Justice Ministries, and operators of the up, mid and downstream sector of the oil and gas industries operating in the region as well as respect these stakeholders as co-soldiers in the development army with the same ranks and tasks.

In order to respond with maximum freedom on issues regarding the Niger Deltans, Akpabio/Keyamo must imbibe the habit of writing down at all times each point of uncertainty, estimate the probability of a positive or a negative outcome in each case, and access the probable impact on the overall result if each decision should end in a negative outcome before taking any far-reaching decision about the region.

To succeed on this position, Akpabio led ministry need to find a solution and fast to the challenges created by the Niger Delta Development Commissions (NDDC), and that of the Presidential Amnesty handlers. To explain this point, while the coastal dwellers have  in recent times perceived and referred to NDDC as  ‘a city boy’ that has nothing to do with coastal regions, the pronounced threat created by the Presidential Amnesty office inability to create jobs for the large army of professionally trained ex-militants have characterized the entire programme as a horse shaking off flies with its tails oblivious of the fact that as soon as it stops to flail its tail, the flies will come back more determined to snipe’.

Standing as a telling proof of neglect is  an open letter dated May 20th, 2019 by the Riverine communities in Delta state forwarded to Senator (Dr) Ifeanyi Okowa, the Executive Governor of Delta state, where the group bemoaned the non-presence of government projects in the coastal areas, lamenting the Niger Delta Development Commissions’ (NDDC), choice of cities and towns for their   projects, and advocated for the creation of Coastal Area development agency (CADA), as a way of ensuring a sustained development of the area.

While wrestling with this major concern, the Ogoni land clean-up is another thorny challenge the duo must tackle. The truth as it presently stands is that to the watching world, the clean up really holds the success key of this administration.

The reason is simple. Apart from failed promises in this direction by the current administration, any effort by the Federal Government to re-engineer prosperity in the region without first cleaning Ogoni oil spill will amount to attempt in futility because of the international attention that particular development has elicited.

For example, Festus Keyamo, as a lawyer should be aware of the African Commission decision that found the then military administration  culpable of  glaring environmental injustice meted to the people of Ogoni land and other   Niger Delta communities,

It was the Social and Economic Rights Action Center (SERAC)  in close collaboration with the New York-based Centre for  Economic and Social Rights(CESR)  that filed a communication (Social and Economic Rights Action Center (SERAC) Vs Nigeria) with suit Number 155/96  before the African Commission on Human and Peoples’ Rights  against the Federal Military Government of Nigeria asserting that the wild spread contamination of soil, water and  air, the destruction of homes and the climate of terror visited upon the  Ogoni communities constituted a violation of their rights to health, a healthy environment, housing, and food.

As a response to the communication, the Commission on October 2001, gave a well-considered rule finding the Federal Republic of Nigeria in violations of 2, 4, 14, 16, 18(1),21 and 24 of the African Charter on Human and Peoples’ Rights (ACHPR), and therefore recommended a total clean up of the polluted Ogoni and other adjourning communities in addition to taking preventive remedial and compensatory measures to improve economic and social outcomes for the Ogoni community.

But close to two decades after that judgment, the Ogoni and other communities are still waiting for the FG to implement the directive from the same commission that they are a signatory to; a development that is considered bad for morals.

Akpabio and Keyamo have as a duty to convince, and collaborate with the necessary government ministries/agencies to save the Ogonis from these excruciating pains. This should be done not merely for political consideration but from the views of national development and sustenance of our democracy

Using the minimum components of the right to a healthy environment-Ogoni community  as a baseline, the environmental condition of the coastal communities in the Niger Delta  region can best be described as not only deplorable but graced with non-development, poverty and extreme lack of government presence. This particular revelation calls for action.

Another key point that may guarantee a fast-tracked development of the region is the immediate relocation of the headquarters of (both private and government-owned) organizations to the region.it will not only add to a new relationship but soaks up the existing tension.

Specifically, Nigerians have in different times and places argued that government agency such as the National Oil Spill Detections and Response Agency (NOSDRA), Nigeria National Petroleum Corporation(NNPC), and its subsidiaries have no business being in Abuja since the chunk of its responsibility is in the Niger Delta region.

While waiting for Mr President to sign the passed PIB to, getting the Federal Government to implement the 16points development agenda as drafted  by the Pan Niger Delta Development Forum (PANDEF) and handed over to the FG., will be considered a right step taken in the right direction.

Finally, though faced with interminable socioeconomic and environmental challenges, which prove to have no single answer, one thing is sure. Niger Delta is troubled but not despondent. A situation that makes it easy for them to be managed and contained if only the federal government via the Niger Delta Ministry could come up with a plan and will to tackle the challenges as currently faced by the people of the region.   And I hold an opinion that any government desirous of developing the region must among other things ensure that the Petroleum Industry Bill is passed into law. 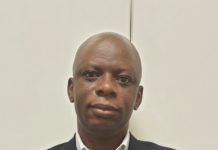