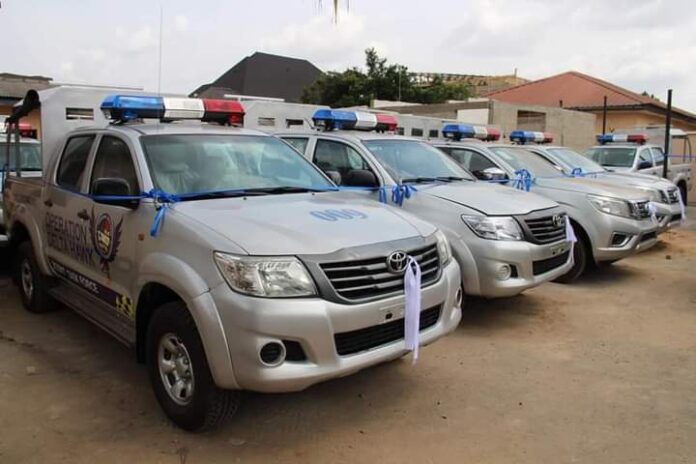 TNC gathered that one of the operatives in pursuit of a suspected criminal trying to jump arrest, fired shots at him.

The bullet however strayed and penetrated a nearby shop, hit and killed the owner on the spot.

According to an eyewitness who spoke on anonymity, “the officers were chasing a young boy who was escaping. They opened fire on him around the Government House, Asaba but the bullet strayed and killed a woman instead.”

The source said her corpse was abandoned at the scene by the security team as angry mob trooped out in reprisal attack.

The Police Public Relations Officer, Onome Onovwakpoyeya who confirmed the killing of the woman said the force does not have enough details of the circumstances.

Operation Delta Hawk, a joint security taskforce, was inaugurated earlier in December, 2020 by the State Governor, Ifeanyi Okowa, to assist in addressing the increasing challenges of insecurity in the oil-rich state.

However, some quarters have expressed concerns over the composition of the outfit and the competence and integrity of members, especially with the spate of extra-judicial killings by Police and other regular armed groups which had sparked off protests across the country earlier this year.