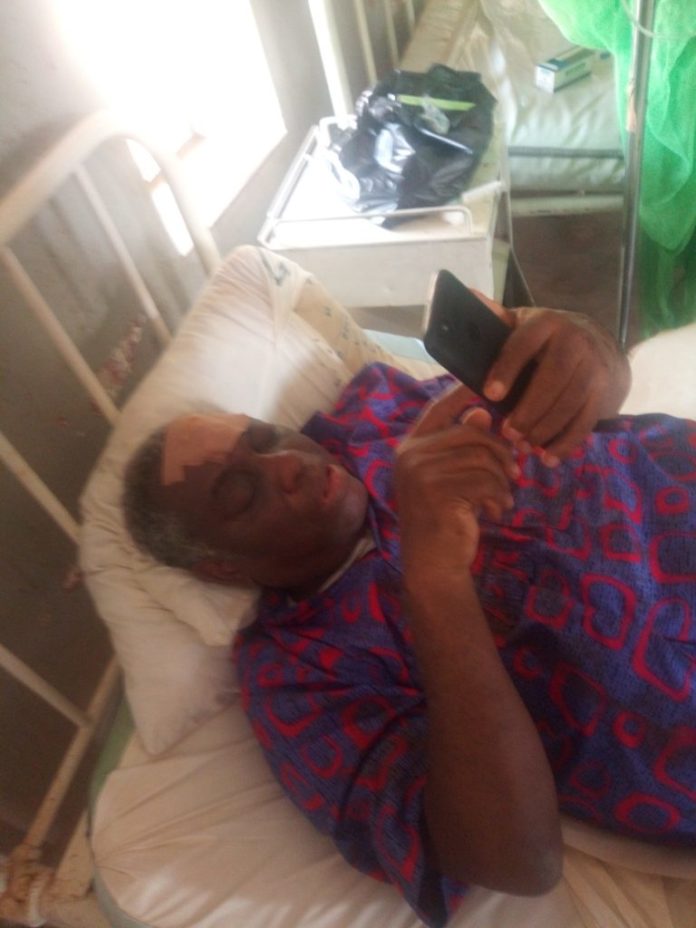 Ringed in his residence by three AK-47 bearing men, shortly after his evening family prayer meeting, Rev. Adebayo James Faminlunwe, 70, had no defence but prayer.

Calvary Ministries (CAPRO), an international Christian missions agency started in Zaria-Northern Nigeria in 1975, had suffered many armed invasions on its Central Nigerian base in Gana-Ropp village, 30miles southeast of Jos the capital of Plateau State.

Tuesday, May 5, 2020, however, came with a different experience. With no clear motive, the invaders, scaling through 8ft tall brick fence, started shooting from the main entrance of the CARPRO Country Director’s official residence. Rev. Adebayo, the current CD, was in his library, studying the Bible.

Unable to swiftly move before they arrived, Adebayo was shot in the central part of his forehead from a distance of less than 5mtrs. A typical AK-47 propelled bullet would pierce any surface and burst out the other end within the length of a football field. The cleric however still managed to make emergency phone contacts, even while gushing out blood from the wounded forehead.

“I don’t know how it happened,” said Adebayo. God, the cleric said did it.
His son, Adu’a, shot in the thigh, was nearly taken away by the attackers in what appeared to be a kidnap attempt. His mother and brother who attempted unarmed resistance were also shot in delicate areas, but none died.

A local civilian security man said herdsmen from neighbouring hamlets had been a constant threat since June 2018 when they killed over 40 Christians in a local church but could not penetrate the CARPRO premises.

Few hours before the latest attack, some, attempting to graze in a restricted area within the mission premises were resisted, leading to brawls. Police sources also say items commonly used by herders were recovered from the scene of the attack.

No arrest has however been made, but State Government officials directed security operatives to rescue the attacked, during the invasion and might pursue the case. Many similar crimes in the State including the murders of serving lawmakers, village Chiefs and an ex Civil Service boss have yet to be solved.

Efforts to get officials to comment on the attack were unsuccessful as at the time of going to press.