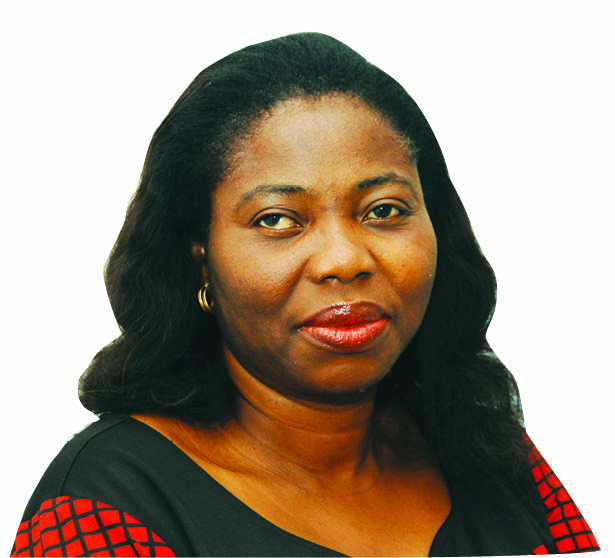 Barring any last minute delay, the University of Nigeria, Nsukka, will hold its conference on witchcraft in a matter of days.  Tagged “Witchcraft: Meaning, factors and practices,’’ the conference, to be convened by the Professor B.I.C Ijomah Centre for Policy and Research Institute, is scheduled  to take place between November 26 and 27.

A notice of the event indicates that David Ker, a former vice chancellor of Benue State University, would be the keynote speaker while both the university’s vice chancellor, Charles Igwe, and the director of the Ijomah Centre,  Egodi  Uchendu, are expected to be the hosts.

I may not know what the UNN is planning to achieve through this conference; however, I assume it is part of the university’s drive towards deepening people’s understanding of the subject matter, thereby contributing to the body of knowledge.  Regardless of the university’s reason for organizing a witchcraft conference, it won’t be out of place to set an agenda for the confab.  First, it is expected that the conference won’t end up complicating an already complex issue of witchcraft in the Nigerian society. I also expect that speakers will thoroughly deconstruct the myths around the practice of black magic, because this is what we need in this country now.

It will be counterproductive for a prominent institution like the UNN to do anything that will further deepen Nigerians’ beliefs   in witchcraft or abstract powers.   Already, different societal ills resulting from government’s failures at various levels are being   attributed to the activities of witches and wizards by some folks in this country.  There is a need to change this narrative.  Universities as citadels of knowledge should be at the forefront of educating   people to view problems analytically in order to proffer logical and practical solutions to them.  Basically, our higher institutions should be seen to be championing a change of negative belief systems that have kept the nation on its knees for years.

It is disheartening how some Nigerians quickly conclude that spiritual powers are at work whenever they are faced with difficulties that they don’t seem to have answers for.  Unfortunately, religious groups take advantage of this and make people go through many harrowing experiences all in a bid to finding solutions to problems that ought not to be in the first instance. Rarely is there any city in this country where there are no fetish things otherwise called ‘sacrifices’ supposedly prepared to appease the gods, witches or wizards placed in some corners or major T –junctions.

Don’t get me wrong. No one is denying the existence of witches and wizards.   By the way, the ones in Nigeria even have an association known as the Witches and Wizards Association of Nigeria.  Members speak on national issues. The association, for instance, endorsed former President Goodluck Jonathan as its presidential candidate prior to the 2015 general elections and predicted that President Muhammadu Buhari would lose in his reelection bid in 2018. It doesn’t matter if their support and prediction turned out to be of no consequence after all.

The point being made is that Nigerians should stop hiding under witchcraft attacks to dehumanize their fellow human beings. Nigeria has the highest number of out of school population in the world today with 13.5 million children out of school. Every reasonable person should know that this is a time bomb waiting to explode. Likewise, people should know that when health facilities are in a shambles and medical personnel are leaving the country in droves to seek greener pastures elsewhere, mortality rate is bound to increase.  So, when we hear stories of young people, infants, pregnant mothers and others dying, we should know that these untimely deaths are not the results of the activities of witches or wizards, but simply products of government inefficiency.

Nigerians should ask themselves how the developed world conquered the activities of witches and wizards in their own countries, after all, these words are in the English dictionary which implies that these countries must have had an idea of the meaning of witchcraft, witches or wizards before including them in their lexicon.  How come witches don’t kill infants and adults in the developed world as they do in Africa? Mass transportation business is a common feature in the developed countries. Why is it that the witches and wizards in these countries don’t succeed in sucking the blood of their passengers as they suck the blood of Nigerians on the Lagos-Ibadan Expressway or on any other high or narrow ways in Nigeria?  Truth be told,   witchcraft as a topic can only be relevant in countries that have failed to provide basic social services as well as infrastructural amenities for their people. Sadly, majority of these countries are in Africa.

This brings me to the conversation I had with a Belgian recently at a conference in Abeokuta, Ogun State.  The Belgian said he was surprised that Africans always saw premature deaths as God’s will and wondered why the same God was not killing people anyhow in the developed world.  His words:  “In my country, we die of old age. People don’t die because of   sickness or disease;   they die because they are very old. My mum is 83 years old and she just bought a new car. My country treats the death of an infant as a tragedy and it will commission a national inquiry to find out what went wrong in case an infant dies,  but in Africa, when young people die, they say it’s God’s will. Why would God allow people in Africa to die and make people like us to live so long?’’ Of course, his message was clear. He was indirectly saying that Africans should engage their brains and do the right things that will make life more comfortable to them instead of blaming God for their lack of planning and failures.

The university system should help the society to understand that a country with the third highest child brides in the world and the 11th highest prevalence rate of child marriage globally, according to UNICEF, is bound to face population explosion someday.  Also, other universities should take a cue from UNN and help educate the people on the danger of creating an army of frustrated youths, such as we have in Nigeria today.  Unemployed, or  under- employed youths without access to social security can be easily frustrated,  go into crime, commit suicide and do all kinds of unpalatable things.  These are all consequences of poor governance and not cases of witchcraft attacks.

The UNN should also reveal the real witches and wizards in Nigeria. Witchcraft has element of manipulation.  Nigerian leaders will no doubt qualify as some of the most manipulative in the world. They tell lies to get to power, they promise to make life easy for the citizens but they end up increasing the burden of the people.  The UNN should, for instance, let the world know that there are no spirits on Nigeria’s highways; that the witches in Nigeria are the governors, ministers, lawmakers, politicians, civil servants, and every other person that either steals from the common purse or fails to discharge their duties as expected.  The earlier all the universities come together to proffer solution to this witchcraft and sorcery in the leadership of this nation at all levels, the better the society would be for everyone of us.

Olabisi Deji-Folutile is a member of the Nigerian Guild of Editors.  Email bisideji@yahoo.co.uk