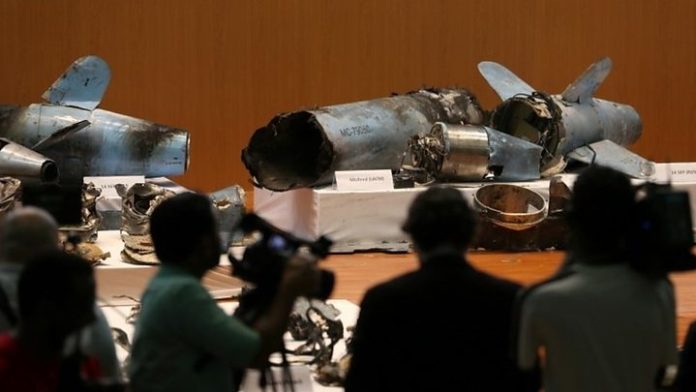 The Donald Trump administration appears to be busy stoking the fire for a possible oil war in the troubled Middle-East region. The administration announced on Friday that it is sending more troops along with air and missile defense systems to Saudi Arabia in the wake of the September 14 strikes against two Saudi oil facilities that temporarily cut Saudi Arabia’s oil production in half and sent global oil prices soaring by 20 percent previous Monday.

The development follows a White House meeting between President Trump and his National Security Council to discuss proposals for military action against Iran, which Washington and the Saudi monarchy have blamed for the attacks.

Tehran has vehemently denied these accusations. The Houthi rebels, who control the bulk of Yemen, claimed responsibility, declaring the attacks an act of self-defense against the murderous US-backed war that the Saudi monarchy has waged against Yemen for nearly four-and-a-half years, killing nearly 100,000 Yemenis and driving eight million more to the brink of starvation.

Chairman of the Joint Chiefs of Staff General Joseph Dunford, who together with US Defence Secretary Mark Esper presented a menu of options to Trump for military action against Iran, told the media that the number of US troops being deployed to the Saudi kingdom would not be “in the thousands.”

This tends to suggest that the Pentagon is sending another Patriot missile defence battery. Some 600 US troops are already deployed at Prince Sultan airbase outside of Riyadh manning Patriot missile launchers. They were sent into Saudi Arabia after the sabotage of commercial tankers in the Persian Gulf, which, as with the attacks on the Saudi oil facilities, Washington blamed on Iran without presenting a shred of evidence.

The cost of the Patriot missile defence systems run into the billions while the price of each missile that they fire is estimated at $5.00 million. This massively expensive weaponry proved useless in countering drones costing a few thousand dollars that devastated the world’s largest oil refining facility.

The dispatch of the anti-missile unit appeared to be on the low end of the scale of military options presented to Trump by General Dunford and Secretary Esper. These reportedly included air strikes against targets ranging from Iranian military facilities to oil refineries and nuclear sites.

General Dunford told the Associated Press Friday before going into the National Security Council meeting, “It is my job to provide military options to the president should he decide to respond with military force. In the Middle East, of course, we have military forces there and we do a lot of planning and we have a lot of options.”

Iran has warned that any attack on its territory would lead to “all-out war.”

The White House also unveiled a new set of unilateral economic sanctions against Iran targeting the country’s central bank, its sovereign wealth fund and an Iranian company that US officials claim is used to conceal financial transfers for Iranian military purchases.

Speaking at the White House alongside Australian Prime Minister Scott Morrison, Trump touted the new measures as “the highest sanctions ever imposed on a country,” while at the same time asserting that his administration is pursuing a policy of restraint in its escalating confrontation with Iran.

Financial analysts, however, suggested that there was far less than met the eye in the new US sanctions. The Central Bank of Iran had already been targeted under previous sanctions and its assets frozen. Those entities continuing to do business with Iran are already defying multiple sanctions imposed by the Trump administration last year after it unilaterally and illegally abrogated the 2015 nuclear agreement between Tehran and the five permanent members of the United Nations Security Council, plus Germany.

The Russian Foreign Ministry issued an immediate response to the new US measures denouncing them as “illegitimate.”

The Director of the Russian Foreign Ministry Second Asian Department, Zamir Kabulov, said  “this will not affect our approaches to Iran. As we planned, we will continue to cooperate with Iran in the banking sector. This will have no effect (on Moscow’s position) …”

While Beijing, which counts Saudi Arabia as its second-largest source of oil imports, was somewhat more circumspect, it is highly unlikely that any new measures will affect its own ties to Iran.

China accounts for half of Iran’s sharply reduced oil exports, and Beijing and Tehran this month signed $400 billion worth of deals connected to Beijing’s Belt and Road Initiative (BRI) of which Iran is a key component.

The sanctions imposed by the Trump administration after ripping up the nuclear agreement in May 2018 amount to an economic blockade, tantamount to a state of war. They have led to shortages of food and medicines, leaving cancer patients to die.

This has been combined with a relentless campaign of military attacks on Iranian-backed forces in Syria, Iraq and Lebanon, carried out by Israel with political and logistical support from Washington.

The pretense by the US government and its slavish stenographers in the US media that the attacks on the Saudi oil installations constitute some unprovoked act of aggression that came out of the blue is entirely hypocritical.

Whatever the precise connection between Iran and these strikes, the government in Tehran is under enormous pressure to find some way of countering the US attempt to strangle the country’s economy and starve its people into submission.

In his remarks at the White House Friday, Trump veered between self-praise for his “restraint” in relation to Iran and boasting to the media that that he could order military strikes “in one minute; I could do it right here in front of you. Whether it’s now or in three weeks doesn’t make any difference.” He also repeated—for the fourth time—his macabre claim that he could end the war in Afghanistan overnight if he wanted to kill “tens of millions of people,” presumably by dropping a nuclear bomb.

No doubt, Trump recognises the immense popular hostility to another war—the most recent poll indicates 80 percent opposition to the US going to war against Iran—as well as the catastrophic implications of a confrontation with Iran, in which 70,000 US troops and US warships deployed in the region would all become targets.

Whatever the US president’s opinions, however, there are powerful objective forces driving US imperialism toward war and influential sections of the US ruling establishment and the military and intelligence apparatus demanding an armed attack on Iran.

Trump on Friday also provided a seeming crude rationale for his decision to tear up the nuclear agreement with Iran. Explaining—in the language of an aggrieved Mafia boss—why the US was unable to draw the European powers into a “coalition” for aggression against Iran, he said that: “sometimes you find that people have made a lot of money that you’d want in the coalition. They’ve made a lot money with Iran, which is—you know, when President Obama made that deal, not only was it a bad deal, but the United States didn’t partake, in a business sense.”