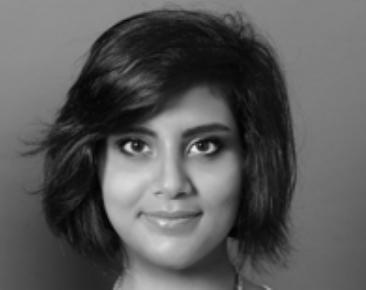 She is however, banned from travel and has a suspended sentence, which allows the authorities to return her to prison at any time for any perceived criminal activity.Late last December, following a rushed trial, Saudi Arabia’s terrorism court convicted al-Hathloul on a host of charges tied to her peaceful activism and sentenced her to five years and eight months in prison.

Two years and 10 months of this sentence were suspended. Al-Hathloul had been in detention since her arrest in May 2018, where she endured torture and other ill-treatment, solitary confinement, and long periods of incommunicado detention.Deputy Middle East Director at Human Rights Watch, Adam Coogle, says “Loujain al-Hathloul’s wrongful imprisonment has ended, but she’s still not free.  With al-Hathloul banned from travel and threatened with more prison time if she does not stay silent, her ordeal remains a flagrant miscarriage of justice.”Al-Hathloul and other activists have publicly advocated for an end to discrimination against women in Saudi Arabia for years, including abolishing the abusive male guardianship system and the driving ban on women.

Saudi authorities arrested al-Hathloul along with other prominent Saudi women’s rights activists in May 2018, just weeks before lifting the driving ban and marking the beginning of total suppression of the country’s women’s rights movement.

For the first three months, the authorities held al-Hathloul incommunicado, without access to her family and lawyer. In November 2018, human rights organisations began reporting accusations that Saudi interrogators had tortured al-Hathloul and at least three other detained women, including with electric shocks and whippings, and had sexually harassed them.

The authorities again subjected al-Hathloul to almost three months of incommunicado detention in mid-2020, prompting her to go on a two-week hunger strike in October, her second since her arrest.The Specialised Criminal Court, which often hands down lengthy prison sentences to human rights activists following grossly unfair trials, opened al-Hathloul’s case on December 10, 2020, after having suspended her trial at the regular criminal court for over a year and a half. The court convicted her on December 28, 2020.The charges against her include sharing information about women’s rights in Saudi Arabia with Saudi activists abroad, diplomats, international bodies, and human rights organisations. They also include “exploiting” her previous detention in late 2014 by mentioning it when applying for a job at the United Nations, attempting to provide mental health support to people deemed “hostile” to the state, and not being deterred by measures taken against her previously.“Saudi Arabia should quash the convictions against Loujain al-Hathloul that essentially deem her women’s rights activism ‘terrorism,’ lift the travel ban, and end her suspended sentence”, Coogle said.

“The Saudi authorities should also immediately and unconditionally release all human rights activists detained for advocating for human rights.”