The Super Eagles of Nigeria on Friday in Constantine, Algeria, were forced to a 1-1 draw by the host country in one of the last rounds of African qualifying games for the Russia 2018 FIFA World Cup. Before the encounter, the sole ticket of Group B was in the kitty for Nigeria. Algeria had one point while Nigeria as group leaders had 13 points.

A depleted Super Eagles without key players like Mikel Obi, Victor Moses, Moses Simon, Ogueyi Onazi and Odion Ighalo played against Algeria. It was expected that some of the untested players like Anthony Nwakweme, John Ogu, Ola Aina, Henry Onyekweru and even lately, Kelechi Iheanacho will soar to impress Eagles Manager, Gernot Rohr but that did not happen.

Ogu was average and it was the beautiful goal he scored that earned him average mark and not below average like Iheanacho, Nwakweme and Onyekeru. Ola Aina was also barely average. We appreciate that the result was good for the country as the Eagles finished the qualifiers unbeaten. The one point gained earned Nigeria a total of 14 out of the available 18 in the group.

The Eagles drew two games and won four. The two matches drawn ended 1-1 against Cameroon and Algeria. In Yaoundé, Cameroon earned a late penalty to deny Nigeria the three points and that was the same scenario in Algeria on Friday.

Overall, we believe strongly that the Nigerian team is very far from being ready for the World Cup. The team lacked coordination and the chemistry expected from a World Cup bound team.

More disturbing were the elementary errors committed by the Super Eagles Keeper, Okechukwu Ezenwa. Nigeria was lucky not to have been punished with one of the errors Ezenwa committed from crosses.

It was a confirmation that the team is yet to have a solid goalkeeper for a big competition like the World Cup. We are not saying this to join those who are advocating for the return of former goalie and captain, Vincent Enyeama, but it is important to have a second look at that department to get the best.

Apart from Enyeama, two or three more goalies should be given a chance before the final decision on the best three for the mundial is made. The defence looked good against Algeria, but centre pair of William Troost-Ekong and Leon Balogun has no back-up.

Against Algeria, we observed that Balogun was suspect with his face mask but because there was no reliable reserve, he finished the match.

It is a good feeling that Nigeria not only finished the series unbeaten, the Super Eagles are yet to lose a match after 33 World Cup qualifying matches. The country is only second to Spain all over the world.

The match against Algeria was a good test for the technical crew and we urge the Nigeria Football Federation (NFF) to arrange more quality friendly games for the team.

In Russia today, one of such friendlies will take place against highly-rated Argentina and we expect Rohr and his crew to also take advantage of this Grade A game to evaluate the Nigerian team. There are plenty options in the midfield which was very poor against Algeria but this particular game is good to further access the players better.

Skipper Mikel Obi was rested for Friday’s game and we expect him to bring his wealth of experience into the match against Argentina. We commend the NFF for putting the friendly together and it is important to emphasize that the result of the match does not matter, rather the experience to be gained by the players.

Many of the current bunch of players in the Eagles are yet to play at the World Cup and so the encounter against Argentina will be their first test against a world-class team. Any player that is not good enough in the two games against Algeria and Argentina could be on his way out of the World Cup list.

We make bold to clearly say that Nigeria’s team for the mundial is still weak and so much work will have to be done by the technical crew and federation in the months ahead. The team is very weak in the middle and the attack is still shaky. By the time Nigeria’s opponents are unveiled after the draw on December 1, we urge the federation to roll out more quality friendly games for the team.

If Nigeria is to make an impact as expected in Russia, the Super Eagles will have to be strengthened in many areas. We also expect the players to put in more efforts while on national assignment to boost the image of the country.

The Super Eagles are long overdue to make a good impact at global stage, the NFF and Rohr should make Russia Nigeria’s best ever outing at the Copa Mundial. Mikel and other experienced players should also help the younger ones to raise their standard in readiness for the World Cup. It is a big stage and all efforts should be made to get the team well prepared for the competition. 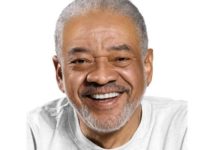